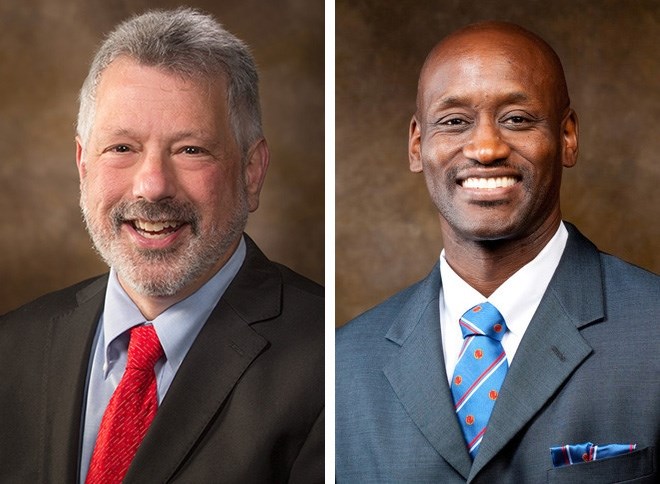 FAYETTEVILLE, Ark. – Provost and Executive Vice Chancellor Jim Coleman will leave his post at the end of the fiscal year to assume the position of provost and executive vice chancellor and professor of biology at University of North Carolina, Greensboro.

“I’d like to congratulate Jim on his new opportunity, while recognizing his significant impact on our campus,” Chancellor Joe Steinmetz said. “Jim’s leadership in all aspects of academic affairs has ushered in new directions in research and innovation, diversity and inclusion, student success and resource development. His leadership roles on our campus have helped advance many exciting developments from the Student Success Center to a new research institute. He has also brought some very outstanding people to campus as well with key hires and promotions.”

During Coleman’s tenure, the university has improved retention and graduation rates, with both reaching record levels. The university has also closed achievement gaps and improved post-graduation success, implementing several strategies including using data analytics to identify students with the highest likelihood of not completing a degree and launching a proactive, holistic advising program to support these students. Research expenditures also reached an all-time high of $180 million in 2019.

“I appreciate Charles for stepping up to support the academic affairs unit in conjunction with student affairs,” Steinmetz said. “This merger provides singular oversight for the academic and student enterprise, which obviously go hand-in-hand. In combination with a solid academic experience, a student’s out-of-class experience and health and wellness are part of a holistic approach to student success. Charles’ leadership in this area will help to amplify this connectivity and importance.”

Robinson was appointed vice chancellor for student affairs in 2016. Robinson served as vice provost for diversity affairs within the U of A division of academic affairs before being named vice chancellor for diversity affairs in 2013. He joined the U of A faculty in 1999, achieved the rank of full professor of history and has served as director of the African American Studies program.

Units reporting to the provost include all the colleges and schools, Global Campus, administrative and academic units including Academic Initiatives and Integrity, ROTC units of the Army and Air Force, Enrollment Services, Faculty Development and Enhancement, Office of Institutional Research and Assessment, Student Success, University Libraries and the Wally Cordes Teaching and Faculty Support Center. The Office of Research and Innovation and the Office of Diversity and Inclusion will move from the provost’s purview and report directly to the chancellor.