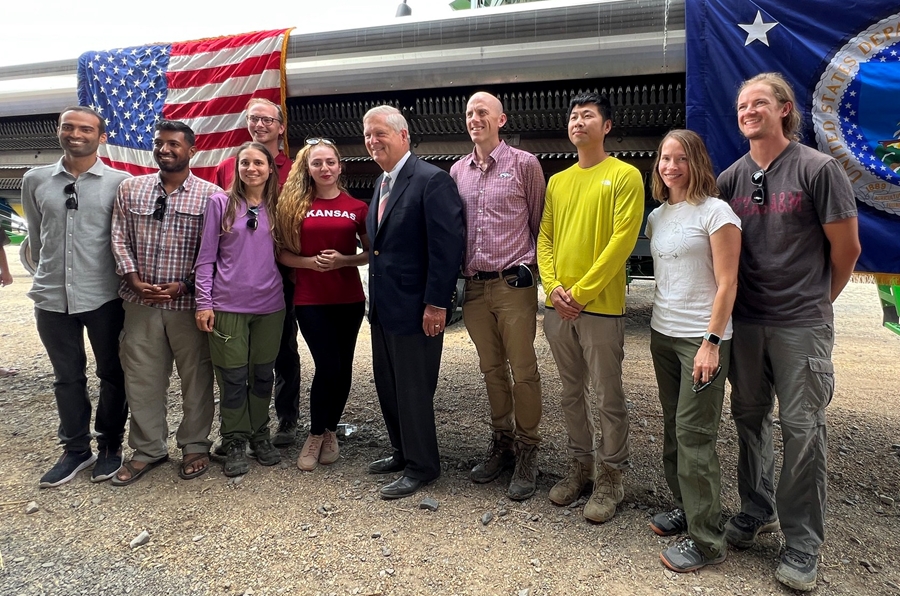 The USDA Climate Smart Agriculture Initiative project is led by USA Rice and Ducks Unlimited, which will coordinate the development and implementation. Runkle's team will receive approximately $1 million to oversee measurement, monitoring, reporting and verification to help ensure that project goals are met and well quantified.

"This project is ambitious. It aims to impact approximately one-fifth of all rice acreage in the United States," said Runkle, who teaches in the Department of Biological and Agricultural Engineering. "Farmers will receive incentives to carry out conservation practices that save water and reduce greenhouse gas emissions while maintaining large harvests."

The project is also unique in its focus on involving historically underserved farmers through partnership with the National Black Growers Council and others. The program will also fund infrastructure development for underserved farmers to create the enabling conditions for eventual implementation of conservation practices at their farms.

This grant was one of 70 announced in September comprising a $2.8 billion investment in the creation of Partnerships for Climate Smart Commodities by the USDA. U.S. Secretary of Agriculture Tom Vilsack visited the central Arkansas rice farm of Mark Isbell on Sept. 16 to highlight the project. Vilsack noted that the USA Rice-Ducks Unlimited proposal scored the highest of all applicants.

Vilsack hosted a panel discussion that included representatives from Ducks Unlimited, the National Black Growers Council, Tyson Foods, the Winrock Foundation and U of A System Vice President of Agriculture Deacue Fields III. Both Tyson and Winrock received other awards under the program. The panelists indicated the need to develop trusted labeling of goods as climate-smart that are grounded in good science and supported throughout the supply chain.

Runkle's award will allow him to hire scientific personnel to guide project data collection, document the performance of the proposal and report findings to the USDA and to the broader scientific community. He believes that if the grant team is successful in its implementation, the project could spur spin-off activities to ensure a broader, lasting reduction of the climate impact of rice production through relatively small changes in field management practices.

Because the project will be active in all six U.S. rice producing states, the data collected will also help understanding of how to make effective changes to rice production under different management, soil and climate conditions.

Runkle noted that the project will build on his group's ongoing sustainability research at the Isbell family farm, and it will also use some of the expertise gained from his current projects funded by NASA and the National Science Foundation.

Read coverage of Vilsack's visit in the Stuttgart Daily Leader.