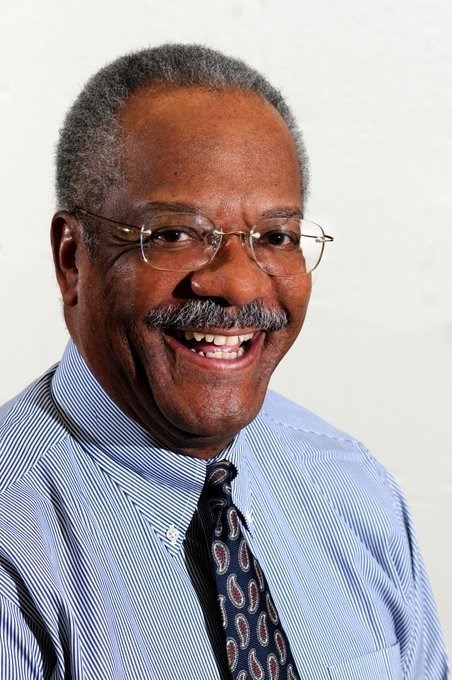 U of A's Gerald Jordan, associate professor in the School of Journalism and Strategic Media, has received many accolades over his career. Now the renowned educator and journalist, who is retiring after 27 years of teaching, will be able to add one more – the Arkansas Press Association (APA)'s Journalism Educator Award.

"Without a doubt, there has not been a journalism student at the University of Arkansas during the last 27 years who has not benefited from the mentorship of Gerald Jordan," said APA Executive Director Ashley Wimberley.

Each year, the APA's Journalism Educator Award is given to a person who has made significant contributions to journalism education in Arkansas either at the high school or the college level. The 2022 award will be presented to Jordan tomorrow, Saturday, June 25, during the Tri-State Press Convention in Memphis.

Additionally, the APA featured Jordan in a recent edition of the Arkansas Press Association Publisher Weekly.

Larry Foley, professor and chair of the School of Journalism and Strategic Media and long-time colleague of Jordan's, said he was a natural choice for the award.

"Congratulations to Professor Jordan for this grand award as he moves on to his new role as Emeritus Professor," Foley added. "This award is incredibly well-deserved, and I cannot stress enough how very much we will miss Gerald. It won't be the same without him."

"Gerald has mentored hundreds of students, and his impact on the field of journalism is just tremendous. He's as fine a man as I've ever known, a Razorback through and through, and we've been lucky to have him as part of our U of A family," Foley said.

Todd Shields, dean of Fulbright College, agreed, adding that Jordan's service and focus on student success have been unparalleled.

"We are so grateful to Gerald and so appreciative of his outstanding and unwavering service," Shields said. "Gerald just lights up the room with his infectious smile everywhere he goes, and you can't talk to a recent journalism alumnus without the conversation quickly turning to Professor Jordan and the amazing impact he's had on their life. He's a true inspiration!"

Jordan is a U of A alumnus himself, who graduated in 1970 with a degree in journalism and earned his master's degree in journalism at Northwestern University in 1971. He had a distinguished career as a reporter and editor for The Kansas City Star and Philadelphia Inquirer before joining the faculty of the then Lemke Department of Journalism at the U of A in 1995. He continued to work summers as an editor at the Philadelphia Inquirer for the next 15 years, often training and mentoring student interns.

He has also been actively involved in diversity efforts at the U of A, working to recruit, retain and support talented minority students, staff and faculty. Jordan is the first African-American to serve as president of the Arkansas Alumni Association Board of Directors and is the founding leader of two alumni societies for U of A graduates.

Additionally, Jordan has been an innovative teacher, developing the Lemke Newsroom, a semester block of journalism courses designed to provide intensive teaching and training for a limited number of students in a realistic multimedia news environment.

He is also co-founder of the Lemke Journalism Project, which over the past 21 years has brought hundreds of students from underrepresented communities to campus for journalism training. "If you don't have a newsroom that is diverse, equitable and inclusive, you are missing voices," he'd often say.

Some of Jordan's many past accolades have included being the first faculty member named U of A Volunteer of the Year in 2004, winning the Northwest Arkansas Martin Luther King Jr. Committee Lifetime Achievement Award and the Silas Hunt award in 2010, being named the NAACP Image Award Alumnus of the Year in 2011, receiving the Northwest Arkansas Democratic Black Caucus Service Award and induction into the Lemke Journalism Hall of Honor in 2012, and receiving the U of A Faculty Gold Medal in 2013, the Arkansas Press Association Distinguished Service Award in 2016 and the 2017 American Society of News Editors Barry Bingham Sr. Fellowship, among numerous others.

When Jordan found out he'd be this year's Journalism Educator Award recipient, he expressed his gratitude to his students and colleagues, adding that "This is surprising, amazing and an exit to retirement that is the stuff of movie scripts!"

"I'm overwhelmed; I really am," he said. "Thank you all so very, very much for a career that passed in a blur. Woo Pig!"