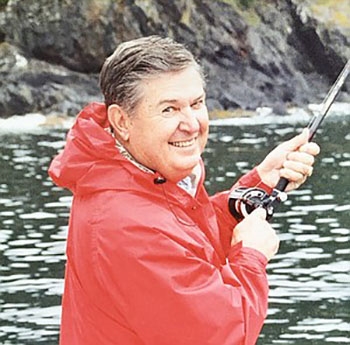 On Thursday, March 24, U of A graduate and Razorback advocate Robert “Bob” L. Bogle passed away at the age of 95. Bob and his late wife, Marilyn Bogle, were lifelong friends and supporters of the U of A and Razorback Athletics with more than 40 years of philanthropic support on campus and throughout Arkansas.

“Bob Bogle was a cherished voice on our campus, and he will be missed.” said Charles Robinson, interim chancellor. “He was a person guided by the idea that he could lift others up, and he and Marilyn did just that. Their kindness and generosity opened countless doors for our students and made remarkable things possible at the University of Arkansas. We are endlessly grateful.”

After enlisting in the U.S. Army in January 1945 and graduating from Airborne School, Bob was a paratrooper in the 82nd Airborne Division at Ft. Bragg, North Carolina. Bob continued to serve his country in the National Guard from 1954-1982 and was promoted to colonel during that time. He also served as the very first manager of the Walton’s Five and Dime located in Bentonville, Arkansas, and continued his career with Walmart for 28 more years, retiring in 1982.

“We are saddened by the loss of one of our most avid Razorback supporters,” said Vice Chancellor and Director of Athletics Hunter Yurachek. “Bob and Marilyn’s steadfast commitment to the University of Arkansas and Razorback student-athletes created an immeasurable impact on thousands of lives, and we are eternally grateful for Bob’s pioneering support of our program.”

Bob and Marilyn attended a Razorback football game in Little Rock for their first date, which ignited a lifelong passion for the Hogs. There is not an area, academically or athletically, on the U of A campus that the Bogles did not lend a helping hand. From the country’s top softball field, Bogle Park, to the Bob and Marilyn Bogle Academic Center, to Donald W. Reynolds Razorback Stadium, to the Bev Lewis Center for Women’s Athletics, to the Frank O’Mara Track and Field High Performance Center, to the J.B. and Johnelle Hunt Baseball Development Center, and many other facilities and programs, the Bogles’ legacy is everlasting. Bob and Marilyn were also recipients of the University of Arkansas Sports Hall of Honor Distinguished Service Award in 1996.

In addition to the U of A, Bob’s generosity impacted the community in which he lived including supporting the Walton Arts Center, the Symphony of Northwest Arkansas, AR Care, the NWA Children’s Shelter, Bentonville Public Schools and the Bentonville Public Library. Bob also loved the outdoors and gardening, and he devoted time and effort into several beautification projects around the city of Bentonville.