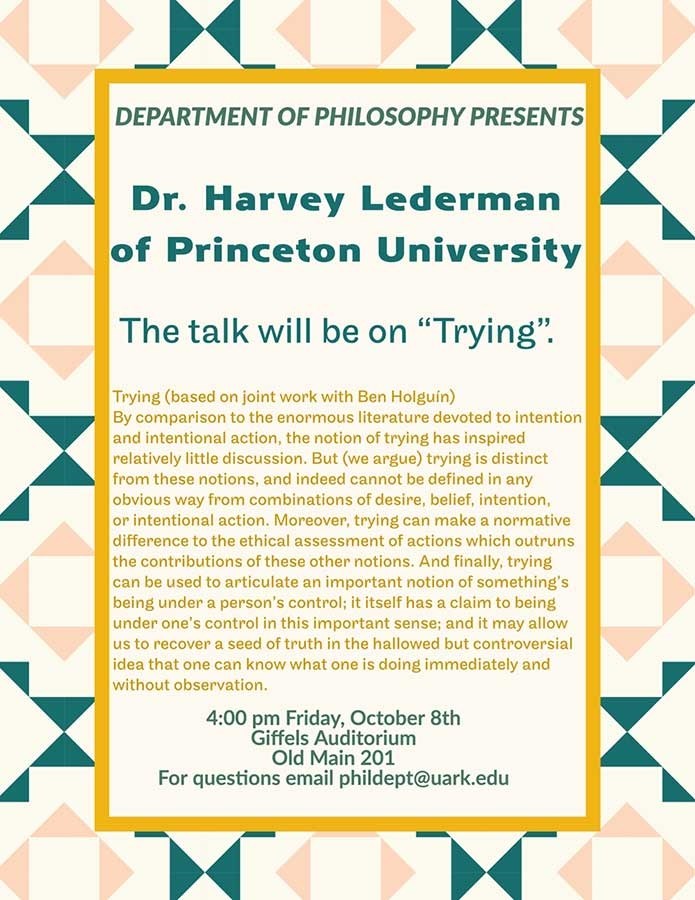 The Department of Philosophy is pleased to announce a talk by professor Harvey Lederman of Princeton University, who has published extensively on topics in epistemology, logic, decision theory, game theory, ancient Greek philosophy and classical Chinese philosophy.

The talk, titled "Trying," will be at 4 p.m., Friday, Oct. 8, in Giffels Auditorium (MAIN 201). The talk will be based on Lederman's joint work with Ben Holguín (Princeton/JHU).

"By comparison to the vast literature devoted to intention and intentional action, the notion of trying has inspired relatively little discussion," Lederman said. "But (we argue) trying is distinct from these notions, and indeed cannot be defined in any obvious way from combinations of desire, belief, intention or intentional action."

"Moreover, trying can make a normative difference to the ethical assessment of actions which outruns the contributions of these other notions," Lederman added. "And finally, trying can be used to articulate an important notion of something's being under a person's control; it itself has a claim to being under one's control in this important sense; and it may allow us to recover a seed of truth in the hallowed but controversial idea that one can know what one is doing immediately and without observation."