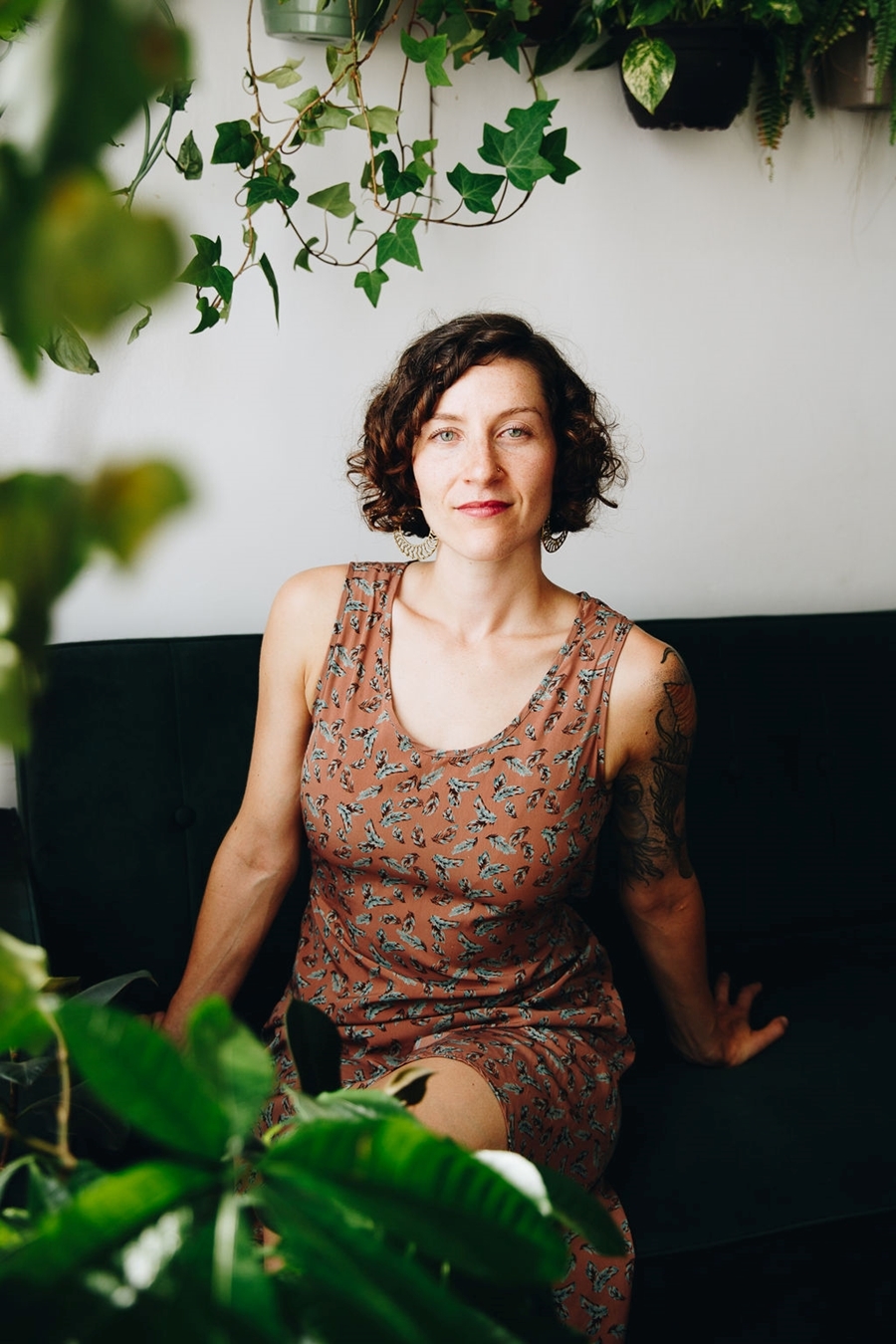 Courtesy of University of Arkansas

Playwright Gina Stevensen, winner of the 2021 Kernodle New Play Award for her play Book of Esther.

The Department of Theatre in the U of A's Fulbright College of Arts and Sciences has named playwright Gina Stevensen as winner of the 2021 Kernodle New Play Award.

The reading committee — composed of graduate students and faculty members in the Department of Theatre — read more than 150 new plays from playwrights across the country before settling on Stevensen’s play, Book of Esther.

The contest, named in honor of U of A faculty member George Kernodle, garnered a diverse and abundant number of submissions on all manner of subjects and styles demonstrating the richness of the dramatic form and the variety of the conversations that playwrights want to have with audiences.

“There is an urgency of voice in Gina’s play and a character’s discovery of their own agency that ultimately drew readers on the committee to it,” said John Walch, assistant professor of playwriting and director of the Kernodle Award.

Book of Esther is a coming of conscience play, where the main character struggles to find her authentic voice through a poetry contest in her ultra-Orthodox Jewish family and community in Brooklyn.

“In this way, the play celebrates the transformative power the very act of writing possesses, which is wholly in the spirit of the Kernodle Award and a theme especially resonate with the emerging playwrights on the reading committee,” Walch said.

Stevensen said she started creating the play shortly after a trip to Israel, which left her reflecting on her identity as a Jewish woman.

“It was an undoubtedly complicated experience that had me reflecting on the assumptions we all make about the communities that are right next to our own but that we perceive as ‘other,’” Stevensen said. “If only we all talked and listened to each other, ... what might happen then?”

The Kernodle New Play Award comes with a cash award, the possibility of further development of the script as well as potential guest artist mentorships to further work with the graduate students in the Department of Theatre.

A PLAY ABOUT WOMEN PUSHING BOUNDARIES

Book of Esther is about a new generation of women who are pushing the boundaries within the confines of an ultra-Orthodox Jewish community in Brooklyn. Protagonist Esther grew up in a loving and religious family, but she is 17 now and can feel a larger world outside her own.

When Esther decides to enter a local poetry contest, she finds herself asking surprisingly large questions, and begins looking for answers everywhere: from her parents, from the hipster barista she secretly befriends, even from her namesake, the mythical Queen Esther. Will her questioning take her too far to come home?

Gina Stevensen is a playwright, dramaturg and writing instructor. Her play The Colony was a 2019 winner of the Columbia@Roundabout New Play Reading Series and will receive its world premiere production in August of 2021 at Good Luck Macbeth Theatre Company in Reno, Nevada.

Stevensen was a 2019 nominee for the Mentor Project at the Cherry Lane Theatre and is an Affiliated Artist with The Hess Collective and a member of the Board of Directors at Middlebury Acting Company. She has been a guest lecturer at Hunter College and New York University’s Open Arts program and teaches playwriting at Tribeca Performing Arts Center and The Writer’s Rock. Stevensen has an M.F.A. in playwriting from Columbia University.

About the Department of Theatre: The University of Arkansas Department of Theatre has been providing exciting and affordable theatre for more than 60 years. The department combines a first-rate theatrical education full of hands-on experience with a wide selection of titles to challenge students and the community. The department offers the Bachelor of Arts degree in Theatre, a broad spectrum program in the context of a liberal arts education, and the Master of Fine Arts degree in three tracks: Performance with acting and directing options; Playwriting; and Design with costume design, scene design and lighting design options. Classes at both undergraduate and graduate levels are focused on providing a strong, professional orientation to theatre performance and technology in conjunction with appropriate research-based coursework to address the required foundations in theatre history, dramatic literature and dramatic criticism.