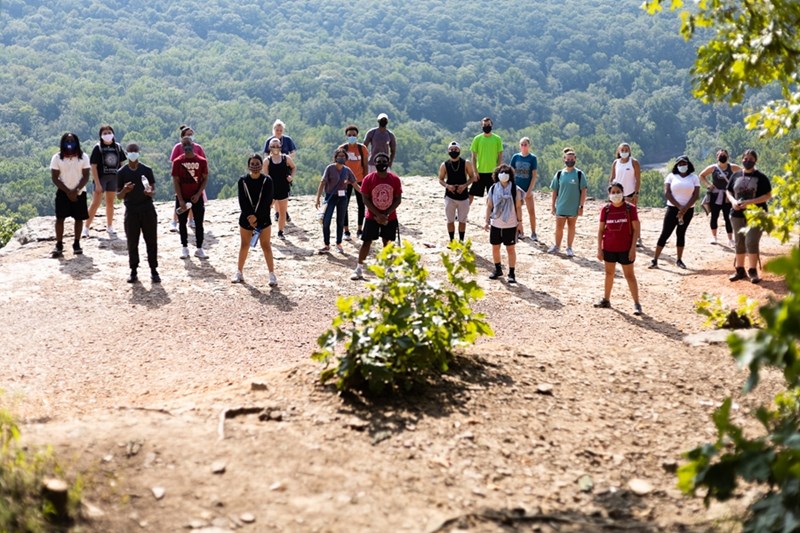 FAYETTEVILLE, Ark. – The University of Arkansas Honors College has selected 21 outstanding new freshmen to participate in the Honors College Path Program, a mentoring and scholarship initiative that supports exceptional students from underrepresented populations.

Established in 2014, the goal of the Path Program is to recruit and mentor talented high school students  and help them achieve academic success at the University of Arkansas and join the Honors College.

“The incoming Path Scholars are a diverse group of students from across Arkansas and surrounding states,” said Xochitl Delgado Solorzano, director of the Path Program. “These students have proven themselves to be high-achieving academically and demonstrated a commitment to giving back to their community.”

Thanks to a nearly $1 million grant from the National Science Foundation, 11 incoming Path freshmen who plan to major in the fields of science, technology, engineering and mathematics will each receive a renewable scholarship of $4,500 ($5,500 if they join the Honors College).

The 10 students who plan to study other disciplines will also receive academic scholarships of up to $5,500, thanks to $5.5 million in endowment from the Walton Family Charitable Support Foundation and gifts of $100,000 to $250,000 from former Honors College Dean Bob McMath and his wife, Linda; Lee and Beverly Bodenhamer; and Nick and Carolyn Cole. These scholarships will be renewed based on continued engagement with the Path Program and satisfactory academic progress.

“This is the third cohort of Path Scholars to receive funding,” Delgado Solorzano said. “The NSF grant was originally for two years, but we were able to request an extension for a third year.”

The incoming Path Scholars have already arrived on campus and are participating in a two-week intersession program, during which they will take a one-hour course that introduces them to college. Faculty and administrators across campus will offer guest lectures to help them adjust to college life.

“This group of Path Scholars will have a unique start to their college career,” Delgado Solorzano said. “In the weeks before arriving on campus, the students began engaging virtually with each other to start building their cohort community, proving that they understand the benefits and support available through the Path Program.”

The Path Scholars already participate in a wide range of academic and extracurricular activities, from playing in orchestras and marching bands, to interning at J.B. Hunt to ROTC, track and field, volleyball and soccer.

These students will join an impressive group of young scholars: The Path Program boasts a 91 percent on-time graduation rate since its first group graduated in 2018.