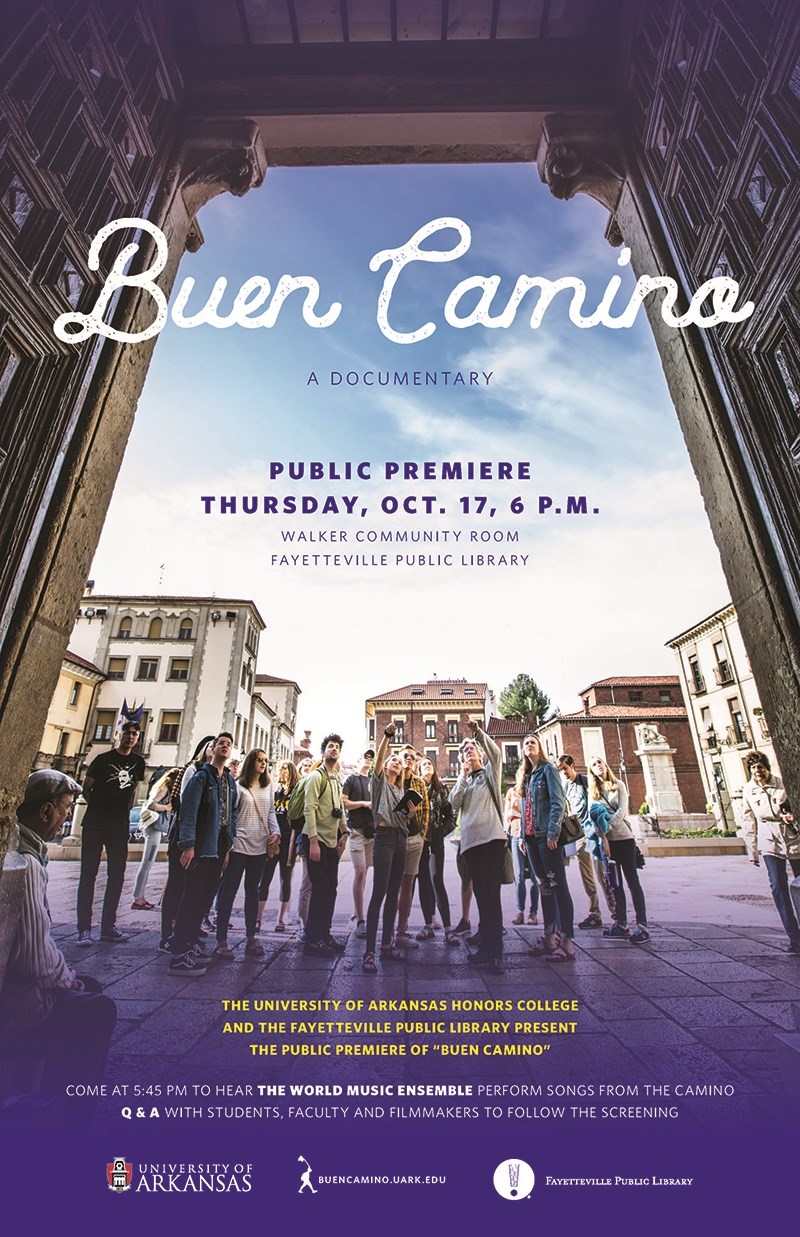 FAYETTEVILLE, Ark. – Buen Camino, an award-winning short documentary film produced by the University of Arkansas Honors College in collaboration with University Relations, will have its public premiere at 6 p.m. Thursday, October 17 in the Walker Community Room at the Fayetteville Public Library.

“Buen Camino is a fun and inspiring story, and really well done,” said Larry Foley, chair of the School of Journalism and Strategic Media, and a project adviser. “The students, faculty and the remarkable locations take center stage. A must-see for lovers of history and culture.”

The 25-minute documentary follows 18 honors students who set off on the medieval Camino de Santiago pilgrimage route through France and Spain. Along the way the students present their research at spectacular cathedrals, castles and convents, brave a trek through a Pyrenean thunderstorm, and get out of their comfort zone by trying Spanish pulpo.

Students and faculty featured in the film, and the U of A staffmembers who produced it, will answer questions following the screening.

Buen Camino has aired on Arkansas Educational Television Network and won four awards in the 40th Annual Telly Awards, a national contest judged by experts from some of the most prestigious companies in entertainment, publishing, advertising and emerging technology. Buen Camino won a Gold Telly in the “Television: Educational Institution” category, one of two films so honored in the nation.

Members of the film’s creative team also earned three silver Tellys in the television category for Videography/Cinematography, Writing, and Voiceover, with the latter award bestowed upon Honors College Fellow Jacob Purifoy for his narration. Purifoy, an honors biology major from Ashdown, had no professional experience with voice acting before the project.