State of the University Address Today 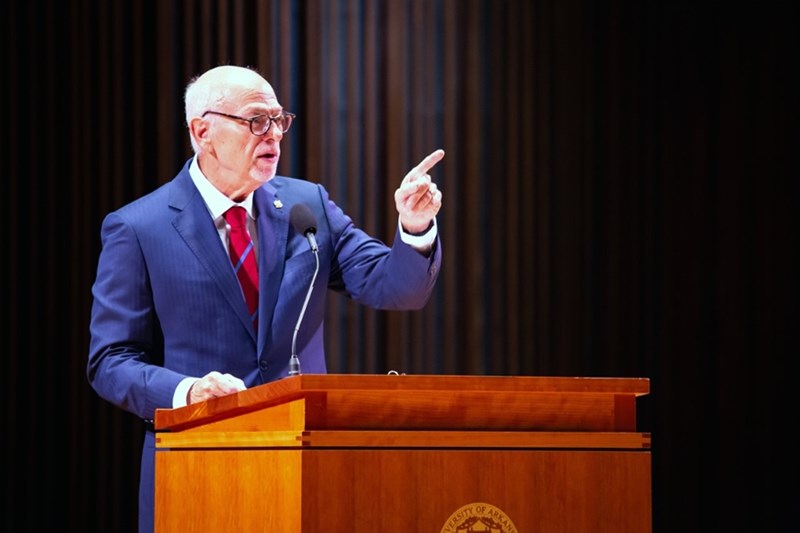 FAYETTEVILLE, Ark. _ University of Arkansas Chancellor Joe Steinmetz plans to recap highlights from the past year and discuss where he believes the university is headed in the annual State of the University address this morning at 11 at the Faulkner Performing Arts Center. The address is open to the public.

"While I feel great about where we currently stand and where we're headed as a university, I believe we should always strive to be better," Chancellor Steinmetz said. "In the State of the University address, I will review some of our recent progress while defining several key actions that would help distinguish us as a university moving forward."

Steinmetz plans to introduce 10 items he would like to see the university advance in the coming years.

A livestream of the address and later a recorded version will also be available at the University of Arkansas YouTube channel.

The State of the University address highlights One University Week, Sept. 30 through Oct. 4, which also features the introduction of core values for the campus, an academic update from the provost and other key university news including an update on planning for the university's sesquicentennial. The university will celebrate the 150th anniversary of its founding in 2021.