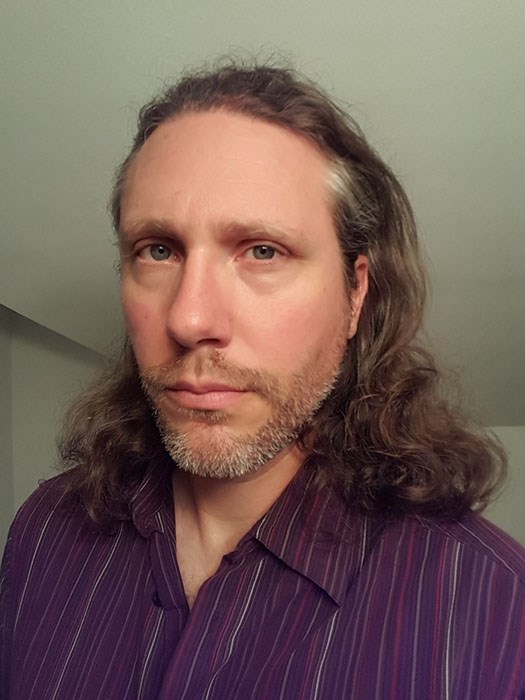 FAYETTEVILLE, Ark. – Poet and teacher Jayson Iwen has won the 2020 Miller Williams Poetry Prize for his collection Roze & Blud. Two finalists were also named: Judy Halebsky for her collection Sky of Wu and Angie Mazakis for her collection I Was Waiting to See what You Would Do First.

The books were selected by former U.S. Poet Laureate Billy Collins and will be published by the University of Arkansas Press as part of the Miller Williams Poetry Series. In addition to publication, Iwen will receive a $5,000 cash prize.

The prize and series are named in honor of Miller Williams, the founding director of the University of Arkansas Press, an acclaimed poet and a long-time professor in the U of A creative writing program. In 1988 the press published Billy Collins’ debut collection, The Apple that Astonished Paris, under Williams’ directorship.

Iwen is the author of Six Trips in Two Directions, A Momentary Jokebook, and Gnarly Wounds, and he is the co-translator of Lighthouse for the Drowning. He won the Emergency Press International Book Contest and CSU Poetry Center's Ruthanne Wiley Memorial Novella Contest. He teaches writing at the University of Wisconsin-Superior.

Halebsky is the author of the poetry collections Tree Line and Sky = Empty. Originally from Halifax, Nova Scotia, she spent five years studying in Japan on fellowships from the Japanese Ministry of Culture. She lives in Oakland and teaches at Dominican University of California.

Mazakis' poems have appeared or are forthcoming in The New Republic, Boston Review, The Iowa Review, Best New Poets, Washington Square Review, Columbia Journal, and Lana Turner Journal. She is a doctoral student in creative writing at Ohio University.

The three books will be launched at the Association of Writers and Writer’s Programs meeting in San Antonio, March 4-7, 2020.