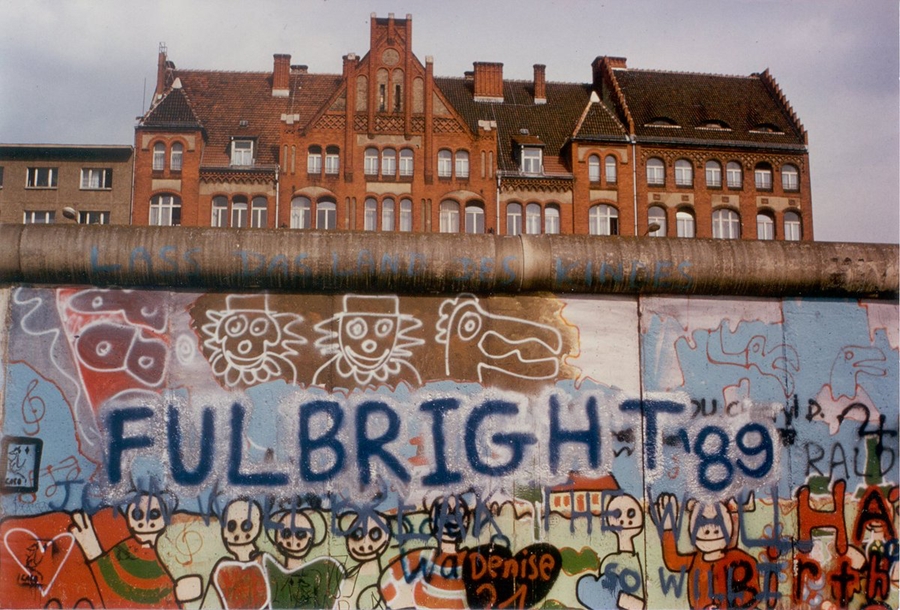 Photos Courtesy of the Fulbright Program

A section of the Berlin Wall

FAYETTEVILLE, Ark. – German and American Fulbright scholars and guests will convene on the University of Arkansas campus May 17-19 for a conference aimed at understanding the trajectory of trans-Atlantic ties and the future of international cooperation.

The conference, “Building Bridges: The Fulbright Legacy and the Future of International Exchange,” is part of the “Wunderbar Together” campaign sponsored by the Federal Republic of Germany. It is co-sponsored by the German-American Fulbright Commission and the University of Arkansas International and Global Studies Program and Office of Study Abroad. It will cap a year of commemorative events on both sides of the Atlantic celebrating German-American cooperation. 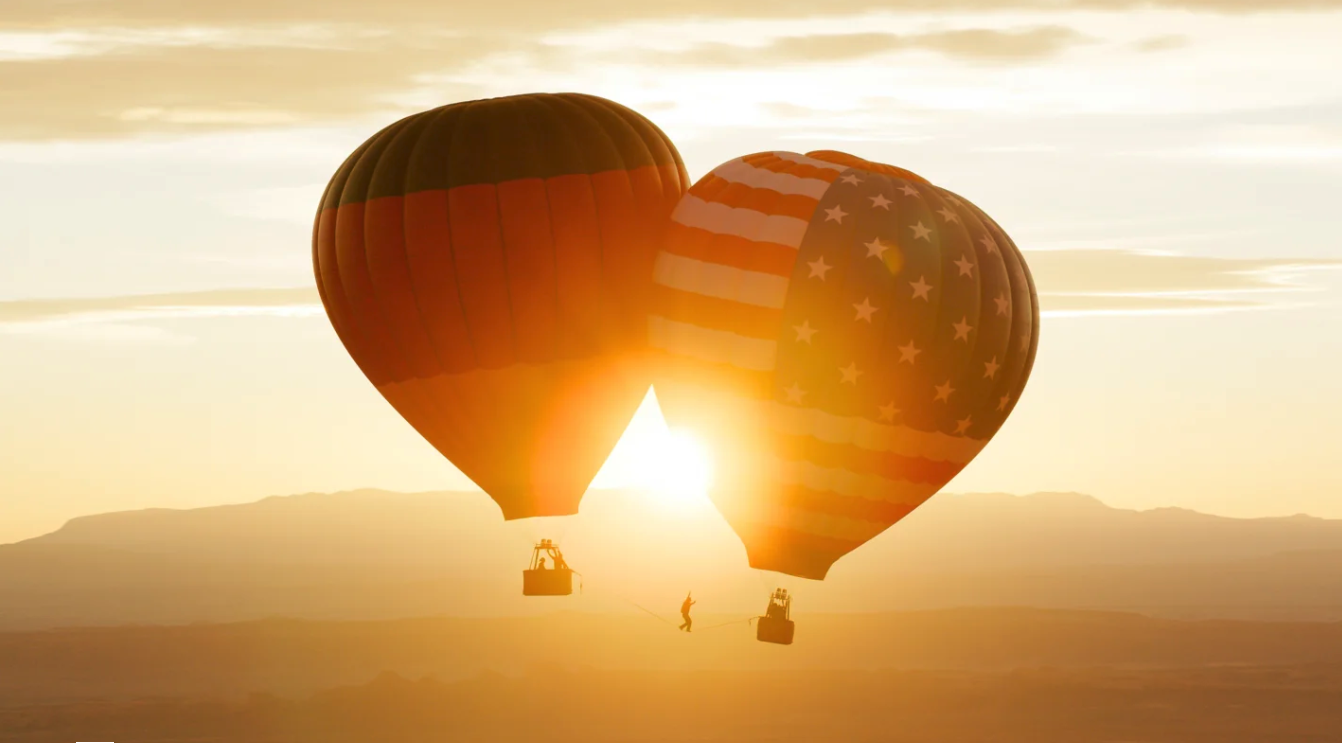 To kick off this final event, groups of German scholars studying in the United States – accompanied by American former grantees of Fulbright Awards – will complete weeklong road trips from Milwaukee, Indianapolis and Austin exploring middle America and ending in Fayetteville, the home of Sen. J. William Fulbright, founder of the Fulbright Program and namesake of the U of A’s J. William Fulbright College of Arts and Sciences.

During the May 17-19 conference, scholars, road trip participants and local Fulbright Program supporters will speak on a range of international issues focused on “Building Bridges,” from the legacy of the fall of the Berlin Wall in 1989 to the role of migrant communities in the U.S. and Germany today. 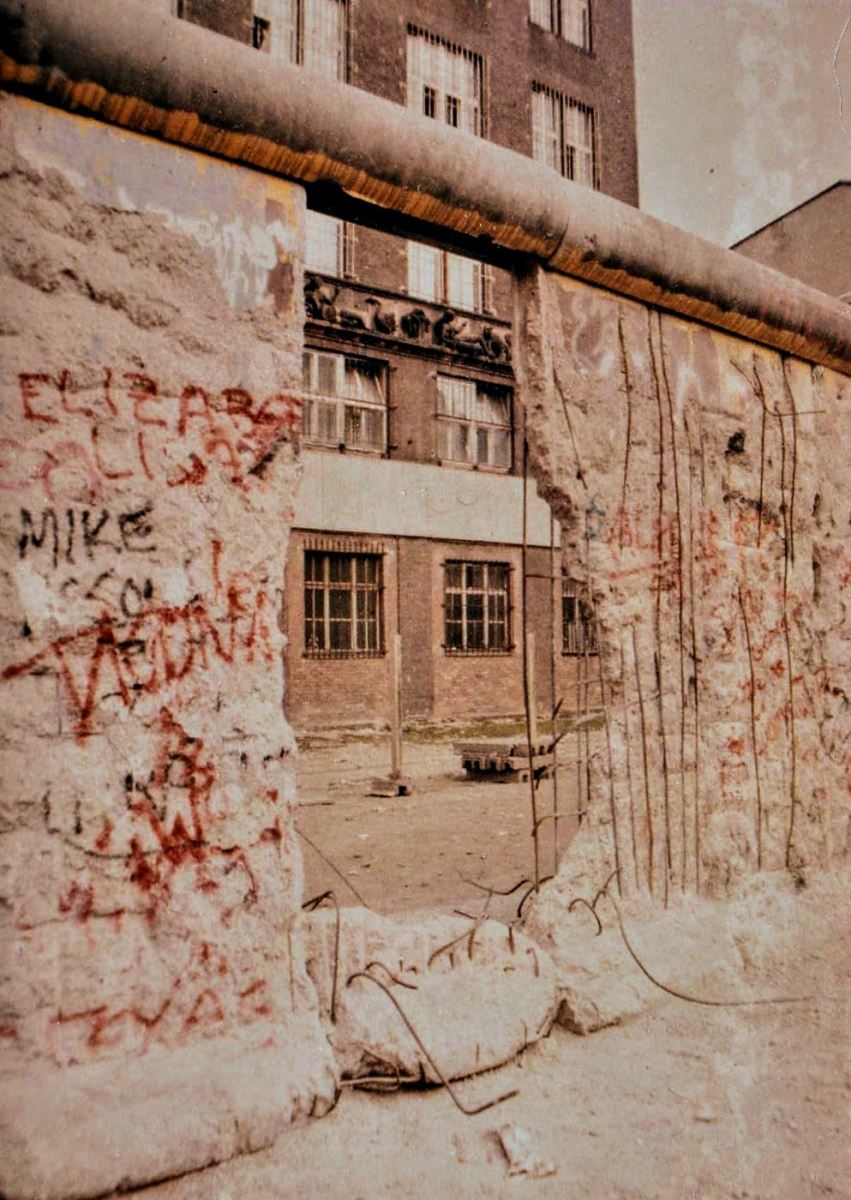 Additionally, experts from Fulbright Germany, Fulbright Austria, the University of Arkansas and Oklahoma State University will reflect on the personal and global impacts of international exchanges on American public diplomacy and foreign policy since the end of the World War II.

The U of A’s University Libraries will also offer a special display of highlights from Sen. Fulbright’s senatorial papers, founding documents from the Fulbright Program, and photographs of Fulbrighters at work.

A full conference schedule can be found online, and highlights of conference offerings that are free and open to the public include:

Hoyt Purvis, professor emeritus of journalism, who served as Fulbright’s press secretary and special assistant, said Sen. Fulbright would be proud to see the conference being hosted at the U of A.

“On several occasions Sen. Fulbright said that he was happy to have lived long enough to see the fall of the wall,” Purvis said. “He also saw the ‘Fulbright’ name on the wall as it was coming down on that celebratory night in Berlin in 1989.”

Purvis said that Fulbright’s own experience as a Rhodes Scholar was a powerful force in his determination to establish the exchange program, as he believed that people and nations had to learn to think globally.

About Fulbright Germany: The Fulbright Program has been an especially important component of ties between Germany and the United States. Enabling American and German students, scholars, teachers and professionals to experience each other’s communities and culture firsthand has offered critical support to continued German-American diplomacy.