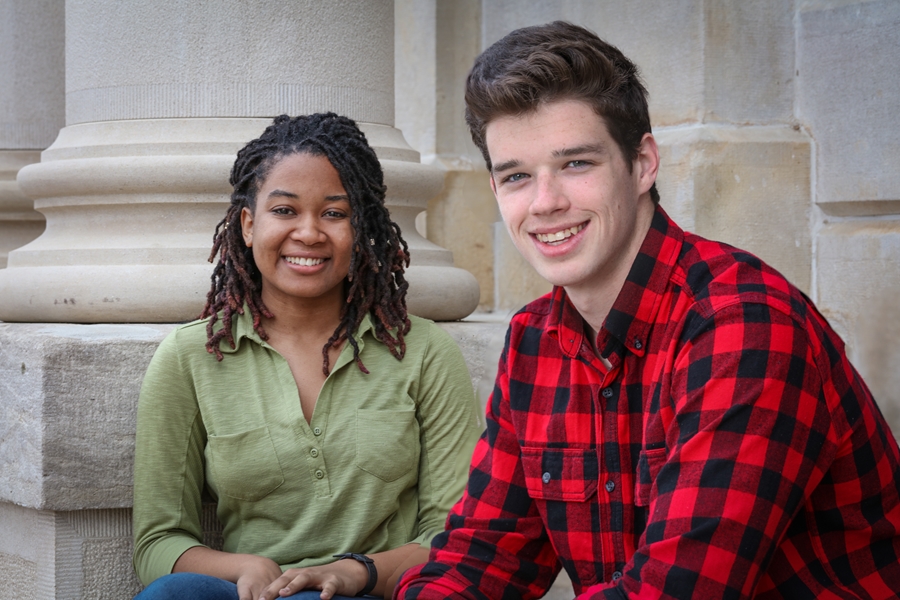 Alaina Edwards and John McGarigal have been selected for the Blue Waters Internship Program.

Two University of Arkansas undergraduate students — Alaina Edwards, a mathematics major, and John McGarigal, a mechanical engineering major — have been selected for the 2018-19 Blue Waters Student Internship Program to work on a project in high-performance computing initiated by the U of A Kaman Group in Computational Applied Mathematics.

"The goal of the project is to engage U of A undergraduate students in petascale computing research and development in the area of efficient use of high-performance computing resources for optimized computational fluid dynamics simulations," said Tulin Kaman, an assistant professor who holds the Lawrence Jesser Toll Jr. Chair in the Department of Mathematical Sciences.

The interns are attending the two-week intensive Petascale Institute at the National Center for Supercomputing Applications at the University of Illinois at Urbana-Champaign through June 1 to build up their expertise in high-performance computing.

After their training, the undergraduate student interns will work on the optimization of the numerical simulations of compressible flow problems, occurring among others in the fields of oceanography and astrophysics, and the development of parallelization strategies to use the high-performance computing resources efficiently.