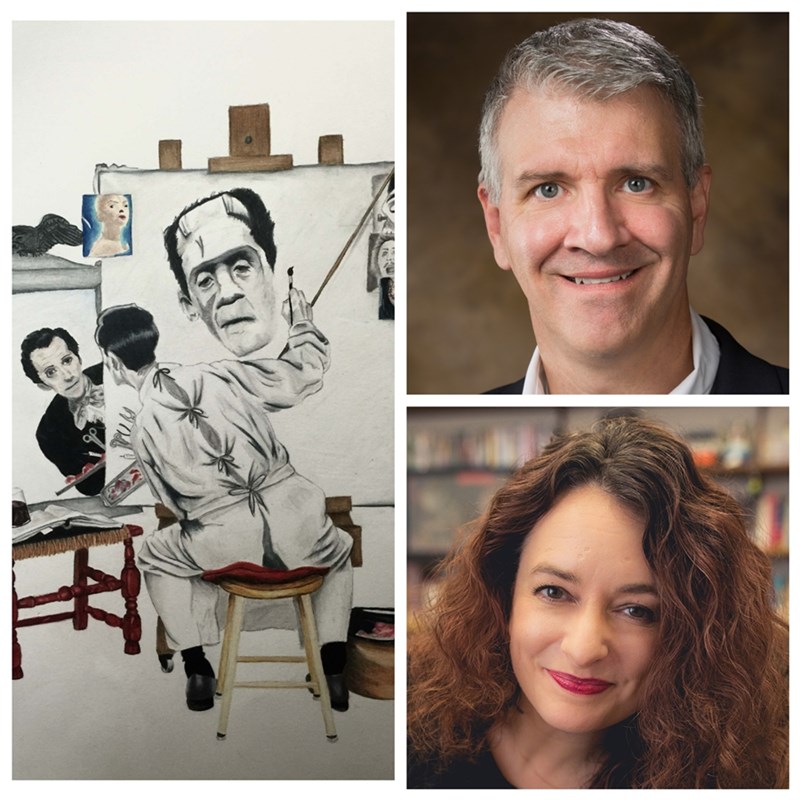 Connors and Szwydky-Davis will use the NEH grant to co-direct a two-week summer institute for school teachers, titled "Remaking Monsters and Heroines: Adapting Classic Literature for Contemporary Audiences," hosted at the University of Arkansas from June 18-30, 2018.

"Remaking Monsters and Heroines: Adapting Classic Literature for Contemporary Audiences," focuses on adaptations of Cinderella and Frankenstein. It also celebrates the 200th anniversary of Mary Wollstonecraft Shelley's Frankenstein; or, The Modern Prometheus, which was published in 1818.

"Remaking Monsters and Heroines" invites K-12 teachers to learn more about the historical and literary origins of these source texts and to study adaptations of these characters in film, drama, music, young adult fiction, illustrated children's books and graphic novels. As participants work through the multimedia cultural histories of Frankenstein and Cinderella during the two-week institute, they will design teaching materials for the purpose of facilitating student-produced literary adaptations of their own.

"The act of breaking down a text and recreating it in a new form is an act of critical engagement that demonstrates a sophisticated understanding of the source material," Szwydky-Davis said. "Adaptation is a practice central to the history, circulation and evolution of storytelling, literature and art."

Szwydky-Davis and Connors both said learning how to teach and create adaptations is important as well, and teachers who attend the institute will have the opportunity to do so using a range of digital tools.

"Digital technologies are changing how people communicate," Connors said. "As a result, it's important that teachers create opportunities for students to think about how texts they consume and produce use not just print, but also images, video, sound and so on to make meaning. Asking students to produce their own multimodal adaptations of literary texts is an ideal way to accomplish this objective."

In addition to studying and producing adaptations, "Remaking Monsters and Heroines" participants will have the opportunity to learn from several adaptation experts and artists, including the following plenary speakers:

The institute will also feature artists and educators committed to multimedia storytelling and arts integration programs.

Both Szwydky-Davis and Connors said they are excited about the collaboration between Fulbright College and the College of Education and Health Professions, and that they hope that this NEH-funded institute will mark the beginning of additional interdisciplinary research and teaching opportunities.

K-12 educators across the United States are invited to apply to this interdisciplinary program.

The institute will be hosted at the University of Arkansas, and will include trips to and collaboration with local arts and humanities attractions, including the Fayetteville Public Library and the Crystal Bridges Museum of American Art.

The program directors are accepting applications until March 1, 2018, and will invite 36 Summer Scholars to attend the institute by Wednesday, March 28, 2018.

All Summer Scholars selected to participate in the institute will receive a $2,100 stipend to off-set travel, housing and related expenses for the two-week program.

For more information, or to apply, visit monstersandheroines.uark.edu or email AdaptLit@uark.edu.