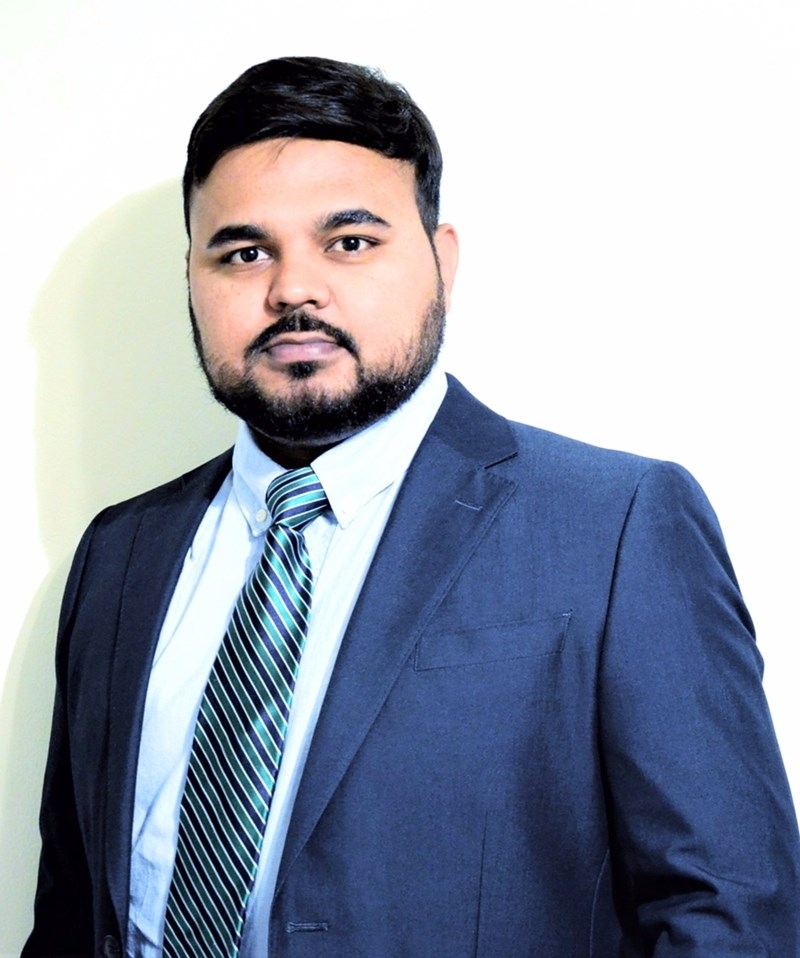 Avi Kaler is a Bumpers College post-graduate research associate in the Department of Crop, Soil, and Environmental Sciences.

FAYETTEVILLE, Ark. – Avi Kaler, a post-doctoral research associate in the U of A's Dale Bumpers College of Agricultural, Food and Life Sciences, has been named winner of the 2017 Association of Agricultural Scientists of Indian Origin Outstanding Graduate Student Award.

Kaler works under Distinguished Professor Larry Purcell, holder of the Altheimer Chair for Soybean Research in the Department of Crop, Soil, and Environmental Sciences. Kaler earned his doctorate in crop, soil, and environmental sciences last year under the supervision of Purcell.

"Avi is amazing," said Purcell. "He is a rare mix of amazing intelligence and imagination, disciplined work ethic and modesty. He is a walking, talking dynamo of ideas, and it is great fun working with him. He keeps me on my toes."

Purcell was recently awarded a grant from the United Soybean Board to extend Kaler's dissertation research. This project, "Utilizing genes from the Soybean Germplasm Collection to Mitigate Drought Stress," is a multi-state effort led by the U of A with collaborators in Stoneville, Mississippi; Columbia, Missouri; and Maricopa, Arizona.

"Avi has used genome wide association studies to identify chromosomal regions associated with soybean drought tolerance," said Purcell. "These GWAS experiments were large, replicated field trials, conducted at 10 site-years with a diverse panel of 373 soybean genotypes that were genotyped with 42,000 molecular markers. Avi has done an outstanding job of analyzing these huge data sets and presenting results at numerous international scientific meetings, including Plant and Animal Genome, and Crop Science Society of America."

From his dissertation, manuscripts have been published in Theoretical and Applied Genetics, one in press with Crop Science, one in review with Molecular Breeding while several others are being completed.

Kaler earned his bachelor's degree in agriculture from Punjab Agricultural University in India and his master's degree in agronomy from the University of Florida. He has published several peer-reviewed manuscripts and has authored/co-authored 27 abstracts and 26 posters/oral presentations, which were presented at different national/international conferences.

Kaler was recently appointed alternate liaison and liaison of the National Soybean Variety Review Board by the Crop Science Society of America. The three-year term includes a year as alternate before two years as liaison. He is chair of the National Tri-societies Agronomy, Crop, and Soil Sciences Graduate Committee. He is also vice-chair of the National Bioinformatics in Crops and Soils Science community and will be chair in 2018. Kaler has served as vice-president of the Crop, Soil, and Environmental Sciences Graduate Student organization. He received the Graduate Leadership Award at ACS International Conference in November 2015.

"Avi has been a leader among CSES graduate students and provided service to his professional societies and to the U of A," said Purcell. "He has demonstrated remarkable research and academic skills, and has been fully engaged as a leader among his peers. He is highly deserving of recognition as the Outstanding Graduate Student from AASIO."