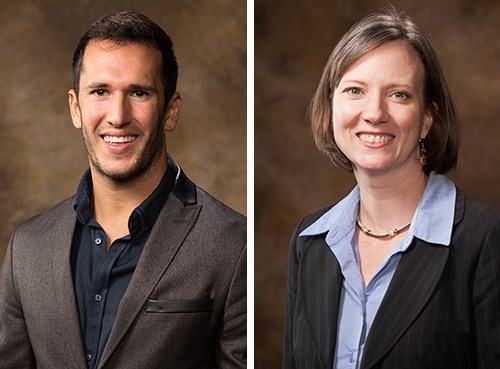 The elimination of the Louisiana Scholarship Program would result in cost increases larger than funding increases for the vast majority of school districts in the state, according to the latest research published by the School Choice Demonstration Project based at the University of Arkansas.

The project directed by Patrick J. Wolf, holder of the Twenty-First Century Chair in School Choice, has released several research reports over the past year examining the effects of the Louisiana voucher program on the achievement and non-cognitive skills of voucher recipients, broader effects on school segregation and the fiscal impact on schools. The project's evaluation is the first to examine such a wide range of outcomes, or to consider the effects over the first two years of this specific program.

Corey DeAngelis, a U of A student in the education policy doctoral program who is a Distinguished Doctoral Fellow, and Julie Trivitt, a clinical assistant professor of economics, co-wrote the latest paper titled "Squeezing the Public School Districts: The Fiscal Effects of Eliminating the Louisiana Scholarship Program."

Louisiana lawmakers are considering eliminating the program to save the state money, but a previous study by the U of A researchers found that the overall effect of removing the program would be to increase state education expenditures. The new study found that between two and seven of the state's 69 school districts would benefit from the elimination of the program, but the effect on the rest of the districts would be negative.

"For the affected districts, the average outcome would be a financial loss of about $1,500 per returning voucher student in 2016," according to the paper. "In each scenario, we find that over 80 percent of student transfers would result in a financial loss for the school district."

DeAngelis and Trivitt write that, while the paper covers the elimination of a specific school choice program, the same analysis would apply to any situation in which students leave private schools to attend public schools while the local tax base is unaffected.