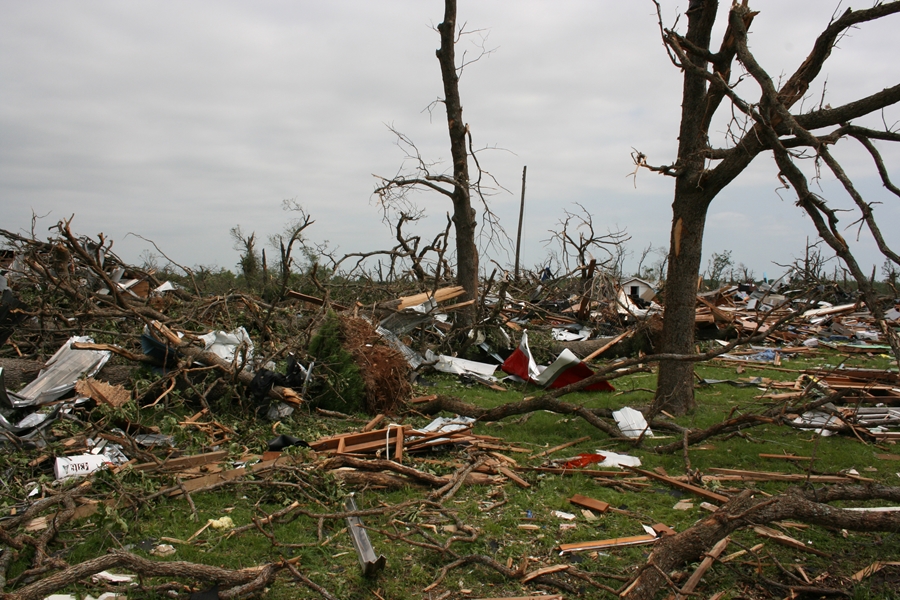 Milburn's research will help emergency services personnel harness the power of social media to respond to natural disasters, such as the tornado that struck Joplin, Missouri, in May of 2011.

FAYETTEVILLE, Ark. – A University of Arkansas researcher received a $500,000 National Science Foundation grant to find a way to effectively harness the power of social media to improve emergency response.

Ashlea Bennett Milburn, assistant professor of industrial engineering at the University of Arkansas, received the grant through the Faculty Early Career Development Program to develop decision-support models that identify scenarios in which the integration of information posted to social-media could improve emergency response.

“One way to accelerate emergency response is to harness the power of social data,” said Milburn. “But we have to be careful. Just like everything we hear or read or see on the Internet, we can’t believe it’s accurate just because it’s there. I’ve talked to many emergency managers who said their agencies take action on social data only after verifying it. This takes time too. Our models will help address this problem.”

The models will quantify the value of information at various stages of verification. Results will be translated to first responders through a simulation that provides a comparative demonstration of response planning with and without social data.

Algorithms for the models will focus on “uncertain” data, which is information from reports that emergency responders cannot verify or trust, as opposed to information gleaned from “boots-on-the-ground” assessments. Milburn said there are risks associated with ignoring social-media data. Her research is aimed at evaluating the trade-off of getting more information faster but with a risk that some of the information may not be accurate.

Milburn joined the faculty of the Department of Industrial Engineering in 2010. She received a doctorate in industrial and systems engineering from Georgia Institute of Technology, after earning a master’s degree from Virginia Tech and a bachelor’s degree from the University of Arkansas. Her primary areas of teaching and research are healthcare systems engineering, humanitarian logistics and transportation logistics.

Faculty Early Career Development Program grants – known as CAREER grants -- are among the National Science Foundation’s most prestigious awards for junior faculty. Research activities supported by CAREER awards build the foundation for a lifetime of leadership in integrating education and research.