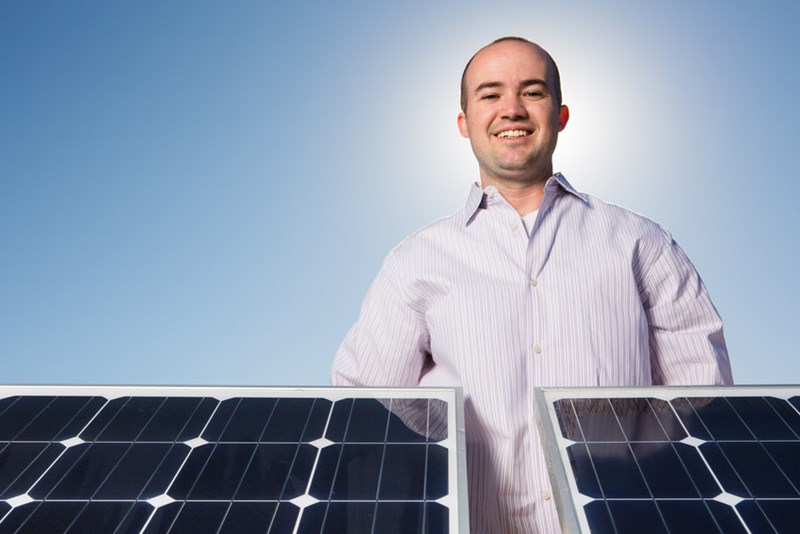 The nanoparticle-based coating will increase the efficiency of solar panels and reduce their cleaning and maintenance costs, said Corey Thompson, chief technology officer for WattGlass, a Genesis Technology Incubator client at the Arkansas Research and Technology Park.

“Solar panels collect dust, dirt and grime, which reduces output and increases the cost per watt,” said Thompson, who founded the start-up company while a graduate student at the U of A in 2014. “With our anti-reflective and self-cleaning coating, more light penetrates the glass to be turned into electricity by the solar cells.”

The coating’s nanostructure causes a self-cleaning effect on the glass by changing the way water reacts to its surface, Thompson said.

“When you put a drop of water on a normal piece of glass, the drop forms a bead and doesn’t generally move,” he said. “With our coating, that drop of water spreads rapidly and when it does that it picks up dirt and other contaminants from the surface and literally pushes them to the edge of the glass. A light rain that would normally create mud on the surface of the panels suddenly is able to clean off the majority of the dirt.”

WattGlass will add two employees with the grant, Thompson said.