Nine U of A Students and Recent Alumni Receive NSF Fellowships 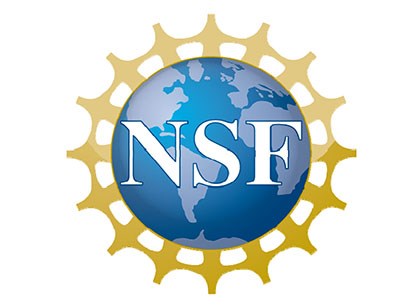 FAYETTEVILLE, Ark. – Nine University of Arkansas students – one undergraduate, five graduate students and three recent graduates – have received National Science Foundation Graduate Research Fellowships for the upcoming academic year. Each fellowship is worth $34,000 per year and can be renewed for up to three years. Along with the renewable stipend, each student’s institution will receive $12,000 per year to offset tuition costs, bringing the total amount of funding awarded to these nine students to more than $1.2 million.

“The high caliber of our students, coupled with strong faculty mentorship, is a powerful recipe for our ability to compete successfully for these prestigious NSF graduate research fellowships,” said Kim Needy, dean of the Graduate School and International Education.

Since 1952, the National Science Foundation has awarded the highly competitive Graduate Research Fellowship to nearly 50,000 students in science, technology, engineering, and mathematics, the so-called STEM fields. The award recognizes not only academic excellence, but also the potential contribution that each student will make to his or her field and to society at large. As of 2015, 113 University of Arkansas students have received this prestigious fellowship.

“These awards are extremely competitive,” said John English, dean of the College of Engineering. “That our students win in such high numbers really speaks well of the students, the faculty, and the programs at the University of Arkansas. We are very proud of their accomplishments.”

“Our students continue to amaze me,” said Todd Shields, dean of the J. Williams Fulbright College of Arts and Sciences. “They engage in research early and often. That’s what makes them competitive at the national level, and at the heart of the research enterprise for both students and faculty is the drive to find answers to compelling questions. These answers may someday bring about medical breakthroughs or help us build better roads or feed more people worldwide. It is important work, and these students are already incredible professionals.”

University of Arkansas students and recent alumni interested in applying for scholarships and fellowships such as the NSF Graduate Research Fellowship should contact the Office of Nationally Competitive Awards at awards@uark.edu or 479-575-3771. More information is available at awards.uark.edu.