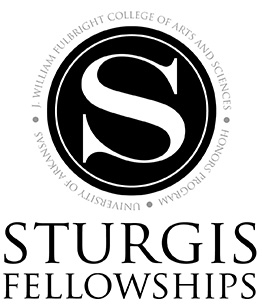 FAYETTEVILLE, Ark. – The J. William Fulbright College of Arts and Sciences has selected four incoming freshmen to receive the University of Arkansas Sturgis Fellowship. The 2014 Sturgis Fellows, all from Arkansas, are Olivia Tzeng of Conway, Sydne Tursky of Van Buren, Rachel Ungar of Fayetteville and Tucker Partridge of Benton.

“The Sturgis Fellowship is one of the oldest and most prestigious academic awards offered on campus,” said Todd Shields, dean of Fulbright College. “We are confident that these students will continue the high standards that they have shown throughout their academic careers.”

The Sturgis Fellowship offers a unique opportunity for Fulbright College’s most talented students to join a tradition that is more than two decades old. Previous awardees have been recognized at the state and national level for their academic achievement and commitment to community service.

The university’s oldest fellowship is made possible by the Roy and Christine Sturgis Charitable and Educational Trust and awards each fellow $17,500 per year for four years. The award covers tuition, room and board and provides support for educational tools such as computer hardware and software, high-quality musical instruments, professional journals and participation at academic conferences. Sturgis Fellows must pursue a major within Fulbright College, complete an intensive academic program and graduate with honors.

“This newest crop of Sturgis Fellows is the most distinguished in the fellowship’s long history,” said Sidney Burris, director of the Fulbright College honors studies program and chair of the selection committee. “The selection committee was simply stunned by the maturity, intelligence, vision and poise of the individuals who were offered the Sturgis Fellowship. I am looking forward to watching their careers unfold over the next four years here in Fulbright College as well as over the fruitful years that will certainly distinguish the rest of their lives.” 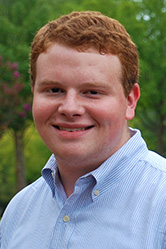 Tucker Partridge graduated from Benton High School. He has served in various leadership roles, including president of the Benton High School Student Council and second vice president of the city of Benton Mayor’s Youth Advisory Council. He attended Arkansas Governor’s School, was a member of the National Honor Society and represented his school at the Hugh O’Brien Youth Leadership Summit. He was a member of two 6A State Championship Quiz Bowl teams and was twice named 6A State MVP. He is an active member of First United Methodist Church in Benton and has volunteered for a local food pantry and Habitat for Humanity. Tucker plans to study English or history. His parents are Julie and Wade Partridge. 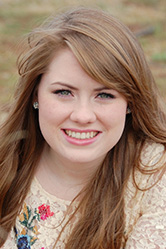 Sydne Tursky graduated from Van Buren High School, where she served as president of both the National Honor Society and Future Teachers of America, was vice president of the senior class and an active member of the student senate, Mu Alpha Theta and the theatre department. She is an Advanced Placement Scholar with distinction and the co-founder of Once Upon a Prom, an organization that provides prom dresses for girls who are unable to afford one. Tursky plans to study journalism and French. Her parents are Kimberly and Michael Tursky. 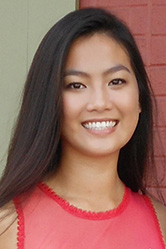 Olivia Tzeng graduated from Conway High School, where she served as captain of the girls’ soccer team, head delegate of Model UN, chair of the community service committee of Faulkner County Youth Leadership, social chair of Key Club and president of Beta Club. She was also an active member of band, varsity soccer and the National Honor society. She has received several regional and state awards from the Arkansas School Band and Orchestra Association and the National History Day Competition. She is a Governor’s Distinguished Scholar and an Advanced Placement Scholar with distinction. Her community activities include volunteering at the Faulkner County Senior Wellness and Activity Center and tutoring students in algebra 2 and calculus. Tzeng plans to major in biology and psychology. Her parents are Cathy Yang and Jason Tzeng. 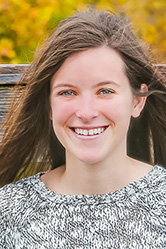 Rachel Ungar graduated from Fayetteville High School and  was an active member of Odyssey of the Mind, National Honor Society and Mu Alpha Theta. She studied mathematics at Arkansas Governor’s School and is an Advanced Placement Scholar with distinction. Her leadership experiences include serving as trombone section leader, a Relay for Life team leader, and a member of Fayetteville’s Chamber of Commerce Teen Leadership Experience Program. She has volunteered as a soccer coach for Fayetteville Parks and Recreation and as a tutor for the Fayetteville Public Library. Ungar plans to major in mathematics and biology. Her parents are Diane Serenson-Ungar and Peter Ungar.

A committee of Fulbright College faculty and staff members chose the recipients based on a rigorous application process, which included an academic resume, essays, book lists, letters of recommendation, high school transcripts and interviews.