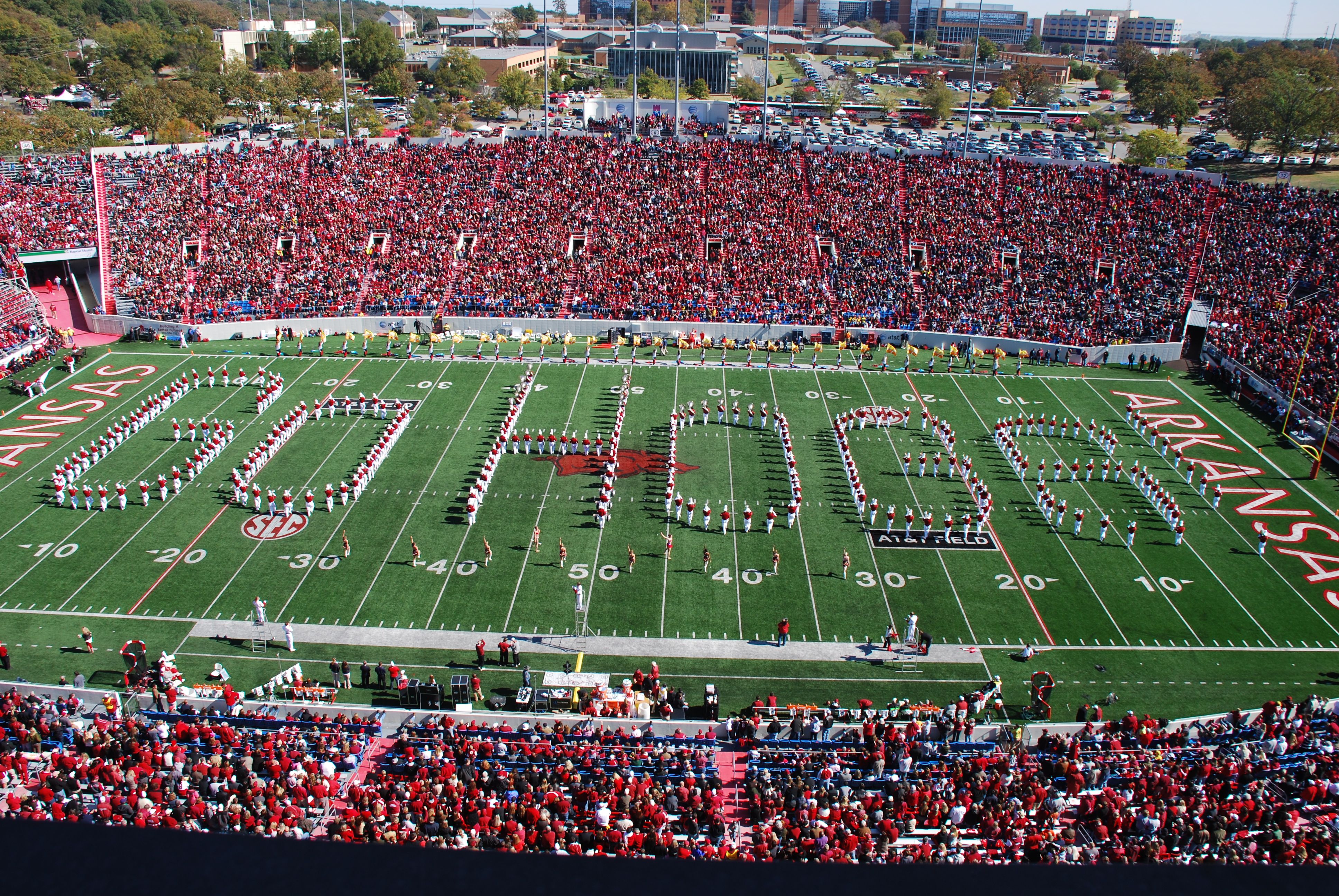 FAYETTEVILLE, Ark. – The Razorback Marching Band will premiere its halftime show based on the animated Disney film Frozen on Saturday, Sept. 6, at Donald W. Reynolds Razorback Stadium when the Arkansas Razorbacks take on the Colonels of Nicholls State University.

The show includes For the First Time in Forever, Do You Want to Build a Snowman and Let It Go. Based on the original soundtrack written and composed by Kristen Anderson-Lopez and Robert Lopez, the show highlights the most memorable musical moments from the film. David Gorham, University of Arkansas alumnus and former director of bands at Owasso High School in Owasso, Oklahoma, arranged the music. The marching drill was written by Ben Chamberlain, director of athletic bands.

"I feel very confident in that we'll do well in both the game and performance,” said Phillip Sais, freshmen clarinet player. “Obviously we'll have nerves, but that just means that we want to do well. I believe the fans will absolutely love the Frozen show.”

A committee made of current band students, faculty and staff suggested the themes for the 2014 season. The group met throughout last spring to brainstorm possible halftime shows.

“Seeing the show develop from an idea last spring with the halftime show committee to what we will play on Saturday has been a great experience,” said Jamey Julian, head drum major and senior music major. “Hearing how much the band members have enjoyed playing the songs has made the conducting so much fun.”