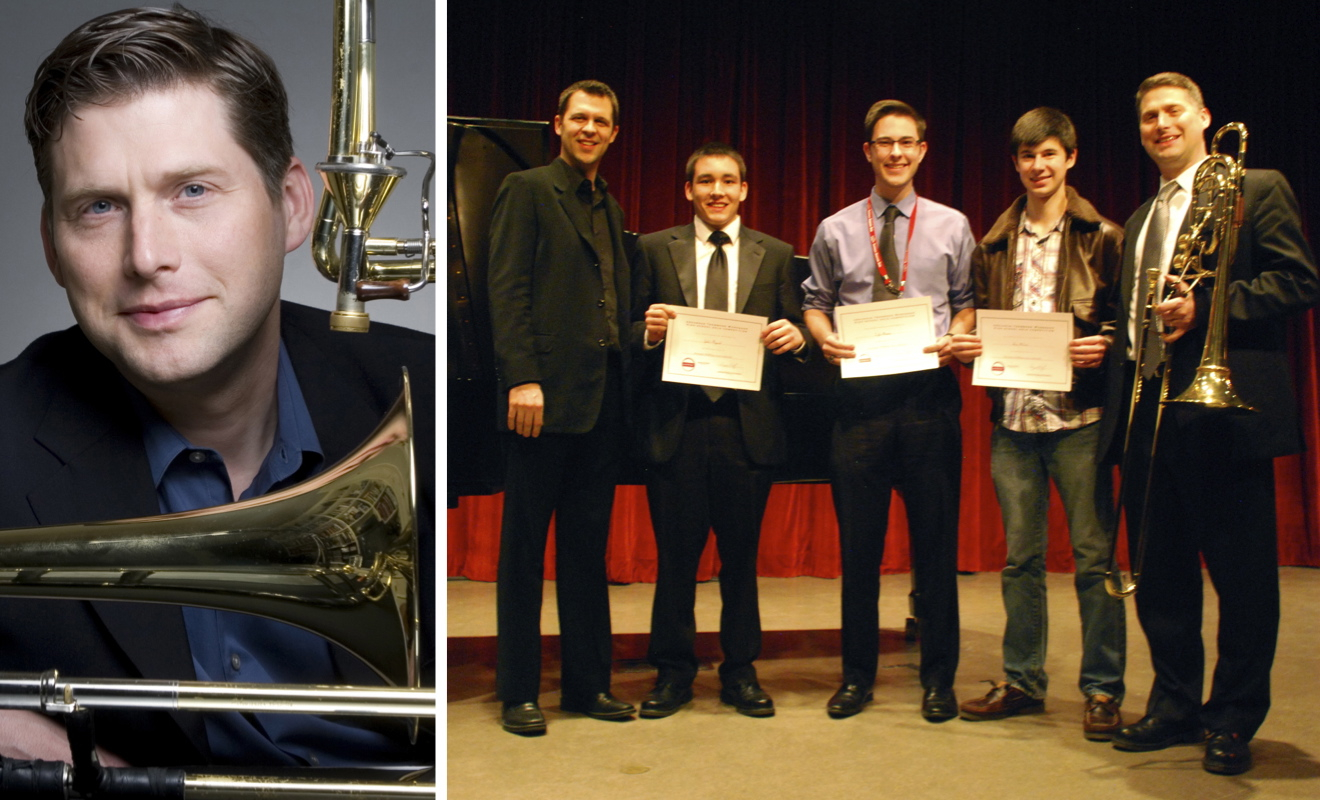 FAYETTEVILLE, Ark. – Professional trombonist and educator Paul Pollard served as the featured artist at the university’s inaugural Arkansas Trombone Workshop, which included recitals, masterclasses and a solo competition. The workshop was created, developed and conducted by Corey Mixdorf, assistant professor of trombone in the J. William Fulbright College of Arts and Sciences.

“The students at the University of Arkansas are talented and have a positive attitude towards learning,” said Pollard. “The Arkansas Trombone Workshop that Cory Mixdorf has established will be a great cornerstone studio event for years to come!”

“The Arkansas Trombone Workshop is unlike any other trombone event in the region,” said Mixdorf. “It celebrates everything ‘trombone’ with performances, masterclasses, exhibits and a high school solo competition. Having Dr. Paul Pollard as our inaugural guest artist was truly an inspiration for everyone in attendance!”

Winners of the high school solo competition were awarded scholarships and acceptance in Mixdorf’s applied studio. Justin Hazard of Gentry received the first place prize and a scholarship of $6,000 per year to study music at the University of Arkansas. Tyler Weaver of Fort Smith and Race Hobson of Mena placed second and third and earned annual scholarships of $5,000 and $4,000, respectively.

The event featured recitals by Pollard, Mixdorf and the University of Arkansas trombone studio, and attendees participated in sessions focused on proper warm-up fundamentals and cultivating musicality.

In addition to the high school and University of Arkansas students, undergraduates from Harding University, Henderson State University and Ouachita Baptist University were also in attendance.