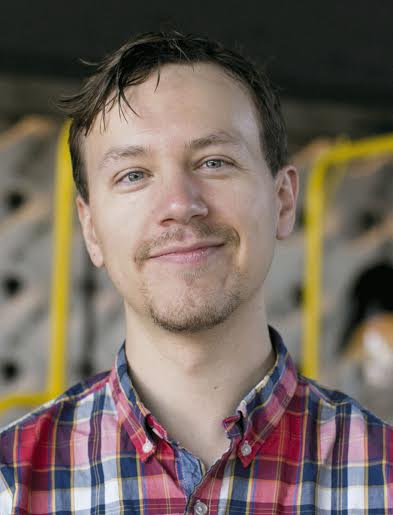 FAYETTEVILLE, Ark. – Playwright Kevin Kautzman will attend the informal reading of his award-winning play, Dream of Perfect Sleep, at 7:30 p.m. Tuesday, Feb. 25, in Kimpel Hall’s Studio 404. He will also give a workshop from 9:30 a.m. to 10:45 a.m. the same day in Kimpel Hall room 406A. The University of Arkansas department of drama and Theatresquared announced Kautzman’s play as the 2013 Kernodle Award-winner last September.

Dream of Perfect Sleep explores the absurdity and pain of aging and the challenge of exiting this world with grace. It has had several readings around the United States and in London. It is also the winner of the 2013 Southwest Playwriting Contest.

Kautzman is a playwright and screenwriter from North Dakota and graduated from the University of Minnesota where he studied history and philosophy. He holds a master of fine arts from the Michener Center for Writers at the University of Texas at Austin. He began studying playwriting in London at the Royal Court Theatre where he became a core writer out of the Young Writers Program.

"Kevin is an exciting new playwright on the national scene, and his play is a sharply drawn, unexpected look at the impact of Alzheimer's disease,” said Bob Ford, visiting assistant professor of drama and director of the playwriting program. “We're thrilled to be able to host him – and his play – at Fulbright College. It's one of the cool things about the Kernodle Award, exposing our students to artists who are helping to define the future of theatre – as they themselves have begun to do."

The Kernodle New Play Award is named after author, theatre pedagogue and Arkansan George Riley Kernodle. It is given to the best full-length drama by a playwright who has lived in the mid-America region. The award recognizes works that give voice to the rich diversity of Mid-America and comes with a cash prize.