U of A Bands to Hold Final Concert of Fall Season 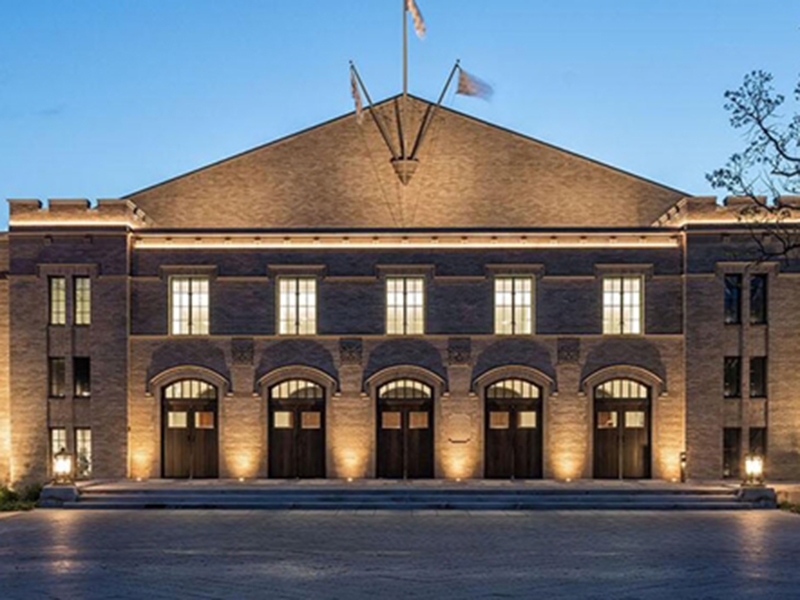 Faulkner Performing Arts Center on the U of A campus.

U of A Bands will feature the Wind Ensemble and Wind Symphony in the second concert of the Fall 2022 semester at the Jim and Joyce Faulkner Performing Arts Center at 7:30 p.m. Monday, Nov. 21.

The Wind Symphony will be performing four pieces. Percy Grainger's "Spoon River," conducted by graduate assistant Jason Reznicek, is a wind band arrangement of an American folk fiddle tune. John Mackey's "Sheltering Sky," conducted by Chase Jones, assistant director of bands, evokes the spirit of folk music even though the music is original to Mackey.

Following the Wind Symphony, the Wind Ensemble will open their performance with "Early Light" by Caroline Bremer, conducted by Jones.

"Bremer's piece is based on her experiences growing up, going to baseball games and hearing the national anthem beforehand. As such, you hear numerous quotes from the anthem throughout the piece," Jones said.

"This piece is a collection of French folk songs that commemorate the French and American soldiers who fought in World War II," Summers said. "Each movement is based on a different part of France."

Originally written as a string quartet, the Wind Ensemble will then perform "Nocturne" by Zhou Tian, transcribed for band by David Thornton. "'Nocturne' was inspired by the cold and isolation of winter," Summers said.

The final performance of the night will be Joan Tower's "Fascinating Ribbons." The U of A was a part of a consortium that commissioned this piece from Tower in 2001.

Admission to the performances is free, but a ticket is required. Tickets can be acquired through the Faulkner Performing Arts Center.