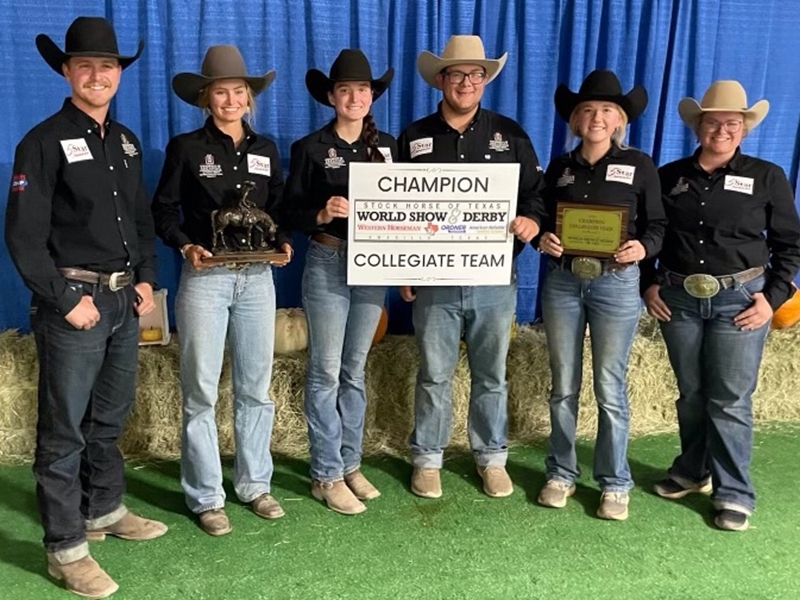 A year after winning the Division II reserve championship at the Stock Horse of Texas World Show, the U of A ranch horse team won the overall Division II collegiate title at this year's event in October.

"Our ranch horse team has come a long way since the start, said head coach Jordan Shore, who is assisted by Sidney Dunkel. "These students step up every year and have really put our college at the top. All the students who competed at the Stock Horse of Texas World Show and those who didn't travel deserved this win. Without a team effort from everyone, we would not have been able to accomplish what we did."

The team is housed in the Department of Animal Science in the Dale Bumpers College of Agricultural, Food and Life Sciences.