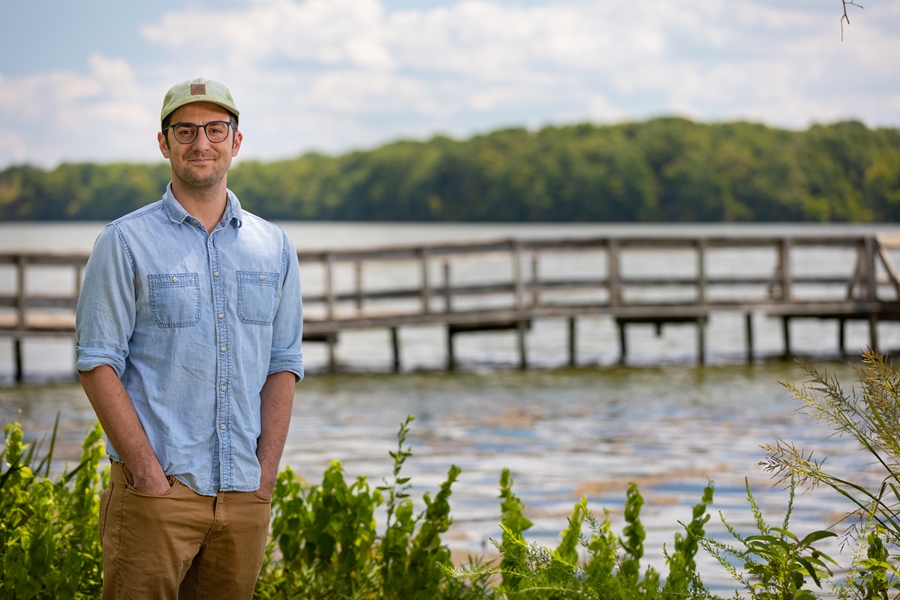 As the planet’s climate has gotten warmer, so has the prevalence of fish die-offs, or mass mortality events. These die-offs can have severe impacts on the function of ecosystems, imperil existing fish populations and reduce the global food supply. And the frequency of these events appears to be accelerating, with potentially dire consequences for the world if global carbon emissions are not substantially reduced over the 21st century.

Those are the findings of a recent paper co-authored by two members of the University of Arkansas Department of Biological Sciences: doctoral student Simon Tye and associate professor Adam Siepielski, along with several of their colleagues.

The paper, “Climate warming amplifies the frequency of fish mass mortality events across the north temperate lakes,” compiled 526 documented cases of fish die-offs that occurred across Minnesota and Wisconsin lakes between 2003 and 2013. The researchers determined there were three main drivers of these events: infectious diseases, summerkills and winterkills. 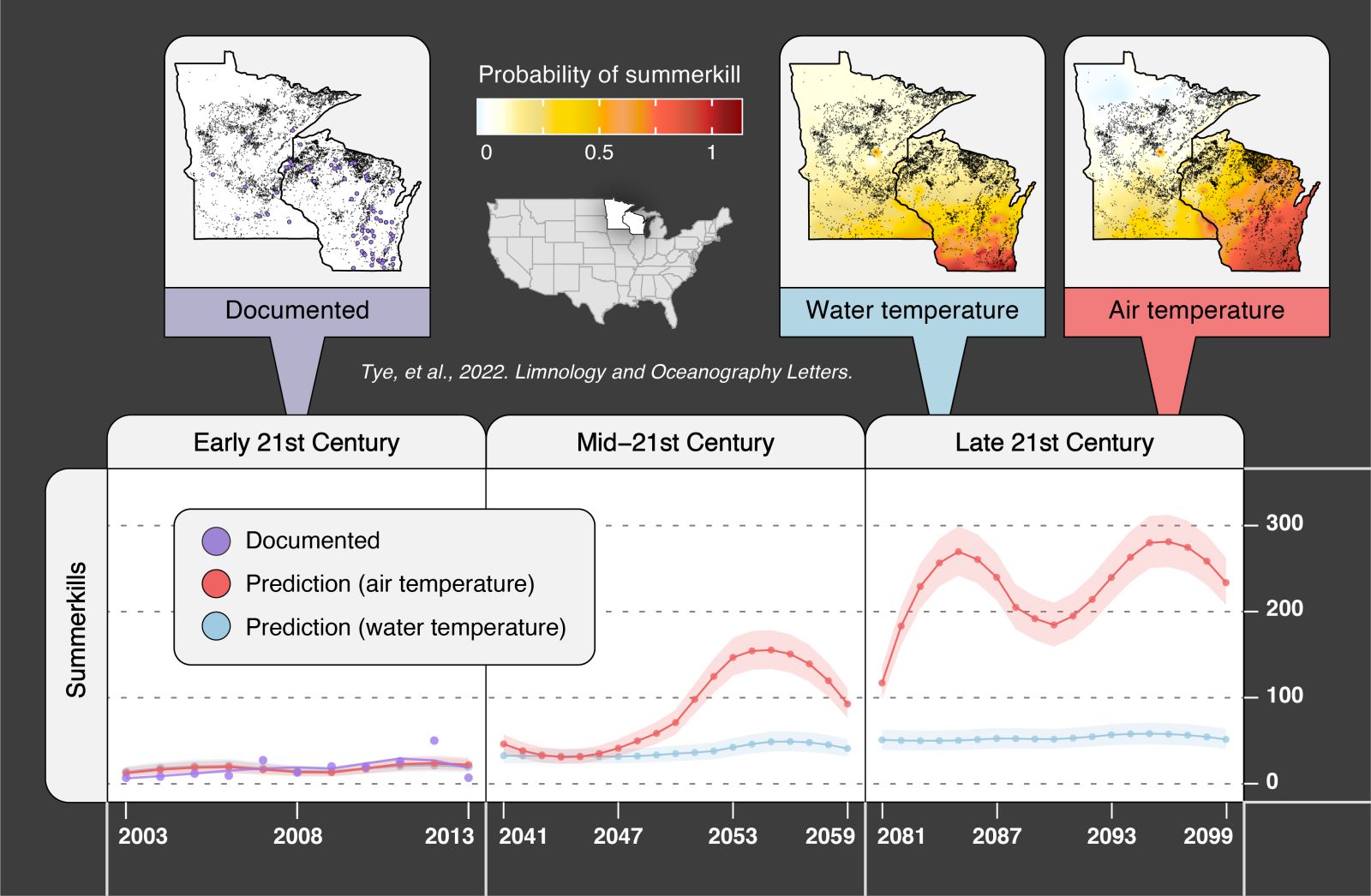 Finally, with a historical baseline established, the team used air and water temperature-based models to predict frequencies of future summerkills.

Though the study used data related to temperate northern lakes, Tye said the study is pertinent to Arkansas. “One of the findings of the paper is that similar deviations in temperature affect all types of fish, such that a regional heatwave could lead to mortalities of both cold- and warm-water fish,” he said.

“Specifically, climate change is more than gradually increasing temperatures because it also increases temperature variation, such as we experienced much of this summer,” he explained “In turn, our findings suggest these rapid changes in temperature affect a wide range of fish regardless of their thermal tolerance.”

Siepielski added, “This work is important because it demonstrates the feasibility of using readily obtainable data to anticipate fish die offs.

“As with many examples of how climate warming is negatively affecting wild animal populations, this work reveals that temperature extremes can be particularly detrimental.”

“The large scale of the project, using thousands of lakes and over a million air and temperature data points, is particularly impressive,” Siepielski added. “Lakes outside the study area, including those in Arkansas and surrounding areas, are not likely to be immune to these events increasing in frequency.”

Siepielski encouraged citizens of Arkansas to help document these events when they find evidence of them, even on their own property, by contacting the relevant authorities.

The paper was published in Limnology and Oceanography Letters. Tye and Siepielski are joined by co-authors Andrew Bray, Andrew L. Rypel, Nicholas B.D. Phelps and Samuel B. Fey.