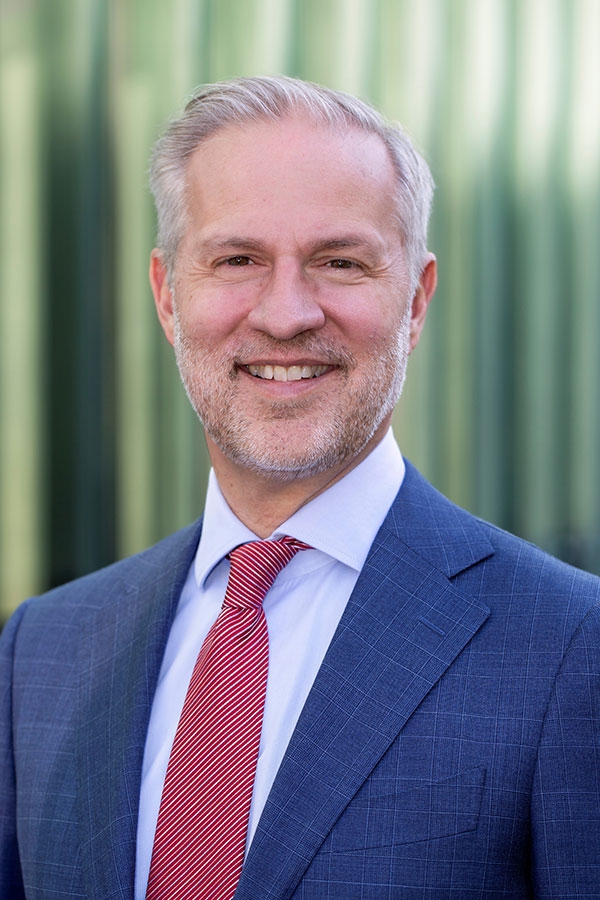 FAYETTEVILLE, Ark. – Mike Malone has been named vice chancellor for economic development. He will begin April 18, 2022.

"We are very excited to welcome Mike to the University of Arkansas," said interim Chancellor Charles Robinson. "Our ambition is to expand economic opportunity and prosperity in Arkansas through talent development, the deployment of innovative research and technologies, community engagement and place-making strategies — and to be the first choice for industry partnerships and collaborations. Mike has been a great partner and supporter of the U of A for many years, and he brings a wealth of experience and the drive and ability to make the Division of Economic Development a force for Arkansas' greater good."

Malone brings nearly three decades of experience building coalitions and partnerships to advance community and economic development opportunities. Since 2016 he has served as vice president for corporate and community affairs for Runway Group, overseeing a wide range of community development projects and direct investments in Northwest Arkansas, including workforce development, talent attraction and business recruitment, outdoor recreation and philanthropy. From 2006-2016, he served as president and CEO of the Northwest Arkansas Council, leading the creation and implementation of regional growth and development strategies that resulted in significant employment gains, economic growth and improved quality of life in Northwest Arkansas.

Prior to his work in Arkansas, Malone held senior staff leadership positions in the White House, the Federal Emergency Management Agency, the U.S. Senate, and the House of Representatives. He currently serves on the boards of directors of Heartland Forward and the Bentonville Chamber of Commerce and is a member of the board of trustees of Hendrix College. He holds a master of arts degree in Public Affairs from the Hubert H. Humphrey Institute of Public Affairs at the University of Minnesota and is a cum laude graduate of Hendrix College having received a bachelor of arts degree with distinction in political science.

"I'm honored and excited for the opportunity to serve as the vice chancellor for economic development at the University of Arkansas." Malone said. "While the U of A already has a large economic impact on our state today, emerging opportunities like the establishment of the I³R, enhanced support for startups and entrepreneurs, and growing partnerships with businesses and communities have us poised to see our economic impact grow considerably in just the next few years."

The Division of Economic Development directs and coordinates the university's campuswide efforts to expand economic opportunities and improve quality of life in Arkansas and beyond. Malone will be responsible for assessing, increasing and communicating the economic and social impacts of the U of A, building on the university's $2.2 billion annual impact on the state's economy. Units reporting to the vice chancellor for economic development include the Office of Entrepreneurship and Innovation, the Office of Industry and Community Engagement, Technology Ventures, the World Trade Center Arkansas, and the Arkansas Small Business and Technology Development Center at the University of Arkansas.

"No one I know advocates for our state more effectively than Mike Malone, and he is an excellent choice to lead the University of Arkansas' bold vision to expand economic opportunity for all," said Steuart Walton, chair of Gov. Asa Hutchinson's Arkansas Economic Recovery Task Force and co-founder of Runway Group. "Mike's impressive career has given him a breadth of experience that will no doubt strengthen relationships, energize new partnerships, and catalyze entrepreneurship and innovation that puts Arkansas at the top of the list for business and talent attraction."

A member of the chancellor's executive team, the vice chancellor for economic development is responsible for significant progress toward campus goals of commercializing faculty and student research, catalyzing entrepreneurship and innovation on campus and in the region and establishing the University as the premier partner in providing timely and relevant education and skills to the Arkansas workforce. In addition, the office collaborates with departments and schools across campus to amplify the university's service to and economic impact on Arkansas.

Malone also will share oversight of the Institute for Integrative and Innovative Research (I³R) with John English, vice chancellor for research and innovation, and Ranu Jung, executive director of the Institute. I³R is bringing change-makers and thought-leaders together, collaborating with commercial, philanthropic, non-profit and governmental organizations to deliver positive societal impact. The Institute was established through a landmark $194.7 million grant from the Walton Family Charitable Support Foundation, an investment that followed a $23.7 million grant from the foundation to augment the university's research and economic development infrastructure.

David Snow, who has been serving as interim vice chancellor for economic development, will continue to lead technology commercialization efforts at the university. Snow also serves as President of the University of Arkansas Technology Development Foundation (UATDF), which is a non-profit organization whose mission is to promote and grow a knowledge based economy in Northwest Arkansas, currently focused on the urbanization and development of Arkansas Research and Technology Park's 100-plus-acre campus in South Fayetteville.

"We are grateful to David for taking the helm during such a formative period in the evolution of our economic development division, which is still very new," said Robinson. "Under his leadership, the university established some very promising programs and, notably, the university's presence into Bentonville with the launch of The Collaborative. Thanks also go to Margaret McCabe, for her work chairing the search, as well as the members of the search committee who gave their time and talents to help us throughout this process."

About the University of Arkansas: As Arkansas' flagship institution, the U of A provides an internationally competitive education in more than 200 academic programs. Founded in 1871, the U of A contributes more than $2.2 billion to Arkansas' economy through the teaching of new knowledge and skills, entrepreneurship and job development, discovery through research and creative activity while also providing training for professional disciplines. The Carnegie Foundation classifies the U of A among the top few U.S. colleges and universities with the highest level of research activity. U.S. News & World Report ranks the U of A among the top public universities in the nation. See how the U of A works to build a better world at Arkansas Research News.