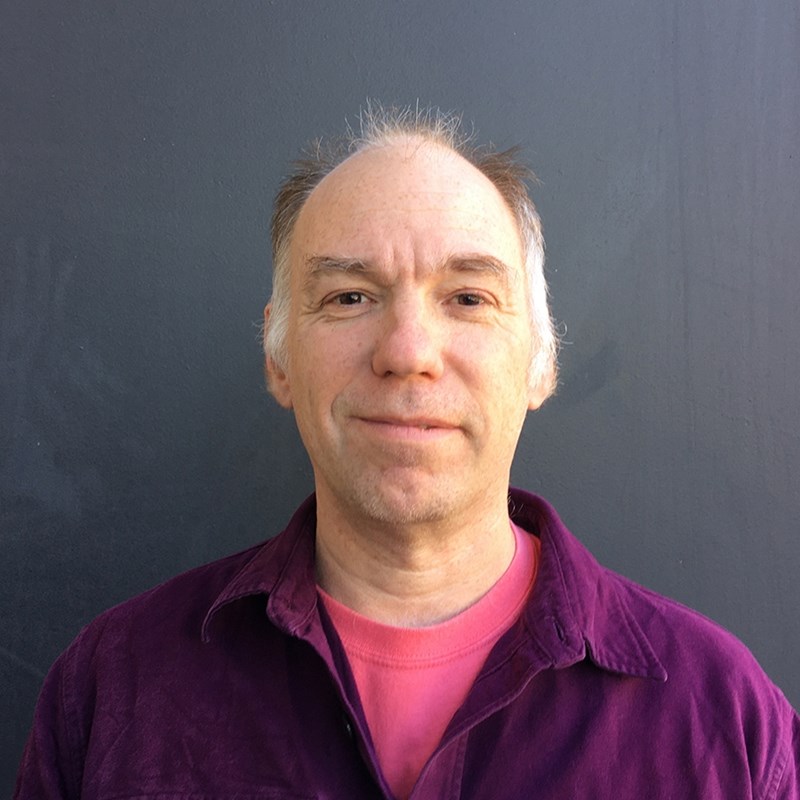 Chaim Goodman-Strauss, U of A professor of mathematics in the Fulbright College of Arts and Sciences, was recently awarded first place in the 2021 Rosenthal Prize for Innovation and Inspiration in Math Teaching for his hands-on classroom exploration of symmetry, titled "Tooti Tooti."

The Rosenthal Prize is awarded by the National Museum of Mathematics (MoMath) in New York City to recognize and promote hands-on math teaching in upper elementary and middle school classrooms, and first place carries a cash award of $25,000. Goodman-Strauss' lesson plan will be shared with educators around the world through MoMath's virtual archive of award-winning activities.

"MoMath is thrilled to award the 2021 Rosenthal Prize to Chaim Goodman-Strauss for his creativity and innovation in developing a highly engaging lesson plan about symmetry," said Cindy Lawrence, CEO and executive director of MoMath. "Professor Goodman-Strauss is helping to inspire the next generation of STEM leaders with activities that allow young people in classrooms around the world to experience the wonder and beauty of mathematics."

In Goodman-Strauss' lesson, elementary school students cut open an envelope to craft handmade paper "tiles." They then piece the tiles together into patterns that can fill an infinite space in a symmetrical manner, the symmetry of the pattern related to the form of the envelope.

Goodman-Strauss developed "Tooti Tooti" over several years and tested the concept at the Thaden School in Bentonville, the Tyson School of Innovation in Springdale and a local math circle run by the U of A's mathematics faculty.

"There's nothing like getting your hands on something to truly understand an abstract concept – plus, it's a lot of fun!" Goodman-Strauss said. "I'm honored and grateful to the Rosenthals and to the National Museum of Mathematics – and appreciate all the help from local students and teachers in refining Tooti Tooti."

Since it was established in 2012, MoMath's Rosenthal Prize has given cash awards to 27 individuals, totaling more than $330,000. The award is named for Saul Rosenthal, president of Oxford Funds LLC, trustee of the National Museum of Mathematics and a longtime supporter of math education.

Goodman-Strauss credits his interest in hands-on exploration of mathematics to the Montessori system of math manipulatives, which he encountered when his mother trained as a Montessori teacher. His own outreach began 30 years ago, when he managed to lure sleepy teens to the University of Texas campus for interactive math shows on Saturday mornings.

Over the years he has developed toys, trading cards, stickers, games and zines that explore topics from the foundations of logic to the shape of the universe. In collaboration with Kyle Kellams, he produced the Math Factor podcast that aired on KUAF's Ozarks at Large program from 2004-2012. With noted mathematician John H. Conway and Heidi Burgiel, Goodman-Strauss co-authored and illustrated The Symmetries of Things, on the modern orbifold approach to planar symmetry.

Goodman-Strauss has also led a series of participatory public art events that explore mathematical topics. In partnership with local artist Eugene Sargent, he created a series of sculptures that were assembled on-site in Atlanta by attendees of the biennial Gathering 4 Gardner, honoring longtime Scientific American columnist Martin Gardner. Goodman-Strauss' work with Sargent is also in the permanent collection of the Puzzle Museum in Boca Raton, Florida.

Most recently, he worked with Honors College students and staff to put on the Math Circus, the college's contribution to the Come as You Arkansas celebration last September. Artwork produced at the Math Circus that demonstrates the negative curvature of hyperbolic geometry is currently on display in the Honors College wing of Gearhart Hall.