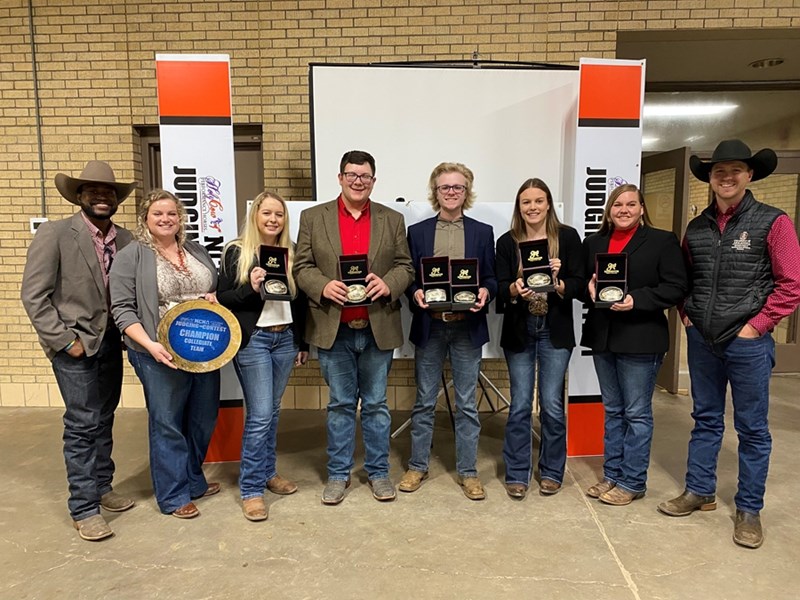 The U of A equine judging team has won back-to-back titles at the National Cutting Horse Association Judging Contest, winning in 2019 and 2021. There was no event in 2020 due to the pandemic.

The U of A's equine judging team defended its title and won the National Cutting Horse Association Judging Contest in Fort Worth in December.

Competitors are graded on an NCHA rulebook test, a penalty clip test where students must identify penalties in videos and in placing two sets of 10 horses. The top 10 individuals then move to a second round and judge a set of 10 horses in a live finals contest.

"Our students worked hard all semester in preparing for this contest and it showed," said Shore. "It's not very often you see an entire team in the top 10 individually in a contest, but these students accomplished that. The students deserved all they were awarded, and I am extremely proud of them."

The team is housed in the Department of Animal Science in the Dale Bumpers College of Agricultural, Food and Life Sciences, and all team members are animal science majors.

They were awarded Gist belt buckles and trophies, and the program earned $2,000.

Arkansas also won the NCHA championship in 2019. There was no 2020 event due to the pandemic.