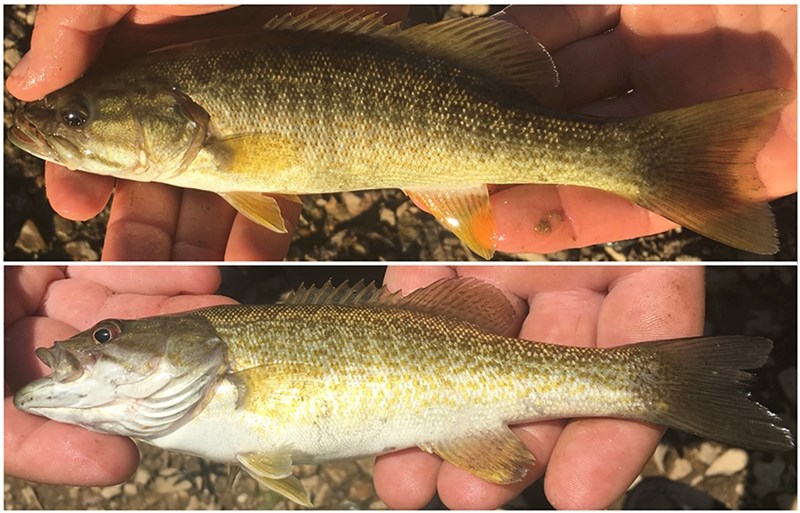 Biology researchers at the U of A are partnering with the Arkansas Game and Fish Commission to identify and track the hybridization of smallmouth bass in the Ozark Plateau and Ouachita Mountains of Arkansas to help protect native species.

With a grant from AGFC totaling more than $300,000 over four years, the research team will use genetic and morphological — physical characteristic — approaches to track two native forms, the Neosho and Ouachita smallmouth bass.

A third form, the Northern smallmouth bass, is not native to this region, but was introduced to regional lakes for recreational purposes and has dispersed into streams where it hybridizes with the native bass. Such hybridization can result in local extinctions and become a management concern.

The researchers, led by U of A professors Marlis and Michael Douglas, will track the duration and extent of hybridization by examining museum specimens collected from two different time periods: pre-1950s and 1950-2005. AGFC will also collect contemporary samples for analysis.

“This study demonstrates how collaborative research among agencies, universities and stakeholders works to conserve our natural heritage and provides a template for the adaptive management of biodiversity in our unique Interior Highlands,” said Marlis Douglas.

Because the three smallmouth bass lineages are difficult to differentiate, distinct genetic groups will be identified first using DNA analyses that trace individual ancestry. Body shape differences among these groups will then be quantified by digitizing individual images using an approach called geometric morphometrics, which is similar to facial recognition software. Next, a statistical approach called discriminant analysis will ascertain which shape differences best characterize hybrid, northern or native forms.

The findings of the study will allow agency biologists and outdoors enthusiasts to determine which group an angled bass belongs to by simply collecting and inserting measurements into an app. Such a field-based diagnosis will have two conservation benefits: recognition of where native forms currently exist and where AGFC should focus its management to retain the native forms.