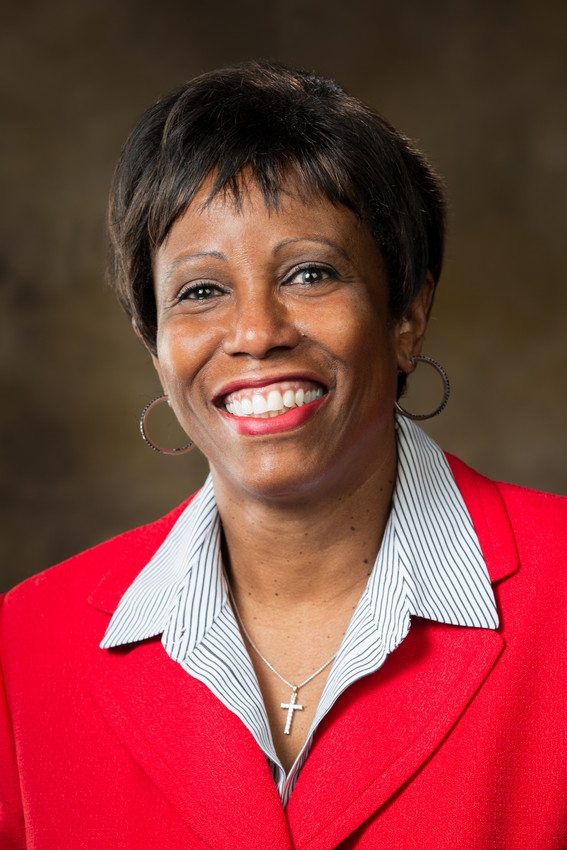 FAYETTEVILLE, Ark. – Cynthia Nance, dean emerita and the Nathan G. Gordon Professor of Law at the University of Arkansas School of Law, has received the Richard S. Arnold Award for Distinguished Service in the Western District of Arkansas by the Eighth Circuit Bar Association. The award was presented at the Eighth Circuit Judicial Conference Oct. 29 in Colorado Springs, Colorado.

The awards are made by the Association based on nominations provided by the chief judges of each district in the Circuit. Recipients are selected based on the following characteristics of Judge Arnold:

"This award is a tribute to Dean Nance's leadership in legal education, her demonstrated commitment to justice and her continued service as a role model to our law students and wider community, and we are incredibly proud of her," said Margaret Sova McCabe, dean of the law school.

"I am honored by this singular and very special recognition," Nance said. "It is quite meaningful to me given the fact that it is awarded by jurists I know and greatly respect, and it recognizes the extraordinary legacy of the Judge Richard Sheppard Arnold."

Nance joined the U of A School of Law faculty in 1994 as an assistant professor and served as the dean from 2006 to 2011. Her teaching and scholarship focus on labor and employment law, workplace legislation, poverty law and Lawyers as Leaders, and she was the law school's first director of pro bono and community engagement.

Nance's articles appear in journals including the Iowa Law Review, Berkeley Journal of Employment and Labor Law, Rutgers Law Review and Brandeis Law Review. She has given presentations on various legal and educational issues nationally as well as in Mexico, Brunei, Singapore and Ukraine. She served as keynote speaker for the Commonwealth of the Northern Marianas' inaugural Martin Luther King Jr. Day Celebration.

She is the former Eighth Circuit Member of the American Bar Association's Standing Committee on the Federal Judiciary and represents the ABA Labor and Employment Law Section in the House of Delegates. Nance is a Fellow of the College of Labor and Employment Lawyers, and an elected member of its Board of Governors. She is also an elected member of the American Law Institute and The Labor Law Group, and serves on the Arkansas Advisory Committee to the United States Civil Rights Commission.

About Judge Arnold
Richard Sheppard Arnold (1936-2004) of Texarkana, Arkansas, served on the United States Court of Appeals for the Eighth Circuit from 1980 until his death in 2004. He graduated first in his class at Yale University (where he majored in Latin and Greek) and first in his class at Harvard Law School. He was a law clerk for Supreme Court Justice William Brennan in 1960-1961. After practicing law in Washington D.C., and teaching part-time at the University of Virginia Law School, he returned home and practiced with Arnold & Arnold in Texarkana from 1964 to 1973. Arnold also served on the staff of Arkansas Governor Dale Bumpers, and was nominated by President Carter to take a joint seat for the U.S. District Courts for the Eastern and Western Districts of Arkansas. He was elevated to the Eighth Circuit in 1980.

The School of Law offers a competitive J.D. as well as an advanced LL.M. program, which are taught by nationally recognized faculty. The school offers unique opportunities for students to participate in pro bono work, externships, live client clinics, competitions, and food and agriculture initiatives. The school strives to identify, discuss, and challenge issues of race, color, ethnicity, and the impact(s) they have on students, faculty, and staff members in an effort to achieve a diverse, inclusive, and equitable community. From admitting the Six Pioneers who were the first African American students to attend law school in the South without a court order to graduating governors, judges, prosecutors, and faculty who went on to become President of the United States and Secretary of State, the law school has a rich history and culture. Follows us at @uarklaw.