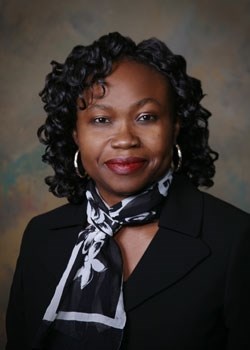 Harvard's Kennedy School of Government has named E.J. Ball Professor of Law Uche Ewelukwa Ofodile a Senior Fellow of the Mossavar-Rahmani Center for Business and Government for the 2021-22 academic year.

The mission of the Mossavar-Rahmani Center for Business and Government is to advance the state of knowledge and policy analysis concerning some of society's most challenging problems at the interface of the public and private sectors. Drawing on the unparalleled intellectual resources of the Kennedy School and Harvard University, and bringing together thought leaders from both business and government, the center conducts research, facilitates dialogue and seeks answers that are at once intellectually rigorous and policy relevant.

Ofodile's research will focus on the legalization and regulatory hardening of corporate social responsibility in diverse jurisdictions around the world and also on the emergence of CSR language in international investment and trade agreements. At the Kennedy School of Government, Ofodile will work closely with Professor John G. Ruggie, the architect of the United Nations Guiding Principles on Business and Human Rights.

One of Ofodile's goals is to use her time at the Kennedy School to broaden knowledge about the emerging and changing legal framework for CSR and the positive as well as negative impact of business operations on human rights across the entire global value chain. Ofodile also hopes to stimulate debate about how businesses in all economic sectors can be powerful forces of change, poverty alleviation and sustainable development.

"This prestigious appointment is a wonderful recognition of professor Ofodile's work, and I could not be prouder to have her on our faculty," said Margaret Sova McCabe, dean of the law school. "Her research showcases her impressive intellect, which had led to her high standing in the global community, and her work significantly enhances the School of Law's global reach."

"I am quite excited and feel truly honored to be appointed a senior fellow by distinguished institution with a large global footprint," Ofodile said. "I am very humbled by this appointment, considering the caliber of individuals that Kennedy School of Government has historically selected as fellows."

Ofodile holds the E. J. Ball Endowed Chair at the U of A School of Law and is a member of the faculty of the LL.M. Program in Agricultural and Food Law there. She is also an affiliated professor of African and African American Studies at the U of A's J. William Fulbright College of Arts and Sciences. Ofodile's teaching, research and scholarship focuses on international investment law, international trade law, intellectual property law, international dispute settlement, agriculture and food law, corporate social responsibility, as well as technology and the law.

Ofodile is widely published; her articles and essays have appeared in numerous refereed and policy-oriented journals. She has authored two monographs and is currently completing two books: Legal Aspects of China-Africa Trade and Investment (forthcoming 2022, from Oxford University Press) and Business and Human Rights in Africa (forthcoming 2022, from Routledge).