U of A Junior Selected As Harry S. Truman Scholarship Finalist 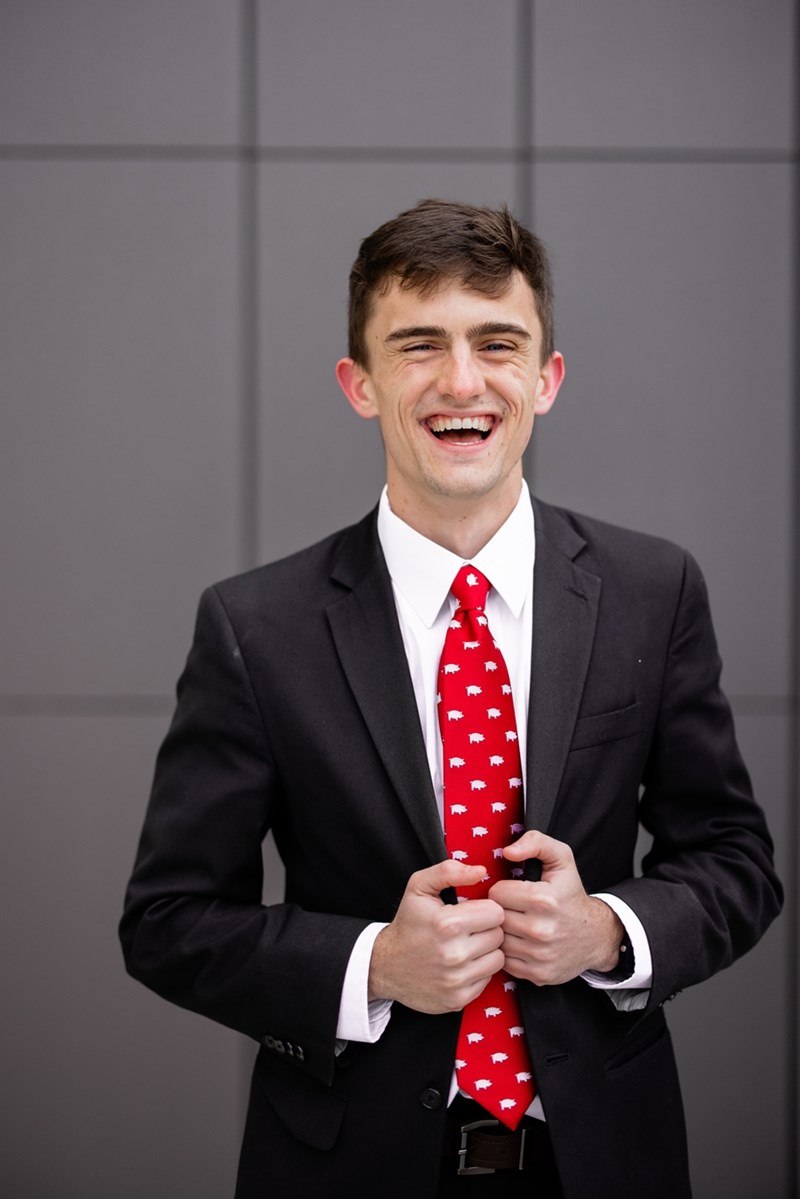 U of A junior Coleman Warren has been selected as a finalist for the 2021 Harry S. Truman Scholarship. His selection puts him among the top students dedicated to a career in public service in the country.

Warren, a Fayetteville native, is an honors industrial engineering major in the College of Engineering and an honors political science major in the Fulbright College of Arts and Sciences. He is interested in hunger and food insecurity issues in Arkansas and eventually plans to run for office in the state.

“I am extraordinarily grateful for this opportunity,” Warren said. “Getting to this point in the process would not have been possible without the encouragement and direct support from all of the wonderful, talented people in my life. For me, the Truman Scholarship is an opportunity to develop a deeper understanding of the issues facing Arkansans and how we can build a brighter future in this state.”

With an interest in food insecurity, Warren has served as an AmeriCorps VISTA Summer Associate at the Food Bank for the Heartland in Omaha, Nebraska. He also started an artisanal ice cream business. By donating 35 percent of its profits to charity (with a goal of 100 percent donation as soon as the business is completely on its feet), the new business has already provided over 15,000 meals to the local community through partnerships with local food banks.

Warren has also been active in the Associated Student Government, the Volunteer Action Center, the Distinguished Lectures Committee and the Student Alumni Board at the university.

"I am pleased that Coleman Warren has been selected as a Truman Finalist," said Provost Charles Robinson. "And I wish him well in his interview with the Truman Foundation this week. Coleman is certainly very deserving of this national recognition. Truman Finalists are known as change agents, and Coleman’s commitment to public service is evident. As the newly elected Associated Student Government president, he has made clear his desire to help shape change on our campus, and his interests in serving go beyond the campus. He is dedicated to making a difference in our state. I look forward to working with Coleman this year in his role as ASG president and to reading about his service to Arkansas in the years to come."

Truman Scholars are selected based on a commitment to a career in public service and are awarded $30,000 in scholarship funds to attend graduate or professional school. The application process is rigorous, requiring more than 50 hours to complete. This year, 845 students from 328 colleges and universities across the nation applied for Truman Scholarships. Finalists demonstrate outstanding leadership, public service and academic achievement. Of those applicants, 60 scholars will be selected from among the finalists and will be announced mid-April.

“The overwhelming interest in public service from this year’s applicants is inspiring,” said Terry Babcock-Lumish, the Truman Foundation’s executive secretary and a 1996 Truman Scholar from Pennsylvania. “This last year tested our nation with a deadly pandemic, an economic crisis and a renewed call to address climate change and racial injustice. While these are trying times, Americans can take solace that a generation of action-oriented young leaders are already tackling today’s challenges with an eye towards bettering tomorrow’s world.”

Warren will interview with the Truman Scholarship Nashville committee. All Truman finalists will be interviewed online this year for the second time in the Truman Foundation's history in order to mitigate the spread of COVID-19.

“Coleman is seeking honors degrees in both the College of Engineering (B.S.) and in Fulbright College (B.A.). That is an ambitious goal, and he has performed flawlessly in both,” said Kim Needy, dean of the College of Engineering, “and all while serving as a leader on campus and in the community. He has created his own business — Simple and Sweet Ice Cream — in order to fund meals for hungry families in Arkansas, and this is just the beginning for him. All of my experiences with Coleman — in my leadership class, with the college and with campus service — indicate that he will be an extraordinary leader in this state and beyond it.”

U of A students who are interested in applying for the Truman Scholarship should contact the Office of Nationally Competitive Awards at awards@uark.edu.