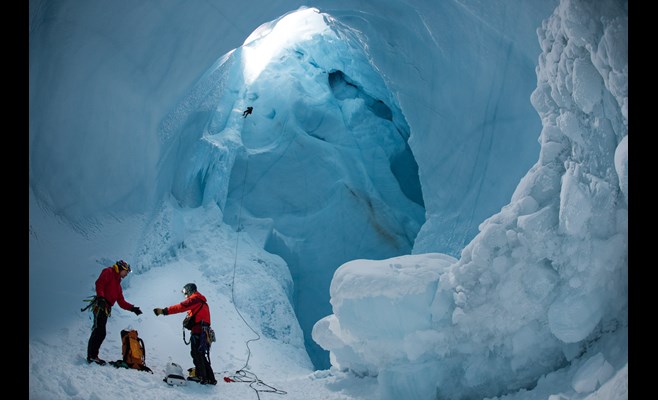 Researchers inside a moulin on the Greenland ice sheet. 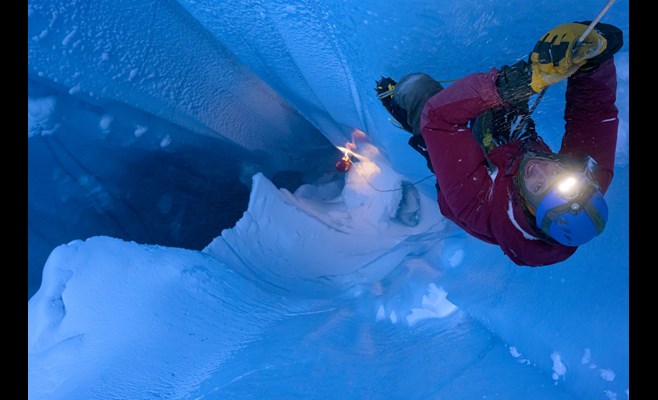 Matt Covington climbs into a moulin on the Greenland ice sheet. 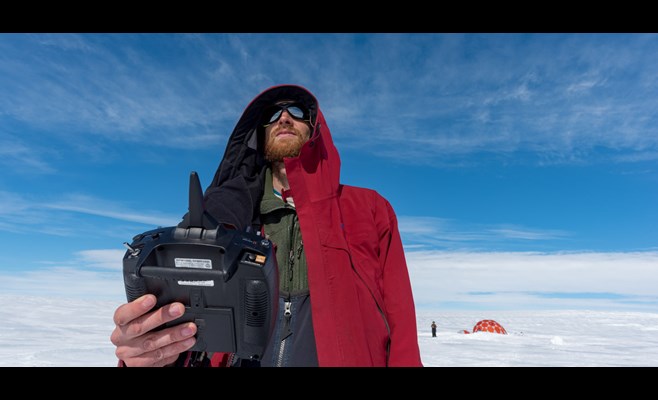 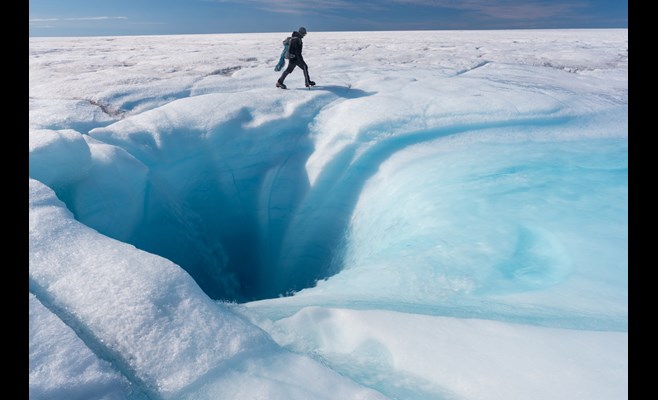 A moulin is a hole in an ice sheet that carries meltwater to its base. 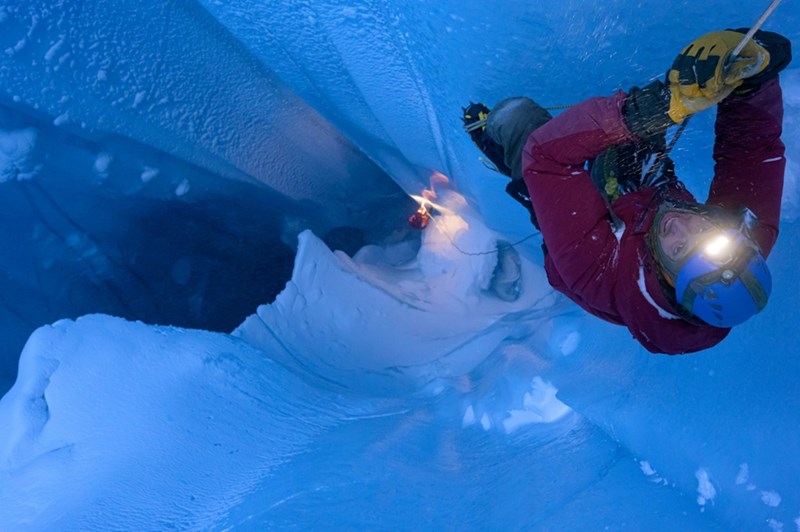 Matt Covington climbs into a moulin on the Greenland ice sheet.

FAYETTEVILLE, Ark. – Holes that carry surface meltwater to the base of the Greenland ice sheet, called moulins, are much larger than previously thought, according to a new study based on observation and first-hand exploration by a team including a geologist from the University of Arkansas.

The extra volume could influence the stability of the Greenland ice sheet and how quickly it slides toward the sea.

The team studied the relationship between the size of the moulins and the daily variation of water depth in them during the summer melt season. Scientists believe increased water depth, and therefore pressure, inside moulins lubricates the base of the ice sheet and increases the speed of its movement toward the sea, the way an ice cube slides easily on a thin film of water. But until now, little was known about the actual size of moulins and how much water they can hold.

"We compared our models with in-the-field observations of the water levels and it seemed like we would need really huge volumes inside moulins to produce the relatively smaller water variations that we were seeing,” said Matt Covington, associate professor of geosciences and first author of the study published in the journal Geophysical Research Letters. “Then when we went back in the following year and explored a moulin, it was giant. It was a case where the model made the prediction, and we went out in the field and it turned out to be right.”

The team made two trips to the Greenland ice sheet in October 2018 and October 2019. During each trip, they used ropes and other climbing equipment to rappel 100 meters into two separate moulins, almost reaching the water level.

“It's intimidating,” said Covington, an experienced cave explorer. “You back over the edge and you just see blueish ice going down as far as you can see, and then it's blackness and there also are occasional sounds of crashing ice, which is pretty unnerving.”

“We're trying to understand the way the meltwater is interacting with the ice motion, and the main thing that we found is that the water pressure within these moulins is not as variable as was previously observed, and that this seems to result from really large volumes in the moulins,” Covington said.