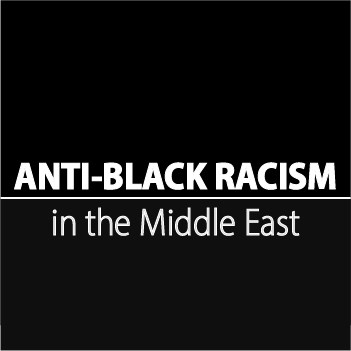 Register for the panel discussion.

This panel will interrogate constructions and understandings of blackness, race, and culture in the Arab World.

Samaher AlDhamin is an assistant professor at King Saud University in Riyadh, Saudi Arabia. Her main research is on class, gender, and racism in Southwest Asia and North Africa, with interests in Cinema and Arabic literature. Her current project focuses on representations of female domestic workers in modern Arabic fiction.

AlDhamen will analyze how racism and slavery have been portrayed in Arabic literature. Her particular focus is on language concerning Blackness, and how recent racial struggles in the U.S. have impacted discussions about how to describe, appropriately and respectfully, Arabs who are considered phenotypically "Black."

Alshaatha Alsharji is a doctoral student from Muscat, Oman, working on her degree in comparative literature and cultural studies at the University of Arkansas. Her research focuses on feminist and postcolonial literature and theory, and issues of race and gender in the Arabian Peninsula. Other research interests include film studies, critical race theory, and intercultural communication.

Alsharji will focus on Oman, where an understanding of race based on White‐Black racial binaries does not capture the subtleties and complexities of local identities, especially for "Brown" Arab bodies that carry varying combinations of Arab, African, and Asian backgrounds. She will discuss how Oman's imperialist history in East Africa informs depictions of race in the country.

Ted Swedenburg is professor of anthropology and program coordinator of the Middle East Studies Center at the University of Arkansas. He is the author of Memories of Revolt: The 1936‐39 Rebellion and the Palestinian Past and of a number of articles and book chapters dealing with Middle Eastern popular music. He conducted field research with Nubians in Egypt between 1994 and 2000.

Swedenburg will discuss the struggles of Egyptian Nubians to preserve their culture and assert their dignity. He will focus on two songs, one from 1921 and the other from the 1990s, as representatives of how Nubian struggles, and concerns, have evolved over the course of the twentieth century.

The forum will be moderated by Mohja Kahf, a professor of comparative literature and Middle Eastern studies at the University of Arkansas since 1995. Her most recent book, co‐edited with U of A doctoral alumna Nadine Sinno, is Constructions of Masculinity in the Middle East and North Africa, and is forthcoming from American University of Cairo Press this year. She is the author of a novel and three poetry collections, the latest of which, My Lover Feeds Me Grapefruit, is the winner of the Press 53 Poetry Prize for 2020. Kahf's writing has been translated to Arabic, Turkish, Persian, Urdu, Japanese, Malayalam, Italian, German, and French. She has guided and is guiding several dissertations that investigate anti‐Blackness in Arabic literature.

This lecture is presented by the King Fahd Center for Middle East Studies, the Department of Anthropology, the Department of English, the African and African American Studies Program, and the Arkansas Humanities Center at the University of Arkansas.