John Tolleson Remembered for His Musical Talent and Development Work 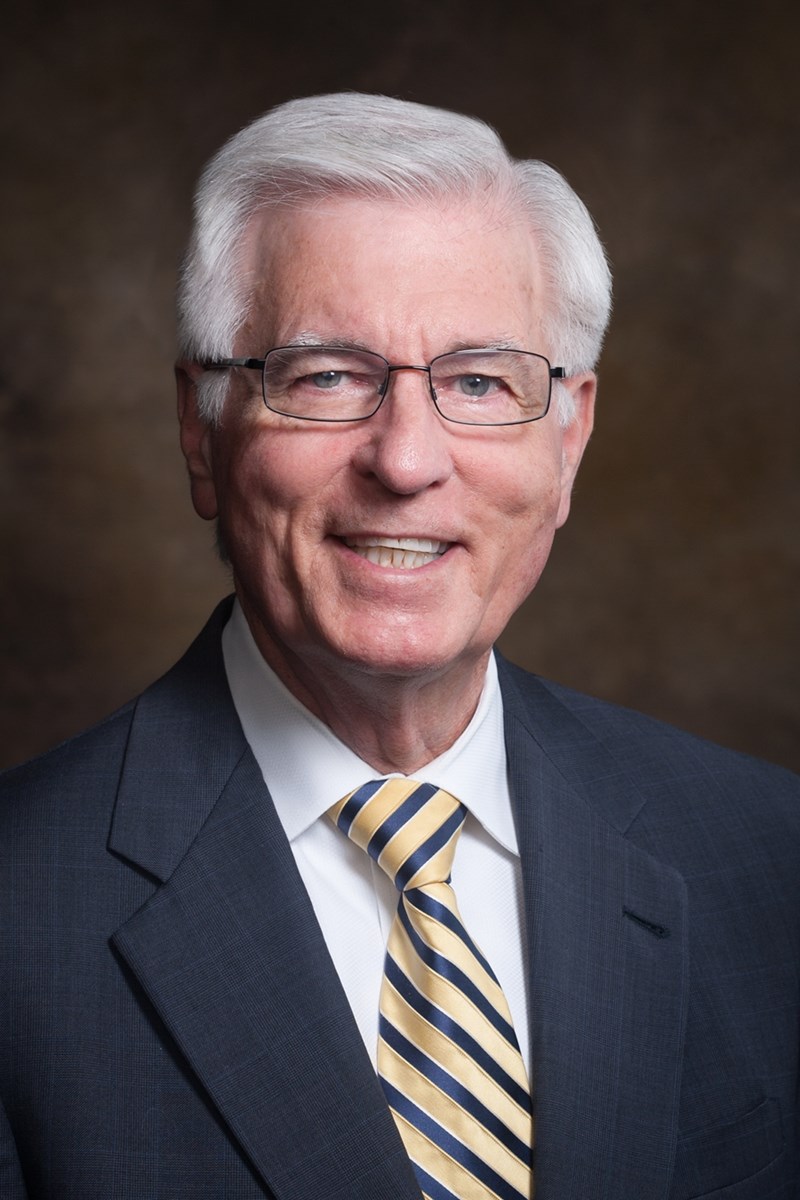 John Tolleson, a beloved alumnus and former major gift officer with University Development, passed away on Oct. 6. He was 83.

John was born in Board Camp, Arkansas and grew up in Greenwood. During his childhood, he developed a lifelong love of music and pursued this passion as a student at the University of Arkansas, starting at the age of 17. He was the first-chair trombonist in the Razorback Marching Band and a trombone player in the Bob Donathan Orchestra, later forming his own band, "John Tolleson and His Bunch." He graduated in 1959 with a Bachelor of Science in Education with an emphasis in music education and earned a Bachelor of Science in Business Administration in 1961. While he was at the university, he was a member of Sigma Nu fraternity and met his future wife, Gail.

After graduation, John enjoyed a 36-year career with Baldwin Piano & Organ Co., living in Cincinnati, Chicago and Phoenix, before retiring as vice president of domestic sales.

His retirement brought him back to Northwest Arkansas, where he soon felt compelled to work once again. He accepted a position as regional director of development with the university during the Campaign for the Twenty-First Century, which raised more than $1 billion from 1998 to 2005. John spent 10 years raising money on behalf of the university, earning the title of "Road Warrior" on countless occasions for his ambitious travel schedule. As the office of university development's unofficial resident musician, he often led the singing of "Happy Birthday" for colleagues at the group's monthly meetings in University House.

In his role as a regional development officer, John led the fundraising efforts on behalf of several Greek organizations on campus, as well as the university's Steinway Piano initiative.

Mark Power, vice chancellor for university advancement, worked with John during the Campaign for the Twenty-First Century and remembers what a wonderful colleague he was.

"John and I started at the university at the same time in 2001," he said. "He was an amazing friend and mentor to me. I truly looked to emulate John's professionalism and treatment of others. He was a talented and special person, and I will miss him dearly."

John was a member of St. Paul's Episcopal Church in Fayetteville, where he served as Senior Warden, and the Rotary Club of Fayetteville, where he was president from 2014 to 2015. His family notes that he was fun and always willing to try new things. He loved roller coasters, all kinds of foods, quirky roadside attractions, challenges of all kinds, and — of course — the Razorbacks.

John is survived by his wife of 60 years; his daughters Jennifer (Brenda), Leslie (Randy), Julie (Pam), Susannah (Doug); and six grandchildren, Harrison, Tag, Spencer, Clare, David and Rory; and his two dogs, Samuel-George and Hope. He was preceded in death by his parents, H.G. and Jo Harrison Tolleson of Greenwood.

Any gifts made in John's memory can be sent to St. Paul's Episcopal Church in Fayetteville by visiting www.stpaulsfay.org/give or mailing contributions to 224 N. East Avenue, Fayetteville, Arkansas 72701.