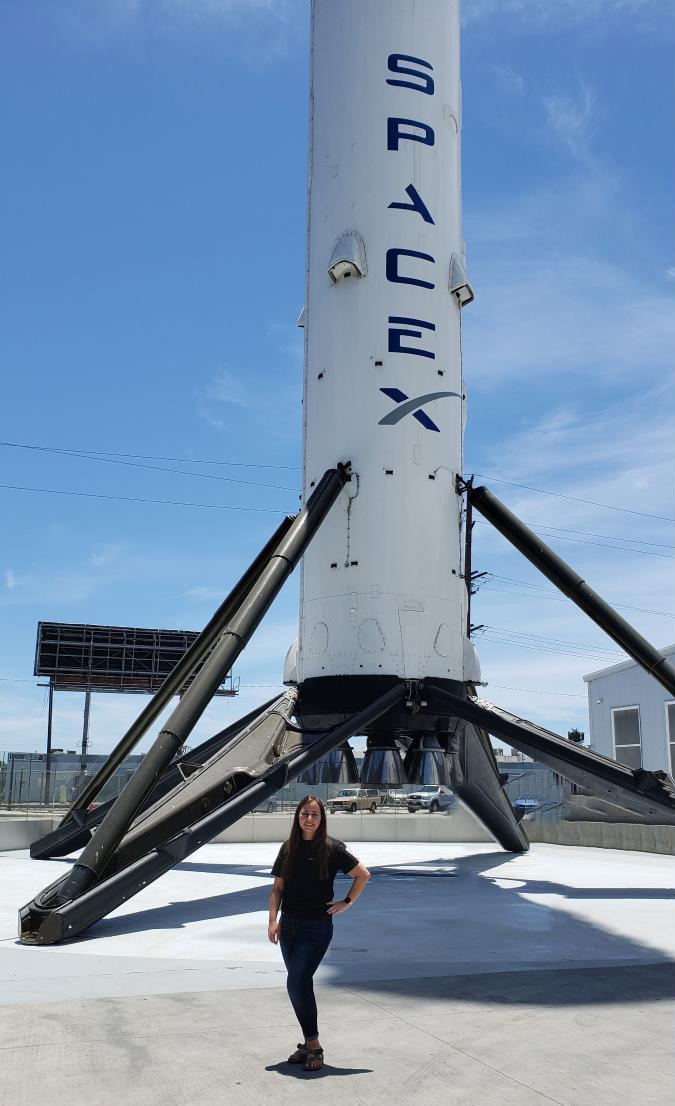 A University of Arkansas student had the opportunity of a lifetime this summer working alongside SpaceX engineers during the company's first crewed flight.

"SpaceX is a leader in space technology, and it's an honor to be able to help achieve a goal that I support, "she said.

The NASA SpaceX Demo-2 mission is the company's first flight carrying a crew, and it's the second flight of the Crew Dragon spacecraft to the International Space Station.

Rucker watched the May 30 launch live from the SpaceX corporate headquarters in Hawthorne, California.

The setting was different because of the pandemic but she said the air was filled with excitement.

"Normally they all gather around the mission control to watch the launch, but that was not allowed for this launch," she said.

But that didn't stop the celebration — once the spacecraft launched, the entire floor broke out into cheers, she said.

"The excitement was like nothing else. Not only had people worked hard to make Demo-2 a success, but it was a huge step in getting to Mars," Rucker said.

At SpaceX, Rucker mostly focuses on analyzing failed parts. Her goal is to figure out where the problem occurred.

"Most of the failures come in after a part has done environmental testing," she said.

Rucker also works on a device to help the printed circuit board, also known as PCBs, communicate more effectively.

The team Rucker's a part of at SpaceX works on the avionics components that went on Falcon 9, Dragon, Crew Dragon and Starship.

Rucker said she's found mentorship at every turn in the company.

"Everyone I've met that works on my team or with my team was super helpful," she said. "If I ever have questions about something, they make sure to help."

Rucker said she loves working at SpaceX because of the passion within the company.

"The engineers enjoy the work that they do," she said.

Rucker's internship is a 13-week program, which ends on Aug. 7.

Rucker plans to graduate in May 2021. After graduation, she plans to attend graduate school for electrical engineering with a focus in electromagnetics and radiofrequency.

"My dream is to work on antennas for spacecraft while getting to travel around the world for work," she said.