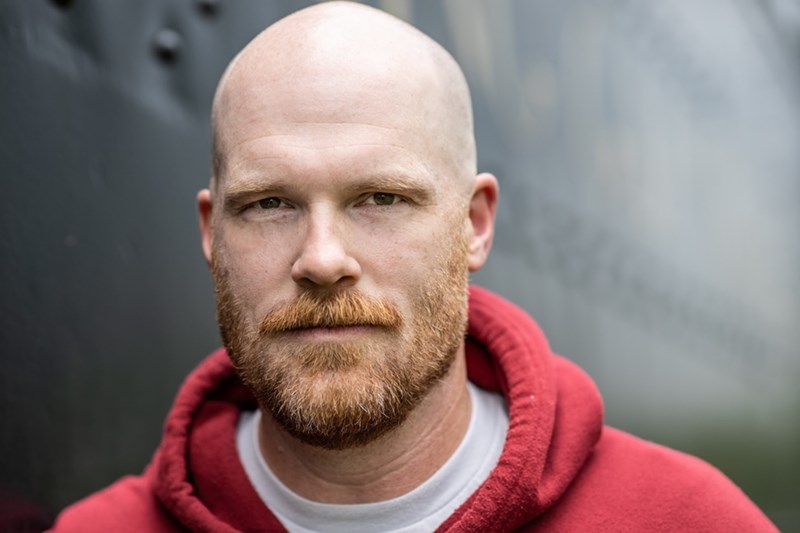 Two finalists were also named: Craig Blais for his collection Moon News and Madeleine Wattenberg for her collection I/O.

The books were selected by former U.S. Poet Laureate Billy Collins and will be published by the University of Arkansas Press as part of the Miller Williams Poetry Series. In addition to publication, McGriff will receive a $5,000 cash prize.

McGriff is the author of four previous poetry collections: Early Hour, Black Postcards, Home Burial, and Dismantling the Hills. He is a former Stegner Fellow and Jones Lecturer at Stanford University, and his work has been honored with a Lannan Literary Fellowship, a New York Times Book Review Editors’ Choice, a Ruth Lilly Fellowship, and a grant from the National Endowment for the Arts.

Originally from Coos Bay, Oregon, he teaches creative writing at the University of Idaho.

Blais is the author of About Crows, which won the Felix Pollak Prize in Poetry and the Florida Book Award. A finalist for the Walt Whitman Award and National Poetry Series, his poems have appeared in the Denver Quarterly, Hotel Amerika, Los Angeles Review, The Southern Review, and the Yale Review. He is an associate professor of English at Anna Maria College and lives in Massachusetts.

I/O will be Wattenberg’s first published book. Her poetry has appeared in The Rumpus, Puerto del Sol, sixth finch, DIAGRAM, Ninth Letter, Guernica, and Best New Poets. Originally from Kalamazoo, Michigan, she is a PhD candidate at the University of Cincinnati.

The prize and series are named in honor of acclaimed poet Miller Williams, founding director of the University of Arkansas Press and long-time professor in the U of A creative writing program. In 1988 the press published Billy Collins’ debut collection, The Apple that Astonished Paris, under Williams’ directorship.

Collins’s editorship of the series concludes with the 2021 selections. In his six years as editor, Collins has chosen 19 collections of poetry published by the Press. McGriff’s, Blais’s, and Wattenberg’s books will be published in the spring of 2021.

Submissions for the 2022 prize are now open and will be accepted until September 30, 2020, under the editorship of Patricia Smith. Smith is the author of several books, including Incendiary Art, winner of an NAACP Image Award and the Kingsley Tufts Poetry Award. The Press announced Smith’s appointment as editor in February of 2020.