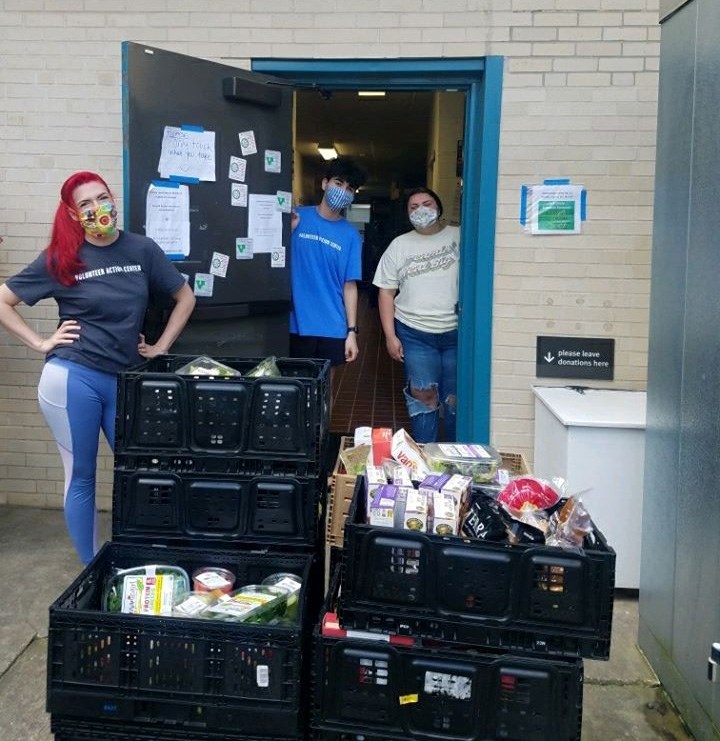 Volunteers at the Jane B. Gearhart Full Circle Food Pantry load in a donation of food supplies.

The Jane B. Gearhart Full Circle Food Pantry has always been an important initiative to the Women's Giving Circle. The pantry received $8,250 from the circle for their Baskets of Hope program in 2013, a $25,000 grant in 2015 and $6,000 in 2016 for their Cooking for the Future program. So when the group found out about the challenges being faced by the pantry during the COVID-19 crisis, they decided to take action.

The circle's annual voting event is typically scheduled for the fall, but an emergency vote was sent out to the membership to determine if funding could be provided to the pantry sooner in this special circumstance.

"The Jane B. Gearhart Full Circle Food Pantry relies solely on donations to our account and donations of goods to operate at the capacity in which we have been so fortunate to operate these past nine years," said Sage McCoy, food programs coordinator for the Center for Community Engagement. "The COVID-19 related campus closures and risks have caused us to cancel all of the large-scale campus food drives that we would have had in the spring semester to keep our shelves stocked."

This spring, the pantry found itself spending about $1,200 per week stocking up on shelf stable goods from the Northwest Arkansas Food Bank and other local grocers. Through the end of April, they had spent nearly 10 times the amount they typically spend in a given year on purchasing additional supplies.

"Students moved out of residence halls, but Fayetteville is still full of undergraduate and graduate students who live here year-round," McCoy said. "Additionally, several staff members found themselves financially challenged, so it’s important to us to fill that gap for those hard-working individuals."

From April 13 through April 22, McCoy noted that more than 43 percent of the visitors to the pantry were visiting them for the first time.

Presented with these facts, voting members of the Women's Giving Circle unanimously approved emergency funding to support the pantry. A $5,000 grant was issued, and the circle challenged its members to contribute individually to the pantry as well. These contributions raised another $7,770 for the pantry, and that amount was matched up to $5,000 by the Women's Giving Circle, bringing their total support of the pantry to $17,770.

"The Women's Giving Circle has a history of supporting projects and programs that address food insecurity," said Caroline Rochelle, president of the circle. "Over the years, the Jane B. Gearhart Full Circle Food Pantry has been incredible stewards of the grants they have received and have put the money to use to help those in need. These are fundamental priorities of the Women's Giving Circle, so we were happy to be able to step in during this difficult time and support this program further."

The Women's Giving Circle was created by the founding members of the Women in Philanthropy Committee of the Campaign for the Twenty-First Century. Since 2003, the circle has awarded over $1.4 million in funding to faculty and staff members from various departments and academic units at the university. This year marks the 18th year of funding for the circle.