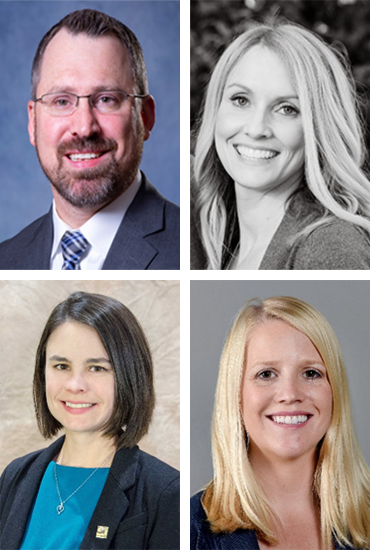 The Arkansas Academy of Biological and Agricultural Engineers has inducted four new members.

The induction ceremony took place April 24, 2020 as a virtual meeting. 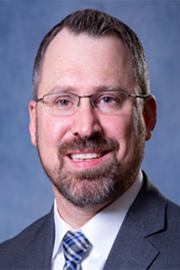 A. J. Kaufman is a partner at Hawkins-Weir Engineers working out of their Little Rock office. He is a native Arkansan, having grown up in McGehee and attended high school at Subiaco Academy. He lives in Faulkner County with his wife Stephanie and their three children.  He is an avid outdoorsman and enjoys hunting, fishing and attending his children's sporting events. He has been responsible for the planning, design, and contract administration on multiple water and wastewater projects throughout the state. He is a 2007 graduate of the University of Arkansas with a B.S. in Biological Engineering and is a registered professional engineer in Arkansas. 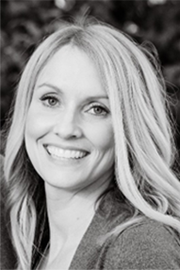 From 2008-2013, Massey served as the project manager for the Arkansas Water Resources Center, a unit of the Arkansas Agricultural Experiment Station within the University of Arkansas System Division of Agriculture. As project manager, her research activities focused on water quality modeling and the fate and transport of nutrients and sediments in northwest Arkansas streams. During this time, she also was co-instructor for the biological engineering design studio course at the University of Arkansas. Through this experience, she found her passion for teaching.

Massey teaches the Introduction to Engineering course sequence for first-year engineering students and is the course coordinator for the Honors Innovation Experience. Her interests and research center around academic success in engineering study, and she is currently working on her certification as an academic life coach. In 2018, she received the Five-year Service Award for dedicated service to the First-Year Engineering Program. She is an active volunteer with FIRST LEGO League and was named Outstanding Volunteer for FIRST LEGO League Arkansas in 2018.

She currently resides in Fayetteville with her husband, Colin, and their two daughters, Adelie and Arden. They enjoy spending time outdoors, whether gardening, hiking, camping or floating the beautiful rivers of Arkansas. 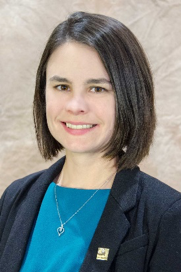 Kathryn McCoy is a hydraulic engineer with almost nine years of experience as a consulting engineer. Her main areas of expertise are hydrologic and hydraulic modeling and analysis. McCoy is a project manager at Garver in North Little Rock, and currently manages the H&H components of several projects, including hydraulic bridge and roadway analyses for both departments of transportation and municipalities, drainage and flood studies, FEMA application projects, stormwater drainage studies and airport drainage studies. She has worked on several projects involving one- and two-dimensional hydraulic analysis of streams and complex drainage systems. Project types have ranged from bridge and roadway projects to drainage studies to dam breach analyses. She has extensive experience working on FEMA-related projects, including detailed stream studies and Letters of Map Revision (LOMRs). McCoy previously performed several tasks as part of the Arkansas Cooperative Technical Partners Program.

McCoy graduated from the Department of Biological Engineering in 2009 and went on to receive her master's in Civil Engineering from the University of Arkansas in 2012, where she focused on environmental engineering and completed a thesis on comprehensive drainage studies. She has since become licensed as a professional engineer in multiple states and is a certified floodplain manager.

McCoy is an integral part of the Hydrology & Hydraulics team at Garver and has developed quality control processes for the hydrologic and hydraulic models produced by the team. She has an eye for details and works well with her group to provide clients with the best product. She was a 2019 nominee for the Spirit of Garver award.

In addition to her work at Garver, she is an active member in the Arkansas Floodplain Management Association and the Arkansas Chapter of WTS International, a professional organization dedicated to supporting and promoting women working in transportation-related careers.

McCoy lives in central Arkansas with her husband, Jesse, and two children, Caleb (8) and Caroline (4). She is an active member of Landmark Baptist Church in Romance, where she serves as church clerk. 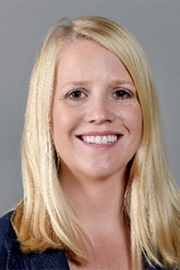 Becca Logsdon Muenich is originally from Springdale. Influenced by the rapidly-changing ecosystems of Northwest Arkansas, she pursued her B.S. in biological engineering from the University of Arkansas, along with minors in mathematics and geology. She completed an M.S. and Ph.D. in agricultural & biological engineering at Purdue University, where her focus was on quantifying ecosystem service trade-offs in agricultural systems. From there, she completed a postdoctoral position at the Graham Sustainability Institute at the University of Michigan focused on addressing the recurrence of harmful algal blooms in Lake Erie. She joined Arizona State University as an assistant professor in the School of Sustainable Engineering and the Built Environment in the fall of 2017, where her research focus has been on applying and advancing environmental modeling and analysis methods to evaluate trade-offs and identify solutions at the food-energy-water nexus. She has published 22 peer-reviewed articles and her work has been presented over 60 times at national and international conferences, including 5 invited presentations. She has received over $1.3 million in external grants at ASU. She was a recipient of the American Society of Biological and Agricultural Engineering's Robert E. Stewart Engineering and Humanities Award in 2011 and named a New Face of ASABE in 2020. In addition to academic work, she is passionate and active in recruiting and maintaining women in engineering, participating and leading multiple programs throughout her career devoted to the next generation of women engineers.

The process for this year's induction began last summer, with nominations from current members of the Academy. Each inductee "shall hold a degree in Biological Agricultural Engineering from the University of Arkansas at Fayetteville granted at least 10 years prior to election" and is recognized for outstanding contributions to the field of Biological and Agricultural engineering, according to the Academy.

For more information about the Arkansas Academy of Biological and Agricultural Engineers, visit academy-bio-ag-engineering.uark.edu.