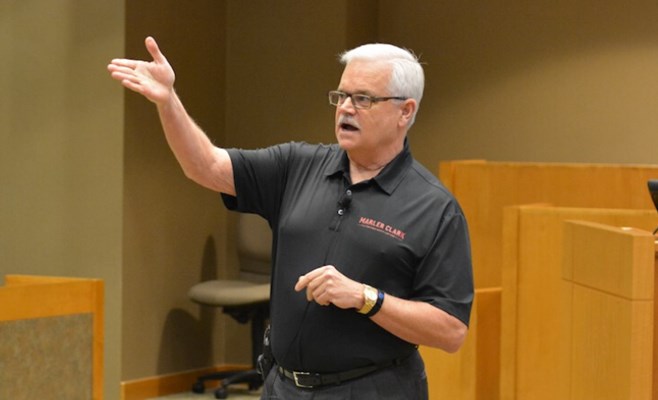 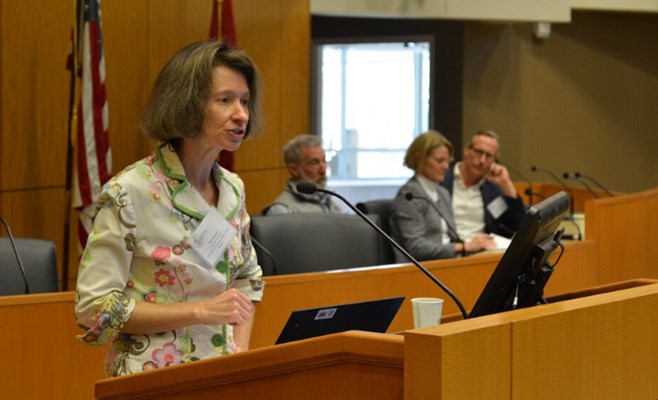 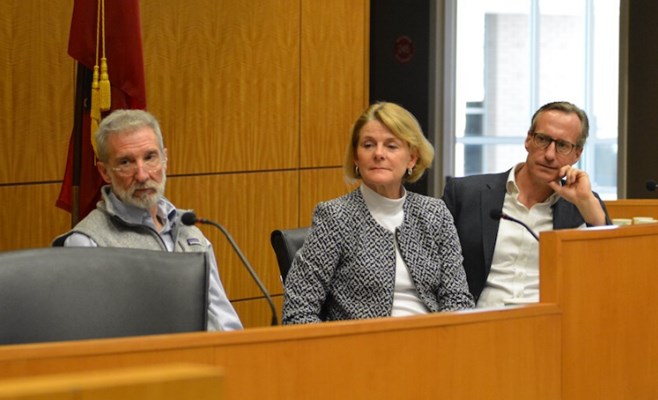 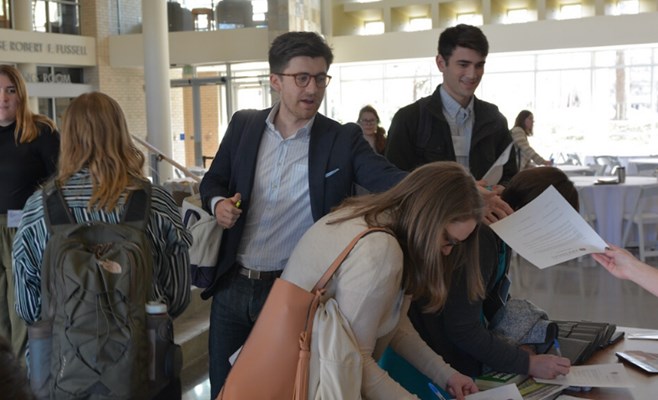 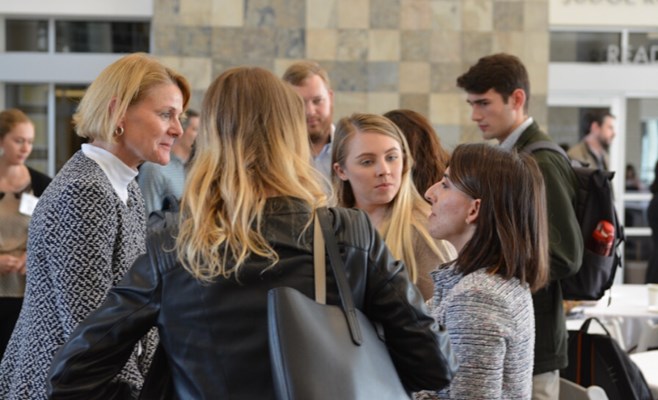 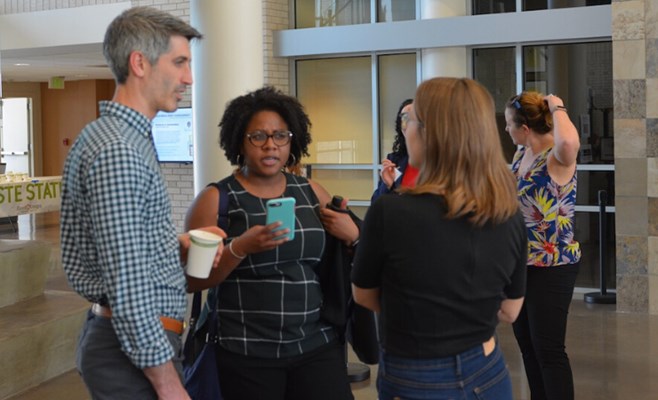 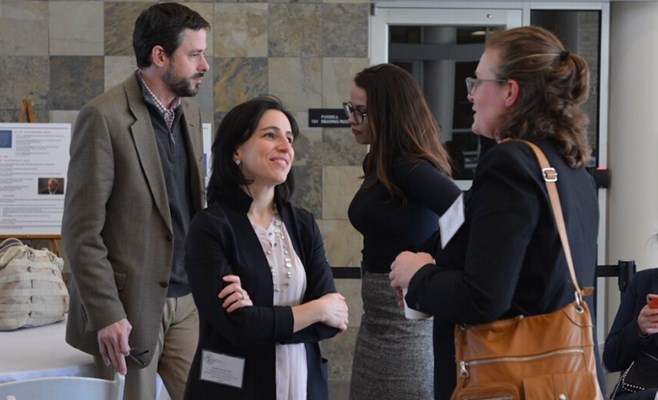 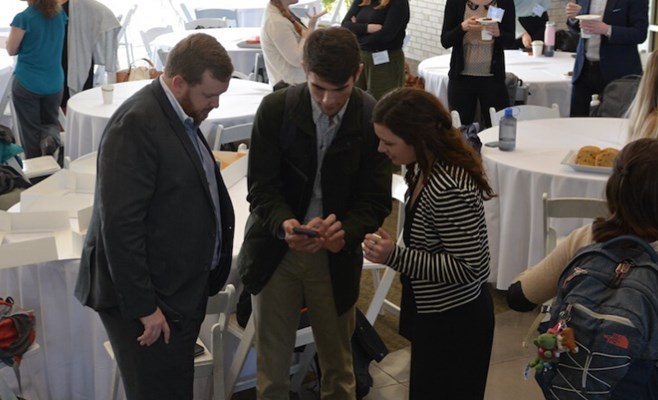 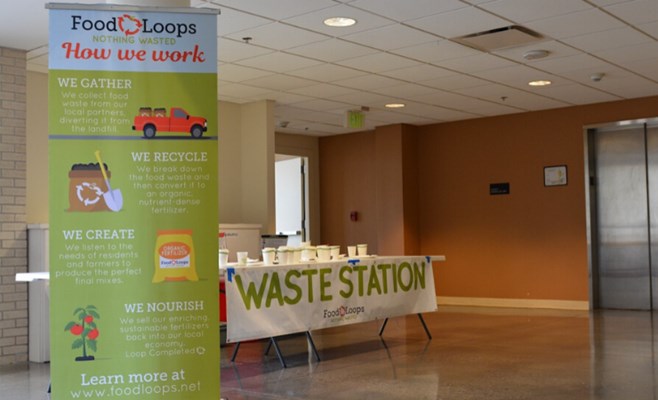 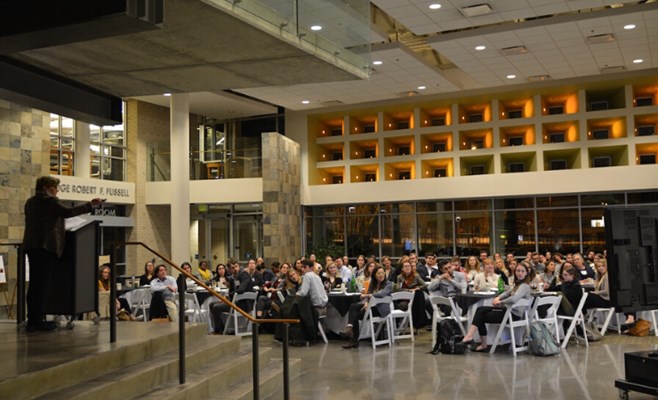 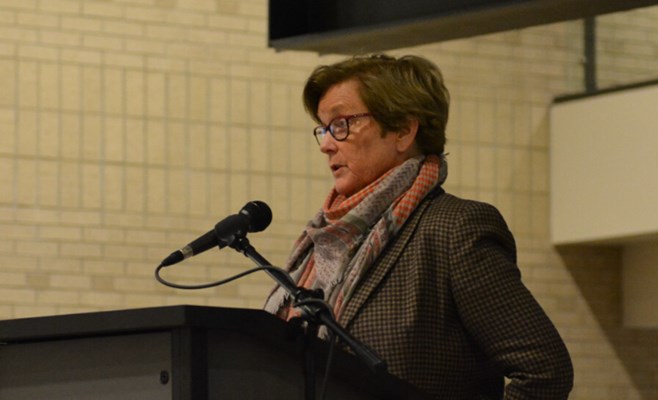 FAYETTEVILLE, Ark. – The University of Arkansas hosted 63 students from 42 law schools and 27 academic, professional and governmental experts Feb. 28-March 1 for the fifth annual Food Law Student Leadership Summit. The event was co-hosted by the Harvard Food Law and Policy Clinic with the support of the National Food Law Student Network.

The summit brings together law students from around the country who share an interest in food law and policy. This year's event included tours of the Tyson Foods Discovery Center and Walmart Culinary and Innovation Center, panel discussions, lectures, seminars, networking sessions and a group simulation.

Marler, an accomplished attorney and national expert in food safety, has become one of the most prominent foodborne illness lawyers and a major force in food policy in the United States and around the world. Marler Clark, The Food Safety Law Firm, has represented thousands of individuals in claims against food companies whose contaminated products have caused life-altering injury and death. For the last 25 years, he has represented victims of nearly every large foodborne illness outbreak in the U.S.

Pingree is a mother, farmer, small business owner and public servant. She was elected in 2008 to represent Maine's 1st Congressional District in the U.S. House of Representatives. She sits on the House Agriculture Committee and the House Appropriations Committee, serving on its Agriculture subcommittee, Interior and the Environment subcommittee and Military Construction and Veterans Affairs subcommittee. She is an advocate for federal policy to better support the diverse range of American agriculture—including sustainable, organic and locally focused farming—as well as to reduce food waste. A few days before arriving on campus, she introduced the Agriculture Resilience Act (ARA), in an effort to reach net-zero greenhouse gas emissions in U.S. agriculture by the year 2040.

The summit was launched in 2015 at Harvard Law School by the Food Law and Policy Clinic, with support from the Charles M. Haar Food and Health Law and Policy Fund and GRACE Communications Foundation. The annual event offers students the opportunity to hear from food law advocates, academics and policy makers; work with a small group to develop and present food law policies; tour local food organizations; and network with their peers from across the country.

The 2020 summit theme was "Food Law and Policy in the Face of Climate Change." Sessions included speakers from industries with sustainability and climate change initiatives, from non-profit groups working on sustainability and resilience issues, and from practicing attorneys who represent farmers and food businesses. Eleven University of Arkansas alumni were among the professionals who presented.

"This is a great opportunity for law students to learn, meet new friends and consider where they fit into the study of food law and policy," said Susan Schneider, director of the LL.M. Program in Agricultural and Food Law at the University of Arkansas School of Law. "With each passing year, legal professionals are increasingly called upon to address the issues that affect our food system. Developing thoughtful leaders on food law and policy is critical to our future."

Food Loops, Ozark Catering and Razorback Food Recovery contributed to the commitment of providing healthy meals for attendees while preventing food waste. Ninety-seven percent of the waste generated was recycled or composted, and extra food was collected and donated to those in need.