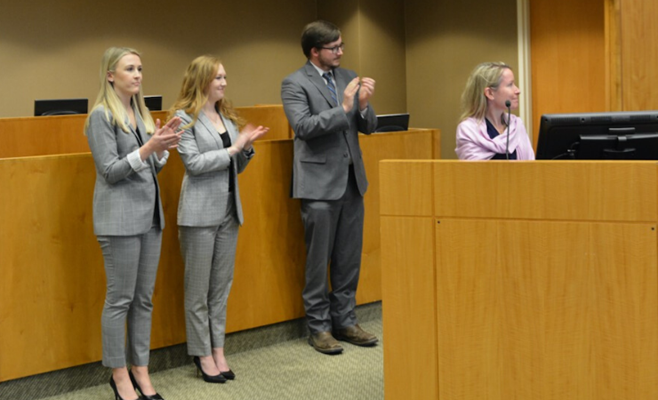 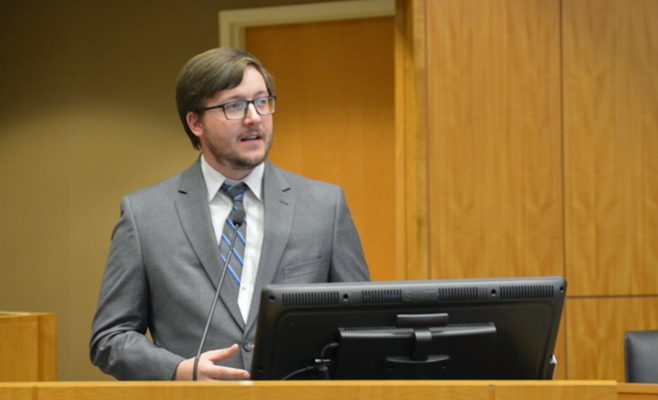 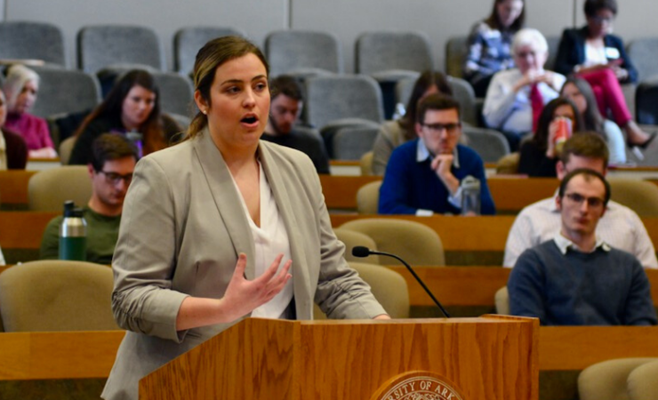 Ashley Wofford Spinazze, for the petitioner, responds to questions from the judges. 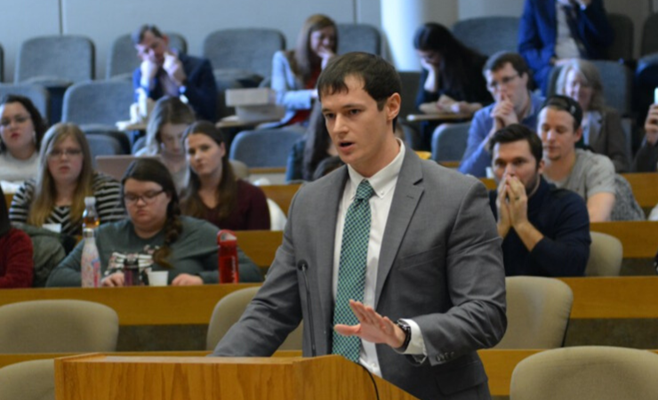 Arthur Jefferson, for the petitioner, responds to questions from the judges. 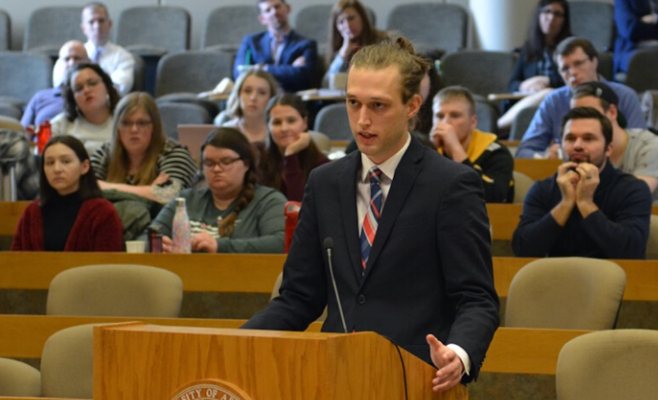 Alex Carroll, for the respondent, responds to questions from the judges. 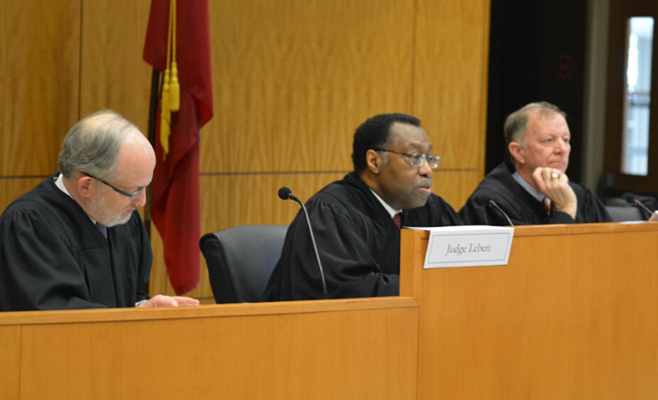 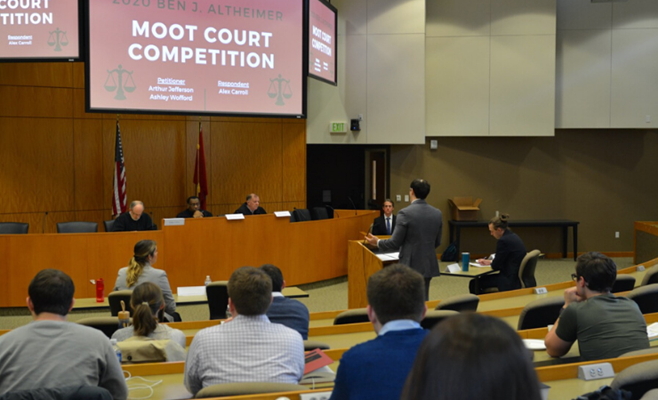 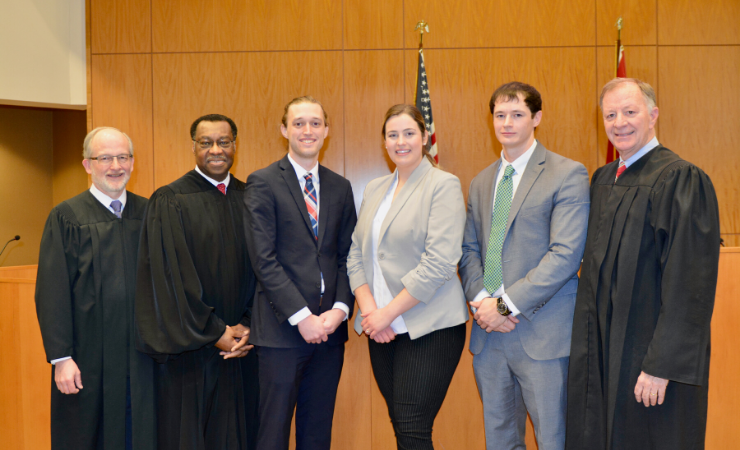 Carroll was also named best oralist of the competition and second-year students Nate Arrington and Caleb Ward were recognized for best brief.

The students presented their cases before the Hon. Lavenski Smith, Chief Judge of the Eighth Circuit Court of Appeals; the Hon. P.K. Holmes III, United States District Judge for the Western District of Arkansas; and the Hon. Steve Leben, Judge of the Kansas Court of Appeals, after emerging from several rounds of competition beginning with a legal brief writing contest and ending with preliminary and knock-out oral argument rounds.

This year's case involved a former medical professor who was terminated after posting a controversial blog entry on his personal website.  Subsequently, the university issued a press release. The professor claimed the release damaged his reputation and made it impossible for him to find employment.

Leben said the students' abilities were similar to the attorneys who argue cases in his court and complemented them for recognizing the value of court competitions.

"You get there by practicing and the value [of this competition] is in the fact that you are already arguing at the level of most practitioners," he said.

Smith called the students' arguments "well-organized" and praised them for having a good grasp of the issues relevant to the case. He reminded them of the importance of anticipating the judges' questions - even the most basic ones - and  being ready to answer.

"Be prepared to talk to the court," Smith said. "You want to have a conversation with the court, not deliver a speech.  Look at the judges' questions as your opportunity to see what is bugging them about the case or what you are saying."

Smith also said he enjoys returning to his alma mater. He and Holmes are both alumni of the University of Arkansas School of Law.

The annual competition, named after Arkansas attorney and philanthropist Ben J. Altheimer, is hosted by the University of Arkansas School of Law Board of Advocates. The student-run board organizes three internal competitions annually - the William H. Sutton Barrister's Union Trial Competition, the Altheimer Competition and either a negotiations or client counseling competition - which lead to the selection of moot court, trial and client advocacy competition teams that travel to regional and national competitions.

The 2019-20 board is the largest in recent school history with 30 members. The students have engaged more than 120 members of the local bench and bar to assist in the internal competitions resulting in nearly 200 hours of continuing legal education credit to attorneys and judges who donated their time.

Third-year students and 2019 finalists Maggie Geren and Nancy Smith are the 2020 Altheimer Competition co-chairs. They were assisted by the 2019-20 Board of Advocates members and executive committee members. Professors Amanda Hurst and Danielle Weatherby serve as faculty advisers, supported by Carl Circo, who is the Ben J. Altheimer Professor of Legal Advocacy.