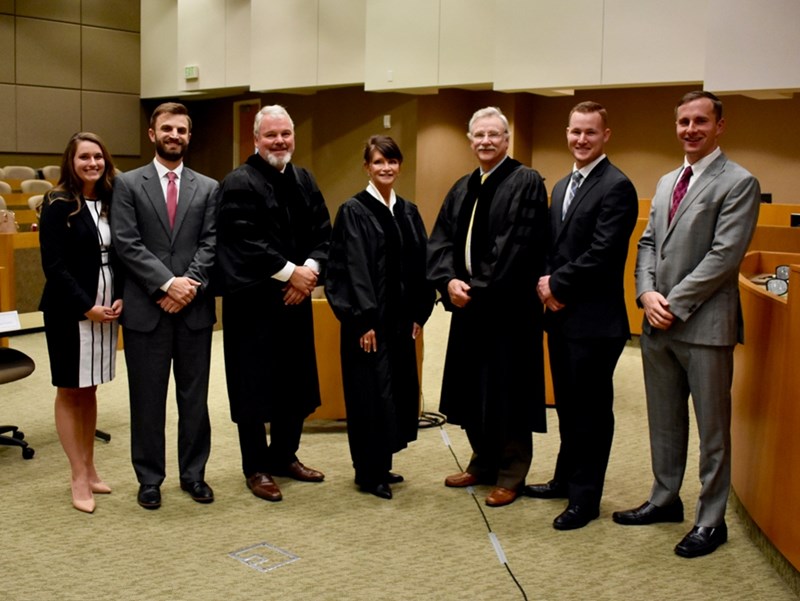 The championship, held Friday, Oct. 11, in the E.J. Ball Courtroom, concluded three weeks and five rounds of competition. One hundred and thirteen practicing attorneys and legal scholars served as judges earning more than 100 hours of continuing legal education credit for their participation. Student involvement included 64 competitors and more than 64 additional volunteers who served as witnesses or timekeepers, making this one of the largest competitions in school history.

Students Courtney Brooks and Duncan Street, members of the school's Board of Advocates, co-chaired the competition, which is one of several presented by the board each year. The Board of Advocates is a student-run organization that promotes the extra-curricular development of practical skills, in both oral and written advocacy, through practice and participation in both internal and external competition.

The Sutton Trial Competition is held annually and is named for William H. Sutton (1931-2015), a 1959 graduate of the University of Arkansas School of Law with a distinguished legal career that spanned more than five decades.