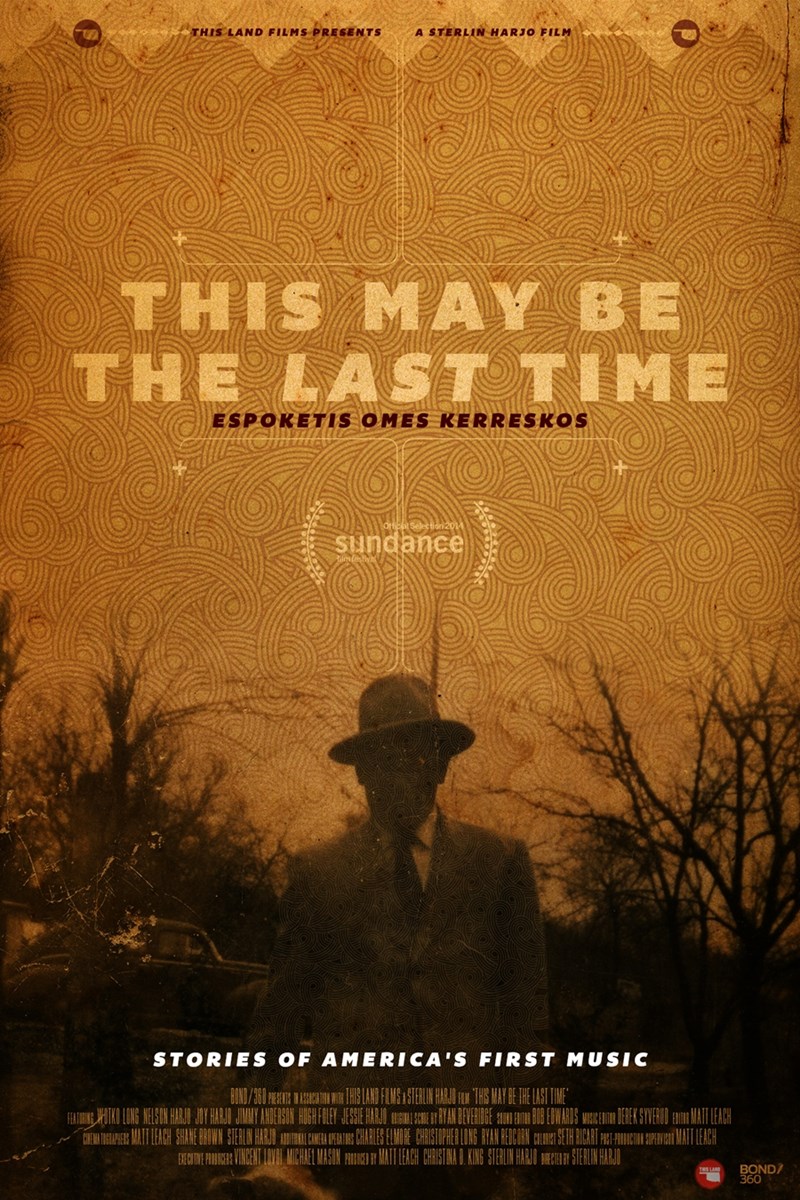 Join The David and Barbara Pryor Center for Arkansas Oral and Visual History and the School of Journalism and Strategic Media in the J. William Fulbright College of Arts and Sciences this semester for four evenings with celebrated Indigenous storytellers.

Harjo will screen his 2014 documentary, This May Be The Last Time, and speak about his experience telling Native stories in film and television.

Part music history, part mystery, This May Be The Last Time investigates the 1962 disappearance of Harjo's grandfather in the Seminole County town of Sasakwa. Unearthing threads that carry the past into an uncertain future, the documentary explores Mvskoke (Creek) hymns and their ties to Scottish, folk, gospel and rock music.

All four Indigenous storyteller events are free and open to the public at the Pryor Center. The additional upcoming events include:

Brown is a cinematographer and photographer who has been working in Oklahoma's film industry since 2005. His work has appeared in the New York Times, been broadcast nationwide and premiered at the Sundance Film Festival. His latest photography project, In the Territories, documents the dichotomies and convoluted histories present in the American state of Oklahoma.

Herrera is an award-winning multi-media journalist. She currently works as editor of climate and environment for Colorado Public Radio and was previously an assignment reporter for PRI's The World. Her work has aired on National Public Radio, Reveal for The Center for Investigative Reporting and National Native News. She is currently co-producing a podcast produced and set in Indian Country.

Barnoski is a musician, fine artist, and graphic designer currently pursuing an M.F.A. in printmaking from the University of Arkansas. Her personal work in both visual art and music is fueled by cultural survival and creating pathways to encourage future generations of Indigenous peoples. Recently, she was awarded a grant to pursue a billboard project along the Trail of Tears to promote contemporary Indigenous artists within the tribal nations affected.