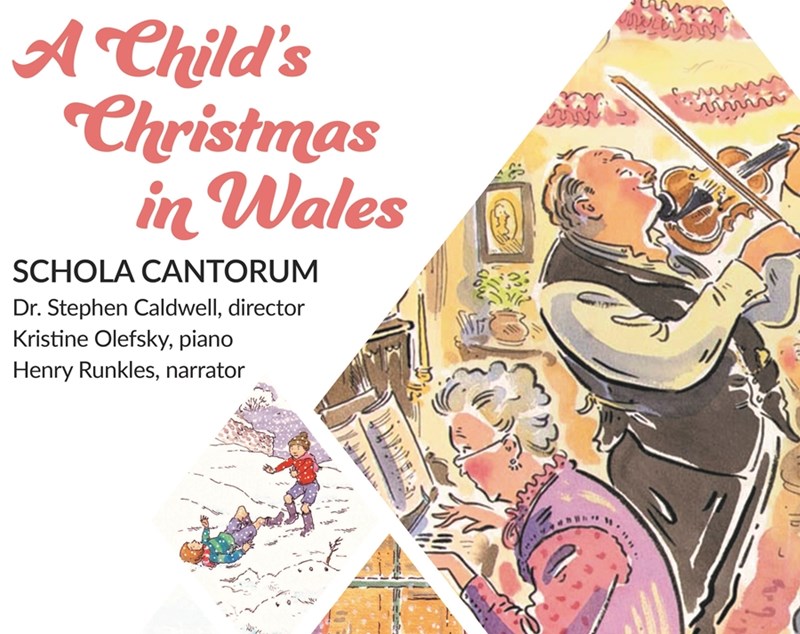 The Schola Cantorum will sing its sixth annual presentation of "A Child's Christmas in Wales" at 7:30 p.m. Tuesday, Dec. 10.

The concert is a synthesis of spoken word drama and music. The deep burnished baritone voice of professor Henry Runkles will give life to the famous Dylan Thomas poem, while the choir interpolates music into and over the drama.

The concert lasts about 70 minutes, with no intermission.

This year's music is special in that all 22 musical selections are the original compositions and arrangements of Schola Cantorum's director, Stephen Caldwell. Of the 22 pieces, eight are new works composed this fall and will receive their premieres during the concert.

The concert will be at 7:30 p.m. Tuesday, Dec. 10, at the Faulkner Performing Arts Center. Tickets are $10 general admission, $5 for students and seniors.