U of A Recognized at Construction and Developers Awards Banquet 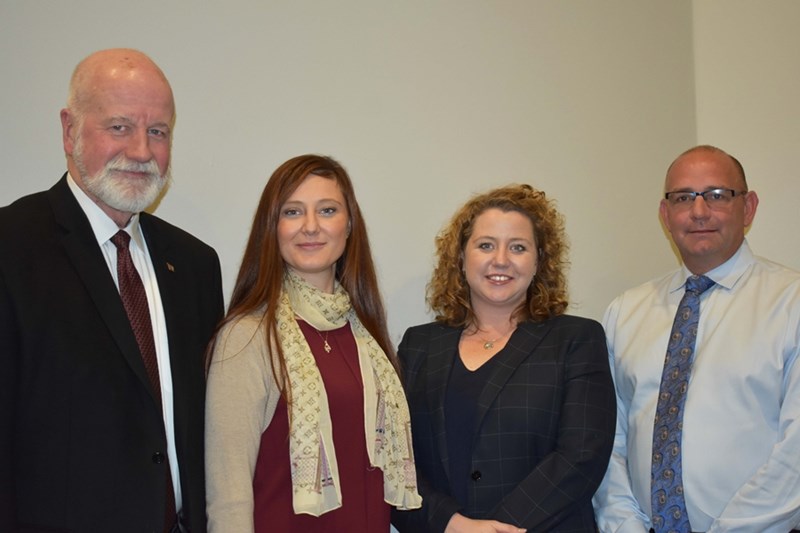 FAYETTEVILLE, Ark. – The University of Arkansas received three awards at the Fayetteville Chamber of Commerce Construction and Developers Awards Banquet on Monday, Oct. 21.

The banquet focused on recent construction projects in Northwest Arkansas and the impact they have on the economy, users, or innovation and design as well as the teams in charge of those projects.

The university, represented by members of Facilities Management, Greek Life, University Housing, and the Pat Walker Health Center, took home three of the 11 awards available including the Legacy Award, the Natural State Award, and the Health and Wellness Award.

"It is always an honor for the University and the entire project team when the Fayetteville Chamber of Commerce recognizes one of our construction projects for its positive impact on the community," said Dan Clairmont, director of engineering and construction. "Most importantly for me, the event highlights the mutually supportive relationship the University enjoys with the City of Fayetteville and the entire complement of design and construction talent in Northwest Arkansas."

The Delta Delta Delta, or Tri-Delt, Renovation and Expansion project earned the Legacy Award for the project's commitment to preserving the original 1930s building design. After receiving Board of Trustee approval in November 2016, the project was completed in October 2018 and included expanding the house on both the east and west sides.

The Pat Walker Health Center Addition received the Health and Wellness Award. Along with the two-story addition which added multipurpose classrooms, Pat Walker has also received Leadership in Energy and Environmental Design, or LEED, certification. This certification is an independent green building certification for resource-efficient, healthy, and cost-effective buildings and design. Approved by the Board of Trustees in November 2015, this project was completed in August 2019.

The new Adohi Residence Halls were awarded the Natural State Award for the use of natural materials and its positive impact on the Arkansas economy. The new, 708-bed residence halls are the nation's first large-scale mass timber residence. The project, which was approved in November 2016, was completed in August.