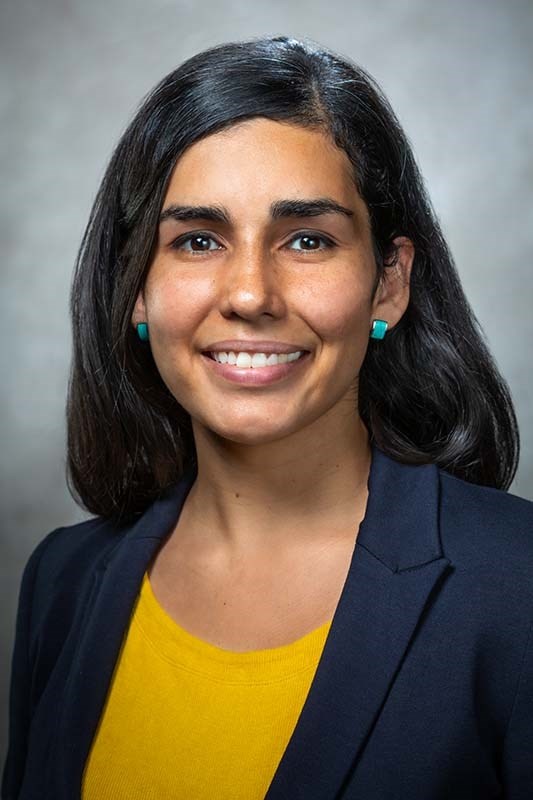 FAYETTEVILLE, Ark. – As part of an international research group based at the Smithsonian Museum of Natural History, anthropology assistant professor Amelia Villaseñor contributed to a large, multi-institutional study explaining how the human-influenced mass extinction of giant carnivores and herbivores of North America fundamentally changed the biodiversity and landscape of the continent.

In their study published today in Science, researchers from Australia, the United States, Canada and Finland showed that humans shaped the processes underlying how species co-existed for the last several thousand years. Smaller, surviving animals such as deer changed their ecological interactions, the researchers found, causing ecological upheaval across the continent.

The researchers' work has implications for conservation of today's remaining large animals, now threatened by another human-led mass extinction.

The study's primary author is Anikó Tóth at Macquarie University in Sydney, Australia. Tóth collaborated with Villaseñor and several other researchers at the Smithsonian's Evolution of Terrestrial Ecosystems Program, as well as researchers at other institutions.

Tóth and the co-authors focused on how large mammals were distributed across the continent in the Pleistocene and Holocene geological epochs. (The Pleistocene Epoch occurred from about 2.5 million to 11,700 years ago. Starting at the end of the Pleistocene, the Holocene is the current geological epoch.) To do this, the researchers analyzed how often pairs of species were found living in the same community or in different communities.

To rule out community changes that were the result of reduced diversity or lost associations involving extinct species, the researchers analyzed only those pairs in which both species survived. Prior to the extinction, co-occurrence was more common. After extinction, segregations were more common.

Villaseñor's research focuses on human fossil remains as a way to understand how human ancestors interacted with mammal communities for the last 3.5 million years. Her more recent research explores how modern humans have shaped today's ecosystems.

"Rather than thinking of humans as separate from 'natural' environments, our research has illuminated the major impacts that humans have had on the ecosystem for many thousands of years," Villaseñor said. "The results of this paper and others from our group illuminate the outsized impacts that human-mediated extinction has had in North America."

By the end of the Late Pleistocene in North America, roughly 11,000 years ago, humans contributed to the extinction of large mammals, including mammoths and sabre-toothed cats. Recent work, driven by today's crisis in biodiversity, has looked at understanding the ecological and evolutionary legacies of this event. There was ecological transformation across the continent — the mammoth steppe disappeared, vegetation and fire regimes changed and large carnivores were lost.