Honors College Lecture Explores the Origins and Legacies of the Gothic 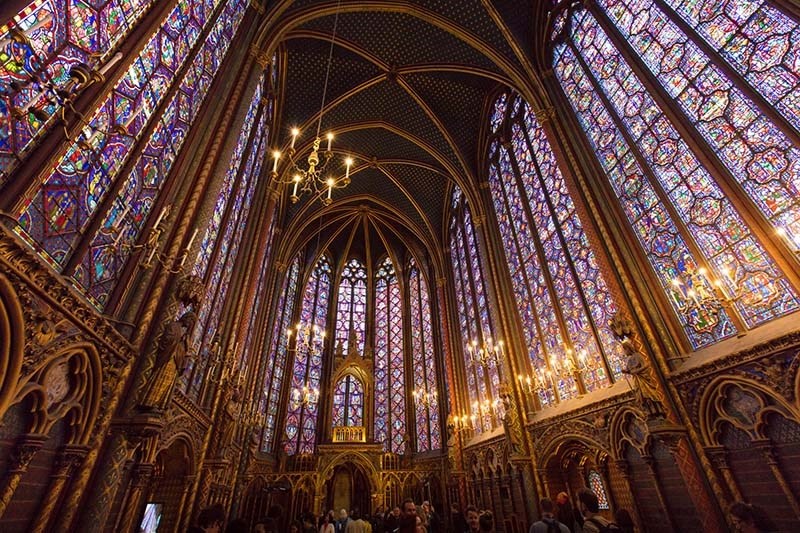 The Gothic style of architecture has impacts well beyond the bounds of its origins, today influencing religion, politics, economics, and other aspects of our lives.

FAYETTEVILLE, Ark. – On April 15 of this year, the world watched with their hearts in their throats as the spire of Paris’ Notre Dame Cathedral crashed to the ground, a casualty of the flames that engulfed the roof and nearly destroyed the historical church. The subsequent outpouring of grief and monetary pledges to help rebuild were unprecedented for a national monument. Is Notre Dame special? If so, what makes it so?

The lecture will consider the hold that Gothic art and architecture still have on the 21st-century imagination and why a beguiling architectural “style,” if that’s all that it is, birthed in the 13th century still matters in the 21st. All on campus and in the community are invited to attend this free event.

This talk serves as a special preview for the pair’s spring 2020 Honors College Signature Seminar Gothic, which will trace the history of the architectural style and explore its influences.

The Gothic style emerged in Paris in the Middle Ages, and it’s always held a certain fascination for the public, said Dean Coon: “It has something to do with the history of technology, with the building program of gothic structures, and the grandeur of its emergence in Paris, at a weird time – the 13th century – when we see a combination of brilliance and some progressive moments coupled with very tough living.”

The different roles the Gothic style has played through time will be a key topic in the course, Kim Sexton said, as “each architectural style comes with different nationalistic baggage.” France, for example, long resisted its own ties with the Gothic because of the close association of the style with royalty, which had negative connotations in the post-revolutionary country.

Beyond technology and politics, “This class will discuss the ‘idea’ of the Gothic,” explained Sexton. “We will explore the Gothic revival and medievalism in the late 18th/early 19th centuries.” This means that students will be able to explore the Gothic beyond its immediate ties to architecture and history: the course will cover the movement as it relates to gender norms, the history of medicine, revolution, theology, technology, government and politics.

This interdisciplinarity is a hallmark of Honors College Signature Seminars, and is evident in both the course content as well as in the makeup of the class itself.

Honors College Signature Seminars are open to all honors students, regardless of major, but students must apply for each course. The application deadline is 11:59 p.m. Friday, Nov. 1.

Coon and Sexton’s public lecture serves as a preview for their Honors College Signature Seminar, “Gothic,” scheduled for spring 2020. The Signature Seminars, designated HNRC 4013H in the university’s Catalog of Studies, have addressed topics ranging from the evolutionary tales told by fossil teeth to the neuroscience underpinning human response to music and music making.

Two other Signature Seminars will be offered next spring: “Church & State,” taught by Mark Killenbeck, professor of law, and “Violence,” led by Ram Natarajan, professor of anthropology in the Fulbright College of Arts and Sciences.

Deans of each college may nominate professors to participate in this program, and those who are selected to teach will become Dean’s Fellows in the Honors College. Over time, the Honors College plans to bring in leading scholars from other institutions to teach some of these courses, as well.

Honors students must apply to participate, and those selected will be designated Dean’s Signature Scholars. The course application is posted online on the Signature Seminars web page. 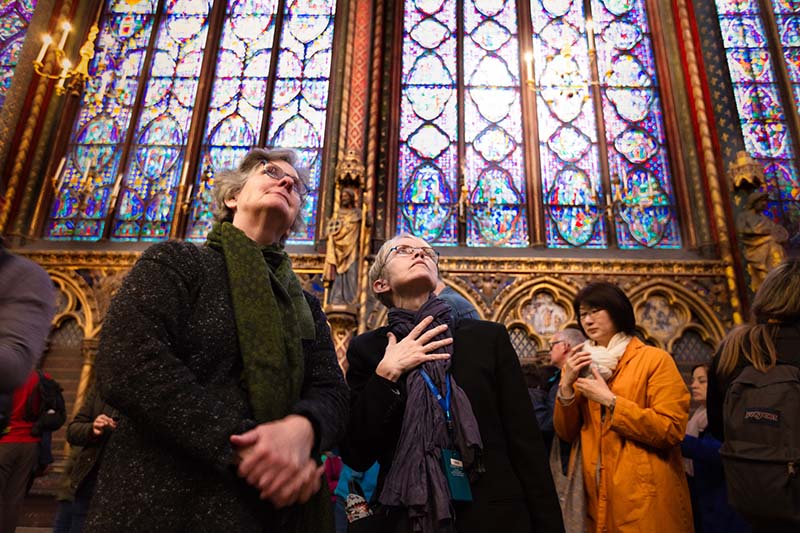 Lynda Coon, left, and Kim Sexton marvel at the stained glass windows and Gothic architecture of the Sainte Chapelle in Paris.

Lynda Coon’s research focuses on the history of Christianity from circa 300-900. Her first book, Sacred Fictions: Holy Women and Hagiography in Late Antiquity, explored the sacred biographies of holy women in late antiquity. Her second book, Dark Age Bodies: Gender and Monastic Practice in the Early Medieval West, focused on the ritual, spatial and gendered worlds of monks in the Carolingian period (ca. 750-987). She is currently researching a book on imagining Jesus in the Dark Ages and finishing up another project co-authored with Kim Sexton, Medieval Bodies/Medieval Spaces. Coon is dean of the Honors College.

Kim Sexton’s research focuses on the history of architecture from late ancient Christianity through the Italian Renaissance. Her first book is an interdisciplinary study of urban architecture in Renaissance Italy. She recently edited a pioneering collection of essays on the relationship between architecture and the body. Sexton has also published articles in the top journals in architectural and art history, including the Journal of the Society of Architectural Historians and Art Bulletin. Sexton and Coon are co-authoring a book, Medieval Bodies/Medieval Spaces. This seminar on the Gothic will frame one of the chapters of that monograph. Sexton is an associate professor of architecture in the Fay Jones School of Architecture and Design.

About the Honors College: The University of Arkansas Honors College was established in 2002 and unites the university’s top undergraduate students and professors in a learning environment characterized by discovery, creativity and service. Each year the Honors College awards up to 90 freshman fellowships that provide $72,000 over four years, and more than $1 million in undergraduate research and study abroad grants. The Honors College is nationally recognized for the high caliber of students it admits and graduates. Honors students enjoy small, in-depth classes, and programs are offered in all disciplines, tailored to students’ academic interests, with interdisciplinary collaborations encouraged. Fifty percent of Honors College graduates have studied abroad and 100 percent of them have engaged in mentored research.