Levine to Lecture on Jews and Greeks in Ancient Egypt and the Alexandrian Library, Oct. 14 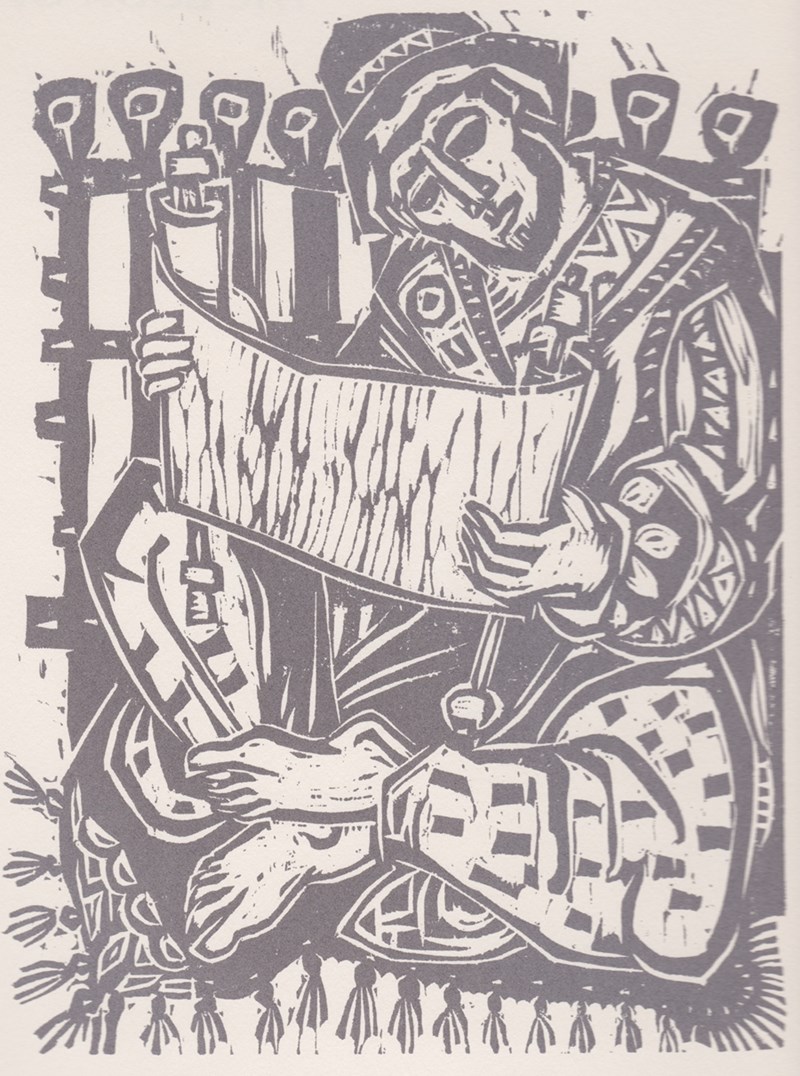 Woodcut by Nikos Stavroulakis from The Book of Jeremiah: A New Translation, by Bernard J. Bamberger. (JPS: Philadelphia, 1973)

Classics professor Daniel B. Levine will present his recent research on the second-century B.C.E. Greek "Letter of Aristeas," which is the earliest text that mentions the Alexandrian Library, at 6 p.m. Monday, Oct. 14 in Gearhart Hall room 26.

The Alexandrian Library is an institution that the Letter uses to advance the ideological agenda of Alexandria's Hellenistic Jewish community.

The Letter describes the creation of the Greek translation of the Hebrew scriptures (Septuagint), and emphasizes the sanctity and legitimacy of the Septuagint by associating the Torah's translation with the Ptolemaic Library.

Levine's research positions the Septuagint's creation in the context of Mesopotamian and Egyptian practices of depositing sacred texts in temples. The Letter thus attempts to increase the Septuagint's prestige by implying that the Alexandrian Library is a holy place, akin to Babylonian, Assyrian, Hittite and Egyptian temple libraries (and even archives such as the Athenian Metroön) that preserved important documents—under a god's protection.

The Beta Pi chapter of Eta Sigma Phi, the national Classical Studies undergraduate honorary society, is a sponsor of this lecture.