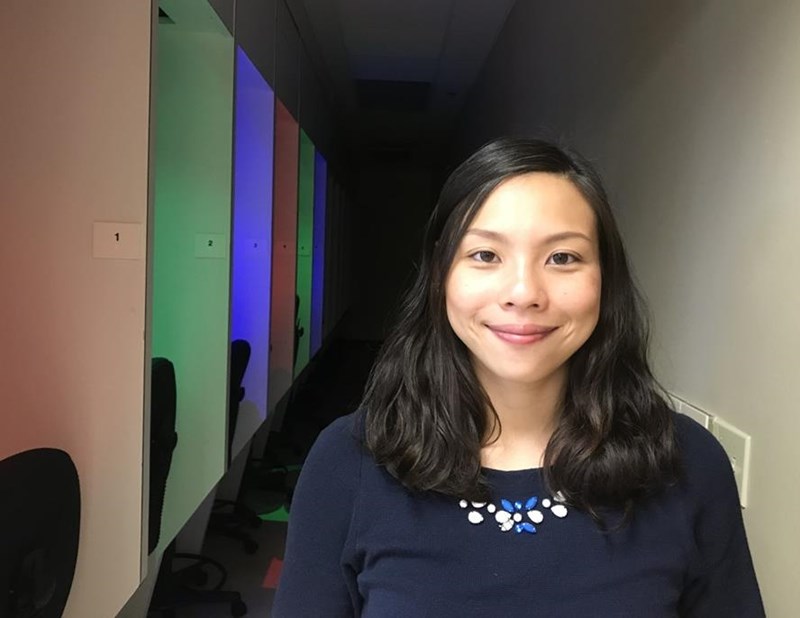 Ragita Pramudya, a doctoral student in the Food Science Department at the University of Arkansas, received the Rick Bell Memorial Travel Scholarship Award at the 2019 Pangborn Sensory Science Symposium held from July 28 to Aug. 1 at the Edinburgh International Conference Centre, Edinburgh, Scotland. The Pangborn Sensory Science Symposium, named after Rose Marie Pangborn, a pioneer of sensory and consumer science, is a prestigious biannual international meeting focusing on both basic and applied sensory research, with more than 1,000 attendees from academia and industry all around the world.

The Rick Bell Memorial Scholarship, in memory of the co-chaired of the 2003 Pangborn Sensory Science Symposium in Boston, has been awarded to one graduate student to cover travel and attendance to the Pangborn Sensory Science Symposium. The awardees have been selected based on the five criteria as follows: Evidence of 1) an interdisciplinary approach to conducting sensory and consumer research, 2) innovation in conducting sensory and consumer research, 3) passion for research, 4) working with other people (teamwork), and 5) extracurricular activities, especially music and the arts.

With the kind support of this travel award, Pramudya was able to present three posters at the meeting. Her presentations highlighted variations in sensory perception and liking of coffee beverages as a function of olfactory pathways, tactile sensation, and product temperature.  "I am very honored and privileged to have received the Rick Bell Memorial Travel Award from the Pangborn Sensory Science Symposium Committee and to be acknowledged for my academic and research contributions. This award has tremendously helped me to attend the Pangborn Symposium, where I hope to gain more insights about the trends and improvements in the field, so that I can positively contribute more towards the future of the field and apply the concepts to induce positive and healthy eating experiences." Pramudya said.

Pramudya, who is from Indonesia, earned her bachelor's degree in Food Science from the University of Wisconsin, Madison, WI and received a master's degree in Food Science with a focus on sensory and consumer science from the University of Arkansas, Fayetteville, AR. Since Fall 2018, Pramudya has been focusing on her doctoral research on cross-modal interaction between hand-feel touch and chemosensory cues. She also won the Rose Marie Pangborn Gradauate Student Oral Competition Award (3rd place) at the annual national meeting of Institute of Food Technologist in 2018.

Pramudya's advisior, Han-Seok Seo, an associate professor of sensory science said. "This is a prestigious and competitive scholarship award. I heard that Ragita has been selected from a very large number of excellent applications from young talented sensory and consumer scientists. Ragita is incredibly passionate about her research, learning, and teaching in the field of sensory and consumer science. She is not only scientifically productive, but also thoughtful in sharing her knowledge and skills with colleagues. All lab members love working with Ragita, such an innovative and talented science artist in dancing, music, badminton, and cliff climbing. I am truly proud of her!"