FAYETTEVILLE, Ark. – Four talented, driven Arkansas high school graduates will be joining the distinguished list of Sturgis Fellows in the J. William Fulbright College of Arts and Sciences this fall.

“These students are among the best and brightest young scholars in Arkansas, and we are excited to honor them with one of the university’s most esteemed fellowships,” said Todd Shields, dean of Fulbright College. “We can’t wait for them to join the Fulbright College family, and to see all the amazing things they’ll continue to accomplish.”

The Sturgis Fellowship is the University of Arkansas' oldest and among its most prestigious fellowship programs. It awards each fellow $72,000 over four years, covering tuition, room and board, and provides support for educational tools such as computer hardware and software, high-quality musical instruments, professional journals and participation at academic conferences. Sturgis Fellows must pursue a major within Fulbright College, complete an intensive academic program and graduate with honors. They are also encouraged to study abroad.

The fellowships are made possible by the continued support of the Roy and Christine Sturgis Charitable and Educational Trust.

“We are so grateful for the Sturgis’ support, which has funded this vital program for more than three decades,” said Kirstin Erickson, director of the Fulbright College Honors Program. “Because of the incredible living legacy they’ve created, so many amazing student-scholars have been able to further their studies both here and abroad.”

About the 2019 Sturgis Fellows: 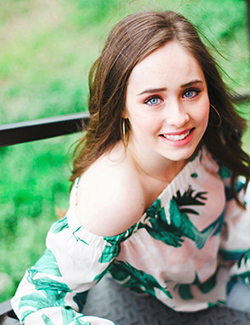 Ashlyn DesCarpentrie, a graduate of Bryant High School with High Distinguished Honors, was an A.P. Scholar with Distinction, a member of National Honors Society, and on her youth group's leadership team. She volunteered in her church's children's ministry and has been on multiple national and international mission trips. She served as student coordinator for the nonprofit organization The CALL and worked as their administrative assistant. She was a dance student trained in various styles, a dance teacher and choreographer, and an NRECA Youth Tour Delegate. She was also published by The New York Times for their 2018 Student Editorial Contest and won two A.P. language and composition awards. She is majoring in biochemistry and hopes to become a scientific journalist. Her parents are Branden and Julia DesCarpentrie. 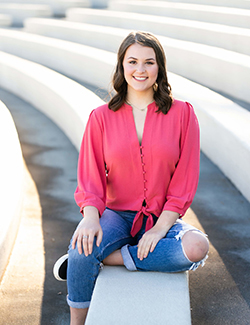 Emily Furlow, a graduate of Fayetteville High School, was actively involved in community service in and out of school as an FHS Ambassador, a member of National Honor Society, Mu Alpha Theta, Spanish National Honor Society, spirit and morale clubs Dawg Crew and 26 Club, the dance team, and the service-based ASTRA@FHS branch of Altrusa International of Fayetteville. She was a weekly volunteer at a local elementary school as both a junior and senior. She is an A.P. Scholar with Honors and graduated with Distinguished Honors. She plans to major in psychology with minors in biology and Spanish, with the goal of going to medical school. Her parents are John and Stacy Furlow. 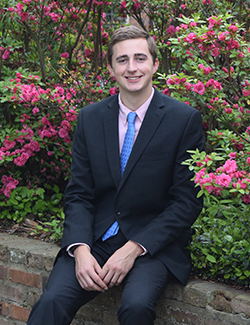 Nicholas Pohlman, a graduate of Prairie Grove High School, was a former A.P. Scholar with Honors and a member of both the basketball and track teams. He has been active in the community and attended Arkansas Boys State. In addition, he was a member of the National Honor Society as well as the Junior Bank Board. He spent much of his time with 4-H and FFA and served as the Ozark District vice-president, as a 4-H State Officer and on the National Junior Angus Association Board of Directors. He volunteers at the Veterans Healthcare System of the Ozarks. He plans to double major in both biochemistry and animal science. His parents are Fred and Tami Pohlman. 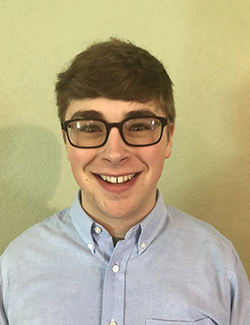 Brendan Wolf, a graduate of Fayetteville High School with Distinguished Honors, was an A.P. Scholar with Distinction, a National Merit Finalist, and the president of his school's Math Honor Society. His service to his school and community theater earned him the title of Honor Thespian from the International Thespian Society. In addition, he has attended UAMS's Medical Applications of Science in Healthcare and previously volunteered at Mercy Hospital in Rogers. He currently volunteers at Arkansas Children's Hospital Northwest and works as a research assistant for the Office for Education Policy. He plans to major in theater with an emphasis on performance, and to attend medical school. His parents are Patrick and Kathleen Wolf.

About the Fellowship: The Sturgis Fellowship in the J. William Fulbright College of Arts and Sciences was established at the University of Arkansas in 1985 through the generous philanthropy of the Dallas-based Roy and Christine Sturgis Charitable and Educational Trust with an endowment of $2 million. The program’s success led to additional gifts in 1992 and 1998, bringing the total program endowment to $10 million. With only 16-20 Sturgis Fellows on campus at any given time, each receives the kind of individual attention from the director, associate director and staff of the Fulbright College Honors Program that delivers a memorable and productive college experience.